The quality and supply of water in India is under threat as the world's second-most populous country struggles with pollution and falling groundwater levels. DW talks to WRI's Tien Shiao on India's water challenges. 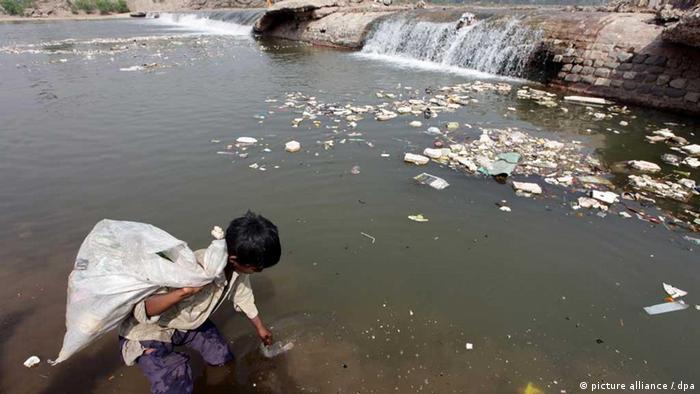 Groundwater levels in India are falling as farmers, city residents and industries drain wells and aquifers, according to the World Resources Institute (WRI). And water that is available is often severely polluted. The situation may only worsen in future, with the national supply predicted to fall 50 percent below demand by 2030.

To track water risk in the country, the WRI launched on February 27 a publically available online tool called "India Water Tool 2.0," which aims to provide a picture of surface and groundwater supply as well as demand in the South Asian country.

The platform, which compiles data from official government sources and WRI's Aqueduct Water Risk Atlas, reveals that more than 100 million people live in areas of poor water quality and that over half of the country faces high to extremely high water stress. According to the United Nations, an area is experiencing water stress when annual water supplies drop below 1,700 cubic meters per person. 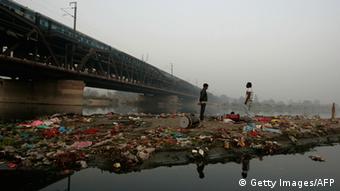 Shiao: 'Both surface water and groundwater resources are polluted due to inadequate wastewater treatment'

In a DW interview, Tien Shiao, a senior associate and expert at measuring and mapping water risks at WRI, says that India's water demand is rising as a result of rapid urbanization and that climate change will only increase risks to the country's water security.

DW: How would you describe India's current situation in terms of water security?

Tien Shiao: India faces water security threats from both water supply and quality. Demand for water is rising as India's rapid industrialization and urbanization accelerates even though water supplies are limited. Groundwater levels are declining at a rapid rate.

Both surface water and groundwater resources are polluted due to inadequate wastewater treatment. Climate change will increase threats to water security and increase the frequency and magnitude of floods and droughts. Furthermore, the future may only be worse, with the national supply predicted to fall 50 percent below demand by 2030. 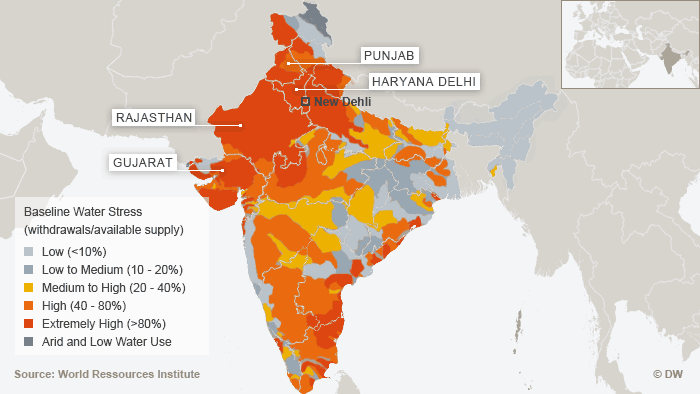 Orange and dark-orange areas in the map above show highly or extremely highly water stressed areas, meaning that more than 40 percent of the annually available surface water is used every year

How fast are groundwater levels declining across India?

Of the 4,000 wells captured in the "India Water Tool 2.0," the water levels of 54 percent dropped over the past seven years with more than 16 percent declining by more than 1 meter (3.2 feet) per year.

More than half of India, or 54 percent, faces high to extremely high stress - meaning that demand is greater than 40 percent of supply. India's water users are turning to groundwater as well as to surface water in order to meet demand.

Farmers in arid areas, or areas with irregular rainfall, depend heavily on groundwater for irrigation. Because the Indian government subsidizes the farmers' electric pumps and places no limits on the volumes of water they extract, we see a widespread pattern of excessive water use and strained electrical grids.

What are the implications for the food and agriculture sector?

The food and agricultural sector uses 90 percent of India's water, making it by far the nation's largest user. India's increasing water stress and the widening gap between supply and demand mean there will be less water for all users, including agriculture, which will increase risks to food security.

Currently, the IWT 2.0 shows that northwest India, the country's breadbasket, is extremely water stressed. The states of Punjab and Haryana alone produce 50 percent of the national government's rice supply and 85 percent of its wheat stocks. Both crops are highly water intensive. 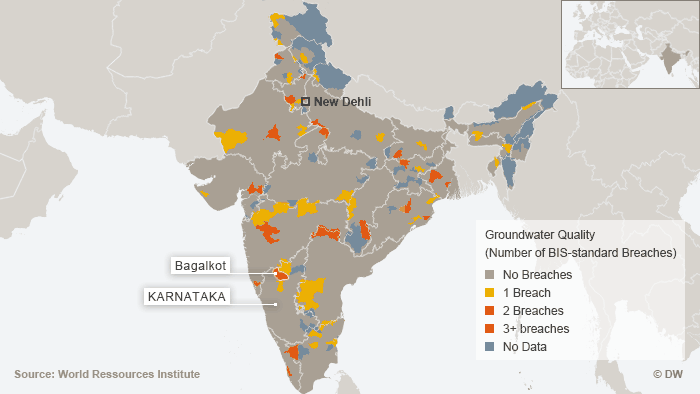 What risks does this pose to the drinking water reserves in the country?

Among India's 632 surface-water quality districts, 59 are above Bureau of Indian Standards limits, meaning this drinking water is considered unsafe. Based on the "India Water Tool" 2.0, 100 million people in India live in areas where water is unsafe to drink.

What measures should the authorities take effectively tackle the issue?

In developing its 12th Five-Year Plan that runs from 2012 to 2017, India's Planning Commission has clearly realized that business-as-usual approaches to the country's growing water crisis will no longer be possible.

The government has proposed a multi-pronged "paradigm shift" which is set to focus on demand-side solu­tions - including conservation, increased agricultural and industrial water use efficiency - new institutional and legal frameworks, participatory water resources manage­ment, and water database development and management. 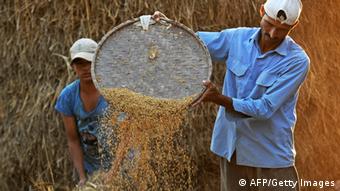 The "India Water Tool 2.0" was specifically designed to help companies, government agencies, and other stakeholders assess water risks, a critical first step toward reversing the damage to India's water supplies and water quality.

Tools such as these may only be a first step in a long process of risk reduction and mitigation, but they are an essential one. Ongoing efforts to improve data transparency and accessibility can help India advance toward a sustainable water future.

Tien Shiao is a Senior Associate at the World Resources Institute (WRI).

Healthcare providers in rural India are incorrectly treating childhood diarrhea and pneumonia, the two leading killers of children worldwide. So why does India's rural healthcare system appear to be failing its kids? (25.02.2015)

A drug-resistant strain of malaria from Southeast Asia can be found within 25 kilometers of the Indian border, potentially posing a serious threat to the global control and eradication of the disease, a new study found. (20.02.2015)