Germany is looking back on the end of World War II on May 8, 1945, known in many countries - where it is often a national holiday - as Victory in Europe Day. The main event was Friday morning in the Bundestag. 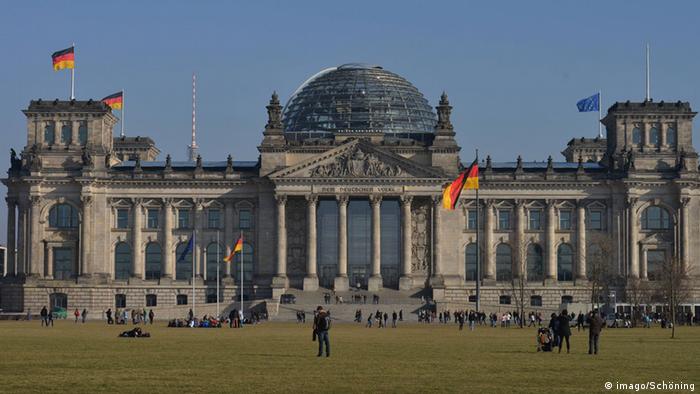 Bundestag President Norbert Lammert spoke first on Friday as the Bundestag and Bundesrat met for a joint session to observe the Allied defeat of the Nazis to end World War II and put a stop to the Holocaust.

"May 8, 1945, was a day of liberation," Lammert told the joint session of the German legislature on Friday. "On May 8, a war was ended that a German regime had begun with criminal intent," he added, noting that the war had left well over 50 million people dead - 8 million were Germans.

Nazi Germany formally surrendered to Allied forces on May 7, 1945, in Reims, France, and signed the paperwork a day later in Berlin, marking the official end of World War II, though many nations in the former Soviet sphere mark the date as May 9, owing to time zones and the late hour at which the surrender was signed. German dictator Adolf Hitler had committed suicide on April 30, just 10 days after his 66th birthday, during the Battle of Berlin, a joint offensive by Polish forces and the Red Army to take the capital. The battle had begun on April 16 and concluded two days after Hitler's suicide.

Lammert thanked German Chancellor Angela Merkel and President Joachim Gauck for the efforts they have made to honor fighters for the nations that ultimately overcame the Nazis - as well as the citizens of the nations that were for so long overcome by them. He said that though May 8 was not a day of "German self-liberation," the individual reckoning that had followed had allowed the country to move forward as citizens acknowledged the nation's collective guilt.

Germany has long had a complicated relationship with the end of World War II - and is one of very few countries not to give its workers a day off on or around May 8. Even Italy, where the Fascist dictator Benito Mussolini sided with Hitler, has an April 25 Liberation Day, celebrating the national resistance's hard fight, and for many years the former East Germany celebrated the date.

Before the German legislature on Friday, the historian Heinrich-August Winkler, the featured speaker, called the era an "inferno without comparison." He cited the Nazi genocide as one of the greatest crimes of World War II.

Later Friday, President Gauck will lay a wreath at a military cemetery in Lebus for Soviet soldiers killed fighting Nazis. Heinrich Bedford-Strohm, chairman of the Evangelical Church of Germany, will say Mass at the Dachau concentration camp, erected by the Nazis shortly after Hitler democratically won power in 1933 and finally liberated by US soldiers on April 29, 1945.

On Thursday, German politicians observed the 10th anniversary of Berlin's Holocaust Memorial. In Volgograd, the Russian and German foreign ministers paid tribute to the Red Army soldiers killed in the Battle of Stalingrad.

The celebrations come, however, as many in Germany have worried that racism has grown increasingly more mainstream.