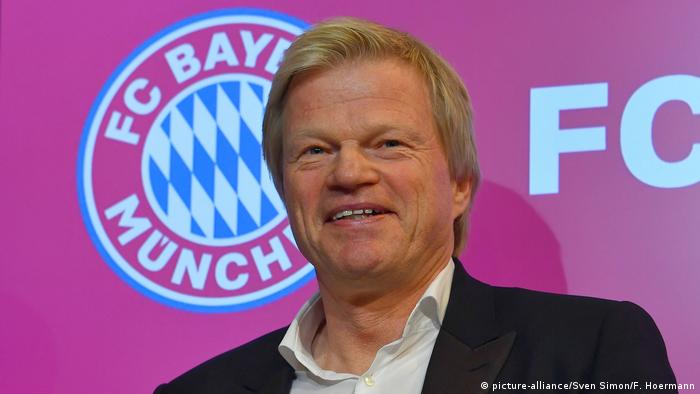 The start of Bayern Munich's 2020 has been dominated by talk of goalkeepers; current custodian Manuel Neuer, future shotstopper Alexander Nübel and now the past, present and future combined: Oliver Kahn.

Kahn, 50, gave his first press conference since rejoining the club he represented as a player between 1994 and 2008 on Tuesday. The former Germany keeper officially took up a position on the club's supervisory board on January 1 and is to succeed Karl-Heinz Rummenigge as club chairman on the first day of 2022.

"It was a special moment, today and the last few days," Kahn began. "This is a labor of love for me, there is a lot of heart and soul involved."

Work to do now and in the future

But Kahn, who made more than 600 appearances and won 16 major trophies in his playing days with the club, was also keen to talk up his business acumen. "I was already very interested in the economic side during my playing days. I then studied, but practice is also decisive. I have set up one or two companies and learned a lot in the process," he said.

Fundamentally though Kahn knows that he will largely be judged by what happens on the pitch. Bayern are four points behind leaders RB Leipzig as the Bundesliga comes to the end of its winter break.

"We don't want to allow ourselves to give up the championship this season. Seven titles in a row is something for the ages - but so is eight. Everyone is highly motivated to become champions. And we don't just want to be champions, we were outstanding in the Champions League (group stages). Anything is possible."

More than this season though, Kahn has been tasked with continuing to evolve one of Europe's biggest clubs, with a number of new faces being integrated to the first team in recent seasons. Nübel will be one of them from next season, when he signs on a free transfer from Schalke, something Kahn called a "wise strategic decision" while urging Nübel to "get in line and learn from Manuel Neuer".

Bringing through youth a priority

But with 30-year-old Thomas Müller the only true Bavarian youth product to have become a regular first teamer in recent years, and with Rummenigge and former president Uli Hoenesskeen to maintain a German core within the serial champions' squad, the new man knows he will need to keep one eye on the future.

"The most important thing is the youth section," he emphasized. "It will also be important to create figures that people can identify with." 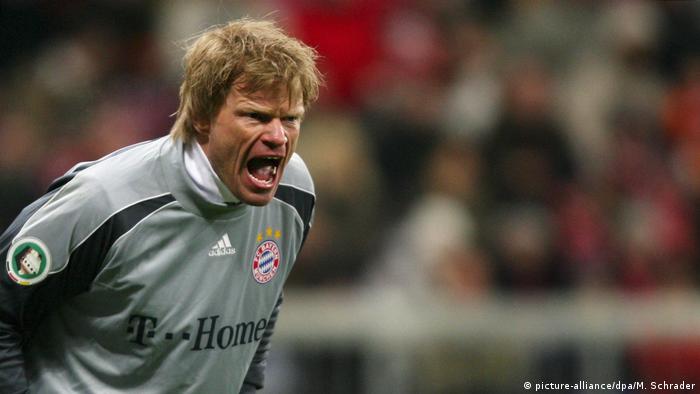 Kahn was famously firey as a player at Bayern

His gradual introduction to the politically choppy waters at Säbener Straße will, according to Kahn, allow him to get to understand the club again from the inside and evaluate properly what is required from the role.

Known almost as much for his fiery temperament as his commanding keeping during his playing days, the man sometimes referred to as 'The Volcano' knows he may have to dial back that aspect of his personality in the new role.

"Emotionality is extremely important and played an important part for me as a player. However, I have done many other entrepreneurial things in the meantime. Emotionality is not so helpful there. So I'm not going to be slide tackling my way through the meeting room like I did on the pitch."

That will surely be welcomed by many in the corridors of power, as Kahn's appointment has been throughout the club. Slide tackles may no longer be necessary but at Bayern Munich, Kahn knows full well that he must always be on his toes.

Bayern Munich are on the brink of radical change as they prepare for life without Uli Hoeness and Karl-Heinz Rummenigge. The club is set to place its faith, and future, in club legend Oliver Kahn’s famous hands. (30.08.2019)