Bundesliga: No new Bayern Munich deal but Neuer determined to stay No. 1

Manuel Neuer has dismissed rumors that he's unhappy with Bayern Munich signing young keeper Alexander Nübel. The veteran is yet to sign a new contract but is confident Nübel's arrival will be "irrelevant" to his future. 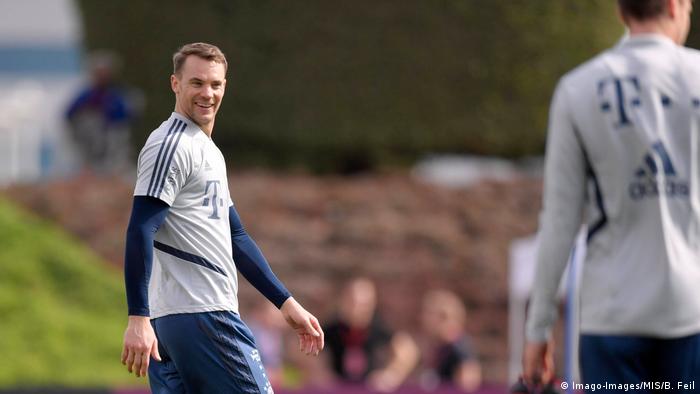 After impressing between the sticks at Schalke, a highly regarded goalkeeper makes a controversial move to Bayern Munich. A scenario that once applied to Manuel Neuer now also fits Alexander Nübel, the 23-year-old whose signing Bayern announced over the weekend.

The senior man sees a key difference though: "I didn't move to a team where I would possibly be the No. 2," said Neuer on Monday. "I always wanted to play, especially when I was young. That was my decision. Early on, had I been second choice, I had the option to move to another club. I didn't do that. Alex Nübel is starting for Schalke and he is a good goalkeeper. I don't know if I would have made the same decision."

Nübel is to join the Bundesliga champions at the end of the season, by which time his forerunner will be 34 and entering the final year of his contract, leading many observers to conclude that Neuer's position as No. 1 may not be as secure as he suggests.

Speaking at Bayern's always-controversial winter training camp in Qatar, Neuer accepted that the free transfer was a smart move and that Nübel was a "very good keeper, the future is his," before adding with a smirk "at some point." 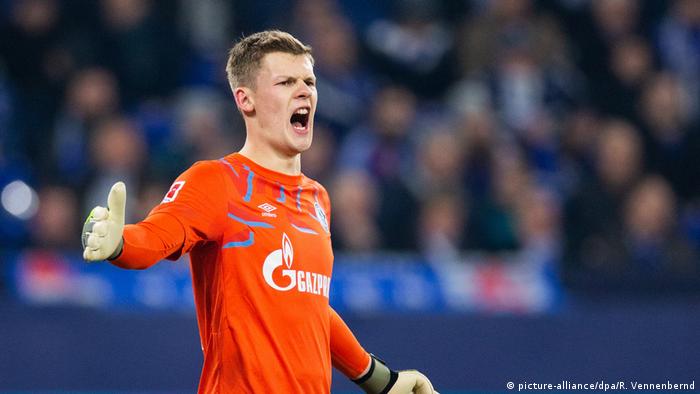 Alexander Nübel is to move to Bayern in July

Such a single-minded and ambitious player was never likely to take the imminent arrival of a challenger for his spot lightly and Neuer admitted that any decision to extend his contract past its current expiry at the end of next season had not yet been made.

"The club has always shown me appreciation," Neuer said. "So far we haven't been able to extend the contract. Although I'm not under any time pressure, I've indicated which factors are important to me for the future."

One of those is who will be the coach at Bayern in the longer term, with Neuer joining the chorus of player support for interim coach Hansi Flick. But, while the Germany shot-stopper said Nübel's arrival would be "irrelevant for my contract extension" he made it very clear that being the main man is important to him.

Neuer's primacy has never really been in any serious doubt at Bayern since he joined the club in 2011 and quickly established himself as the long-term successor to Oliver Kahn, who assumed his new position in the club's management structure on Monday.

While Nübel's arrival will likely pose some questions of Neuer, he won't be the only one. Current backup stopper Sven Ulreich's future in Bavaria also looks bleak. The 31-year-old was largely impressive in deputizing when Neuer was injured for much of the 2017-18 season but a high-profile blunder against Real Madrid in the Champions League semifinal was a significant blot on his copybook.

With highly regarded 19-year-old youth product Christian Früchtl also on Bayern's books, Ulreich may prove to be the first casualty of Nübel's arrival. He may not be the last either.

The first half of a thrilling Bundesliga season is all but over. Questions will undoubtedly be asked about a lack of quality, but the excitement around Germany's top flight promises a great deal for next year. (21.12.2019)