Bayern Munich are on the brink of radical change as they prepare for life without Uli Hoeness and Karl-Heinz Rummenigge. The club is set to place its faith, and future, in club legend Oliver Kahn’s famous hands. 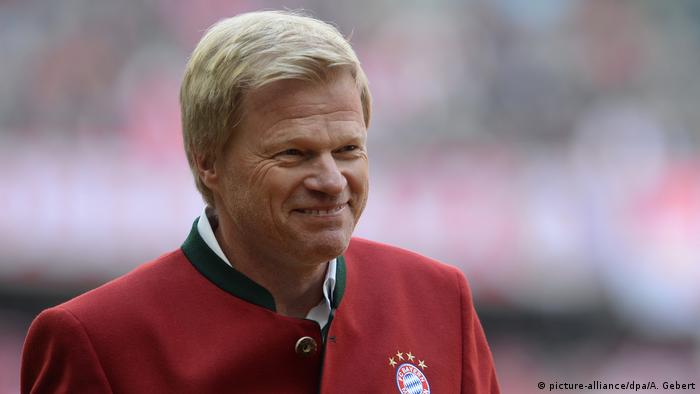 The writing had been on the wall for Uli Hoeness and Karl-Heinz Rummenigge's time as Bayern Munich's power couple for some time.

Ever since the duo led a brutal (and comedic) attack on the German media alongside sporting director Hasan Salihamidzic, it was clear Bayern needed to revamp its image.

The lengthy monologues raving about "false facts" and threatening legal action against journalists revealed a partnership that was becoming increasingly out of touch with its fan base.

Change was imminent and with Uli Hoeness stepping down as president on Thursday and Rummenigge to follow suit from his role as CEO at the end of 2021, the wheels are in motion to enter a new era.

Leading the brave new world will be Oliver Kahn, who amassed more than 600 appearances and 16 major trophies for Bayern Munich as a goalkeeper. The 49-year-old is set to inherit Rummenigge's job on the first day of 2022 after an apprenticeship sitting on the supervisory board.

The move for a former player is a tried and tested method for Bayern, but the challenges lying ahead for the goalkeeping legend will not make for a smooth ride.

On paper, Kahn looks like a perfect candidate to continue Bayern Munich's upward trajectory. Possessing a relentless drive for success and comfortable with being unpopular, the former shotstopper embodies the club motto "Mia San Mia" ("We are who we are").

Kahn's abrasive nature as a player — which saw him bite an opponent's neck and aim a kung-fu kick at another - has subsided as he's focused on TV punditry and business ventures since retirement, but the drive remains. His mix of business acumen, competitiveness and a deep connection to Bayern has been enough to convince Hoeness and Rummenigge.

By placing Kahn alongside president-in-waiting and former Adidas CEO Herbert Hainer, they're hoping a combination of experience and club familiarity will prove a winning formula.

Fans will be praying that the duo's succession plans for their own positions are better than their recent attempts to revamp an ageing squad.

Under Hoeness and Rummenigge — as well as former president Franz Beckenbauer — Bayern Munich were transformed into a European super power, both on and off the field, though some doubts about the depth of the playing squad compared to other European giants persist.

As Hoeness steps down, Rummenigge will likely gain more power as he mentors Kahn. How this influences the successor's future tenure, and indeed the future of the club, should prove an intriguing development. 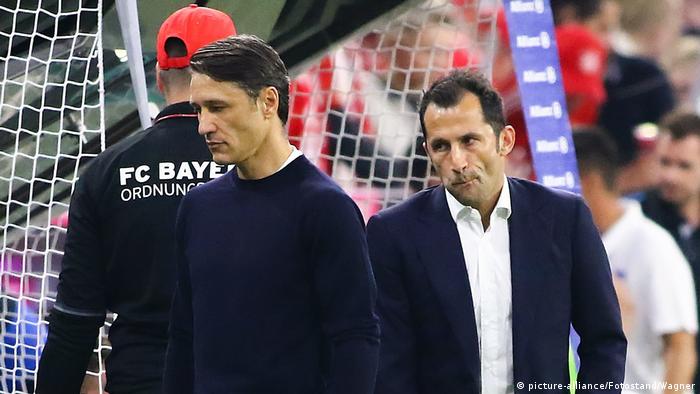 In recent years, cracks have emerged in the relationship between Hoeness and Rummenigge. Infighting became common, with Hoeness and Rummenigge differing on crucial aspects of life at Bayern, at times to the detriment of the club — despite Hoeness' protestations to the contray in his Friday press conference.

Hoeness is a Kovac fan, while Rummenigge remains skeptical. Rummenigge is determined to expand Bayern's reach overseas in new markets, while Hoeness prefers to focus on the club's traditions back home. Where Hoeness has provided near unwavering support to Salihamidzic, Rummenigge often undermines the sporting director in press conferences (see tweet above).

Kahn will have to navigate this fractured relationship with tact, as both men will likely retain some form of control and sway over big decisions at the club for years to come. Hoeness will remain on the supervisory board, until at least 2023, and it's unlikely he will stay silent.

With a master's degree in business administration and a glittering playing career which featured both success and failure, Kahn will likely dive straight into action during his probationary period.

The immediate blip on Kahn's radar will be helping to assess the future of both Kovac and Salihamidzic. The coach is a string of bad results away from facing speculation over his job, while the sporting director's contract expires next summer amid criticism over Bayern's transfer dealings.

As well as helping Rummenigge forge the team's identity on the field as they aim to return Bayern back into a contender for the Champions League, Hainer's low level playing experience will mean Kahn must take over Hoeness' role in managing relationships with the players. On top of that, he'll also be involved in maneuvering the club's expansion off the field.

Kahn certainly has big lederhosen to fill but his 6"2' frame, determined nature and penchant for perfectionism should provide him a good base to grow into the breach.