Bundesliga and COVID-19: Where clubs, fans and players stand in 2021

While many clubs have shown support for Germany's vaccination rollout, some executives have criticized the COVID-19 restrictions, asking for more fans to be allowed into stadiums. Where do the players and fans stand? 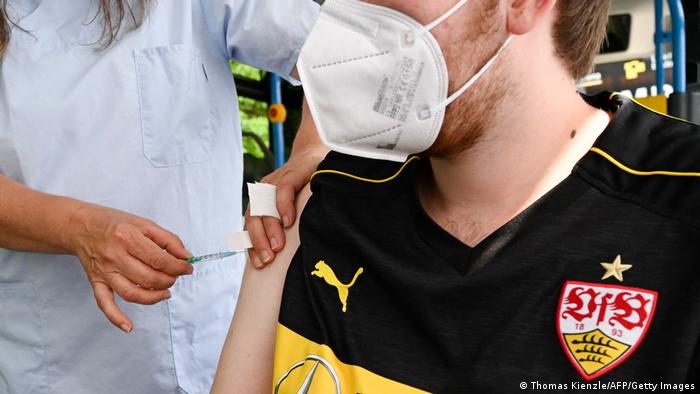 The summer's improving coronavirus infection rates in Germany have convinced authorities in the country to allow the return of fans to sports stadiums. In 14 of Germany's 16 states, a capacity cap of 50% has been put in place, with the maximum number of spectators set at 25,000. In the state of Bavaria (where Bayern Munich play), as well as in the city-state of Hamburg, the authorities have taken a stricter approach. The key statistic to determine whether measures will be relaxed remains the seven-day incidence rate of 35 per 100,000 people.

The delta variant is picking up pace across Germany, but with the country's vaccination rollout well underway, some football clubs believe it is time for the authorities to reconsider.

In a column for football magazine Kicker, Eintracht Frankfurt's new head of sport Markus Krösche questioned whether the most recent developments require a different approach. The former RB Leipzig sporting director went on to warn that the handling of the situation could "directly and indirectly" result in jobs being lost due to the ongoing financial damage being caused by the pandemic.

"The incidence is still being used as a benchmark to determine the fans' return… As if there was no vaccination campaign, as if tests aren't widely available," Krösche wrote. "The pandemic of 2021 shouldn't feel or look like the pandemic of 2020."

In his column, Krösche also asked whether the authorities' current strategy is helpful in convincing people to get vaccinated. Similar sentiments were voiced by Borussia Dortmund CEO Hans-Joachim Watzke.

"At some point, those vaccinated should be rewarded for it somehow," he said. 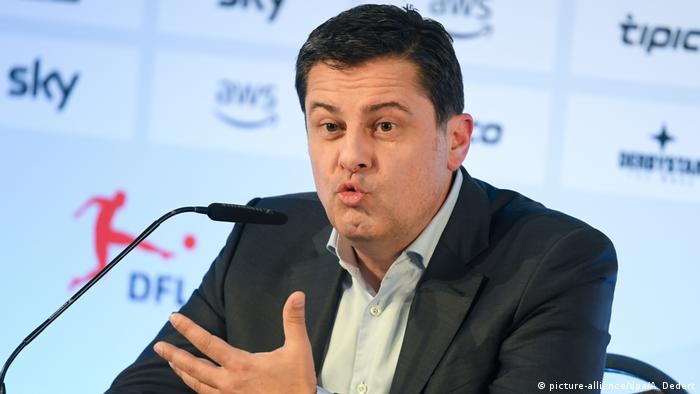 DFL boss Christian Seifert has been hailed for leading the Bundesliga through the pandemic.

Among the fiercest critics of the restrictions is Union Berlin's president Dirk Zingler.

"No one explains why the decision is like it is. Fifty percent of the stadium at (Berlin's) Olympic Stadium or in Dortmund isn't the same as 50% of the Stadion an der alten Föresterei (Union Berlin's stadium). You just don't understand much of it."

How did the Bundesliga overcome the pandemic?

While football clubs around the world have been facing financial difficulties as a result of the pandemic, the 2021 Deloitte Annual Review of Football Finance found that the Bundesliga was the best league among Europe's so-called "top five" in dealing with the implications.

According to the report, published in July, securing the immediate future of Bundesliga's media deals and German football's "collective foundations of economic stability," both contributed to stability during the crisis.

"The Bundesliga seems to have weathered the COVID-19 storm," the report stated.

For their part, many clubs have been contributing to Germany's vaccination rollout. Fans could spontaneously get their jab ahead of the second division game between Schalke and Hamburg recently, while a similar offer was available for Stuttgart fans ahead of their friendly against Barcelona.

In cities like Dortmund, Nuremberg and Aue, football stadiums were turned into makeshift vaccination centers. Meanwhile, to show support, second division clubs came out of the tunnel with their right sleeves folded up for the 2021-22 season's second matchday.

More than 2,000 people have been vaccinated at Borussia Dortmund's Westfalenstadion,as of July 29, with the club offering those getting vaccinated at Germany's biggest football ground a stadium tour free of charge. Trying to convince supporters to get the jab, Borussia Dortmund also said vaccinated fans will be prioritized in access to tickets. 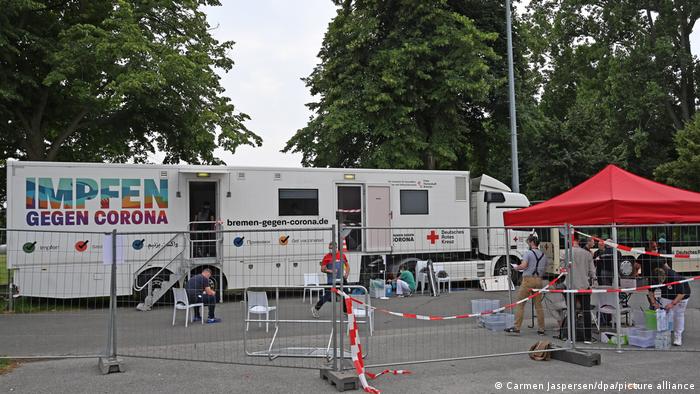 Fans could spontaneously get vaccinated ahead of Werder Bremen's home game against Hanover.

How do Bundesliga players feel about the COVID-19 vaccine?

Some players have agreed to set an example. Borussia Mönchengladbach's Christoph Kramer and Patrick Herrmann called on supporters to get vaccinated, saying that while they had their doubts, they chose to do it.

"We would love it if everyone gets vaccinated so that the world will return to normal as quickly as possible," said Kramer, a former Germany international. "See you soon in the stadium."

But not all players seem to be on board. According to a report from German TV program Sportschau, the willingness to get the jab is "lower than expected" among Germany's footballers.

The DFL and the clubs haven't made any information available as to the number of vaccinated players.

When will Bundesliga atmosphere fully return?

In pre-pandemic times, the Bundesliga was known for its lively fan culture. While the fans' return does provide hope for the future, it does not mean the atmosphere at Germany's stadiums will return to what they used to be.

Several ultra groups in Germany's top two divisions have said there will not be any organized support under current conditions. Their reasons range from the use of personalized tickets to the inability to stand together as a group.

"We can understand every fan who can't take this anymore and is craving for the stadium. Believe us, we feel the same way," Harlekins Berlin 98, a Hertha Berlin fan group, wrote on its website. "But for us ultras, a return would only be worth its name once we can experience fan culture the same way we used to before the pandemic." 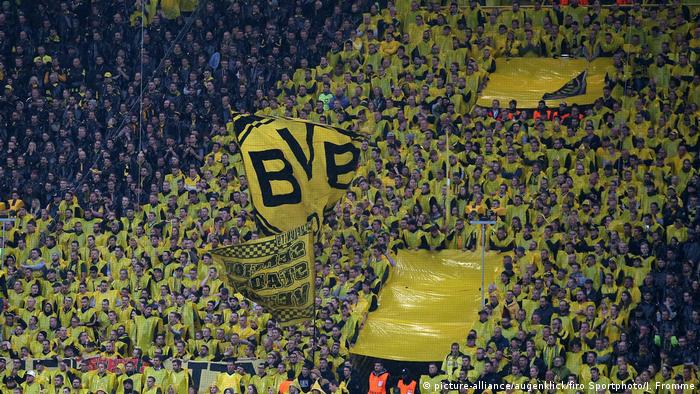 Most Bundesliga stadiums will not have organized support.

All in all, German football will be looking for things to feel, look and sound as close as possible to football as it used to be in pre-pandemic times.

However, be it for players, clubs or fans, the Bundesliga's 2021-22 season promises to be anything but normal.