The Bobov Dol mine is set to close by the end of the year. During its heyday, 1,500 people worked there but that number is now down to less than 400. They, too, are being made redundant. Jodi Hilton reports. 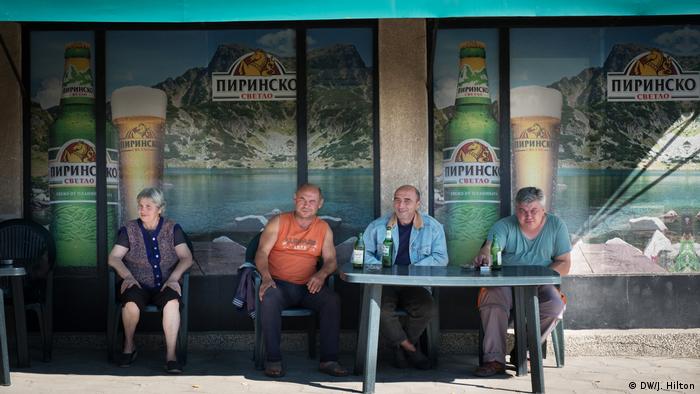 Georgi Terziski clips wine grapes from the arbor that forms a curtain across the side yard of his home in Golemo Selo, a village in western Bulgaria, where he's lived for his entire 56 years.

Just a few hundred meters behind the house looms the coal-fired Bobov Dol electrical plant. Its two chimneys and three cooling towers have been belching out plumes of smoke as long as he can remember.

Built in the 70s, it provided employment for most of the local families, including both of Terziski's parents. Until recently, the plant relied on "black gold" from nearby underground coal mines, including the Bobov Dol and Babino coalfields.

Bobov Dol's sister-mine, Babino, stopped operations last year, ending employment for 650 workers. Like in many coal-producing regions in eastern Europe, the mines are closing because production costs exceed purchase prices: Coal does not make economic sense anymore, even in more affluent western countries. Indeed, the last black-coal mine in Germany also shut down at the end of the year.

As coal production decreases, owners of the Bobov Dol electrical plant are turning to alternative fuel to keep it running. "They burn everything from hay to coal." Terziski gestures toward his chest. "We don't breathe clean air."

On paper, the plant is owned by Vagledobiv Bobov Dol EOOD, but behind the scenes, the mines and plants are run by Hristo Kovachki, a 56-year-old energy tycoon. Kovachki owns a vast empire of mines, heating facilities and power plants across Bulgaria and is one of the top three wealthiest Bulgarians.

A village covered in ash

From a distance, one can see bales of hay stacked next to the plant, alongside a large pile of coal. They are burning biomass, petrol, plastic and rubbish in place of coal in a plant that was not designed for such use.

At the playground in the village of Golemo Selo, Violeta Dashkova watches over her two-year-old son, Moni, who she says is frequently ill. "In March, we found white ash covering the playground," she said. "I worry that it is due to the electrical plant." Electrical power plants are known to often emit sulfur dioxide and nitrogen oxide; the combination, often carried by wind, can result in acid rain. 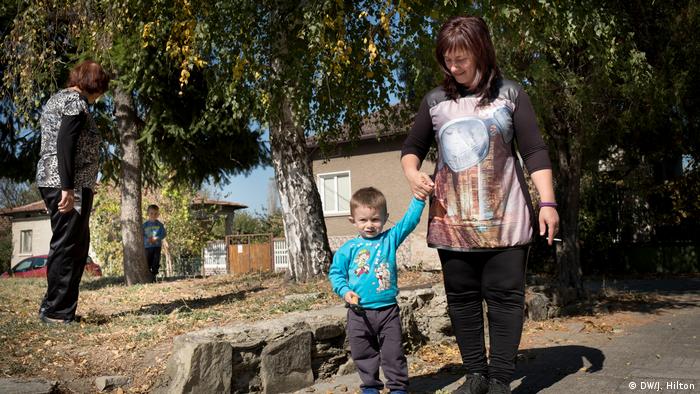 Dashkova's husband works at the power plant, where he earns €325 ($371) per month plus €50 in food coupons. But their coupons often arrive months late, and were it not for their own production — they grow vegetables and keep animals — they would not have enough to eat.

The village's mayor, Vasil Vasev, has positioned himself as David against Kovachki. He's been advocating that the village should receive tax revenue from the power plant. "Since the oligarch bought the plant in 2008, we haven't seen any of the revenue we need to help our community," said Vasev, adding that the village needs road paving and sewage line repairs.

The precarious fate of workers

Mining has existed in the region since 1891. During the late 1940s and early '50s, the communist regime sent state enemies to forced labor camps in the Bobov Dol mines. But later in the communist period, after Josef Stalin's death, the situation normalized and the mines again employed ordinary workers. After the fall of communism in 1989, the mines were privatized, and the new owners, sometimes with mafia ties, acquired companies for a pittance and often exploited workers to turn profits. By early 2010, workers' earnings averaged €300 a month. To make matters worse, the company often delayed or failed to pay workers' salaries for months. 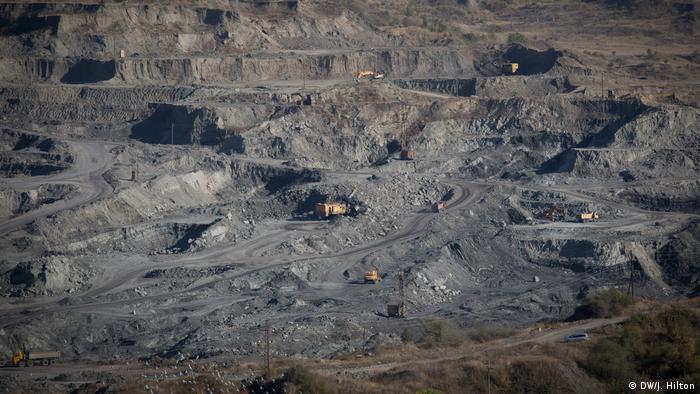 Production costs are too high for mining to be profitable anymore

Miners at the adjacent mine in Babino went on strike in 2016 in an attempt to recover unpaid back salaries and food vouchers ahead of massive layoffs. But, after three days of protests, during which more than 100 workers remained underground, the company turned off the ventilators, forcing the protesters out. Two months later, a miner died on the job at Bobov Dol after being trapped under a machine. (The most dramatic accident occurred in 1997, when five died during a methane explosion.)

In the village of Babino, several former miners sit in front of the local store, nursing bottles of beer. Some of them retired as young as 45, while others were laid off before qualifying for retirement. Life is hard in the village these days, explained Yordan Yordanov, 46, who had belonged to a reclamation crew working underground for 17 years. "There's no future, no work in the whole community." Without work, he says, no one will stay here, only pensioners.

Yordanov was fortunate to qualify for retirement before the mines closed. He's pleased that his pension, unlike his salary, comes on time. However, the company still owes him back wages; he estimates he is owed between €2,000 and €2,500. "Hristo Kovachki doesn't give a penny," he said. His friend chimed in. "If you sign up for his political party, maybe you can get your money." 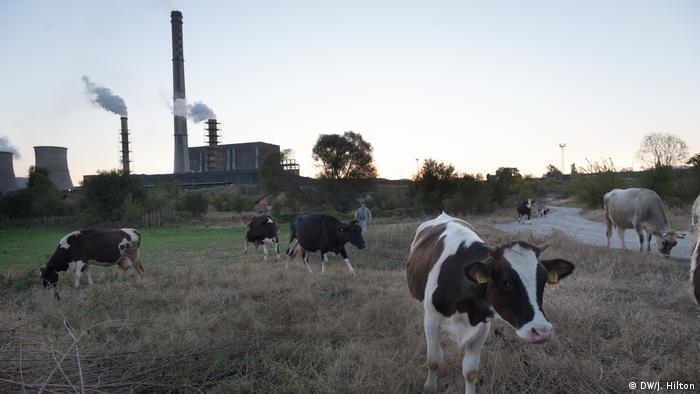 The region's economic decline is forcing many locals to leave

So far, there has been little progress in solving the problem of widespread unemployment, or in helping the affected communities. Local leaders are looking for ways to attract new investment in the area.

"We live in a country where politicians have no vision for the development of areas like ours," said Elsa Velichkova, the mayor of Bobov Dol. She says that there is no dialogue between the various institutions that should help in the aftermath of mine closures and tackle economic diversification of the coal regions.

Vasev and Anton Iliev, head of the European Projects Directorate for Bobov Dol, tout selling points for potential investors, including the location, less than an hour from Sofia, and the ready workforce. Costs for land, supplies and salaries, he says, are among the lowest in the EU.

However, many young people have packed up and left. Even if a new factory or company set up nearby, it may be too late for the rural parts of the municipality. Last year, just six babies were born in Golemo Selo since most young people had left.

Since the early 2000s, textile factories that employ 300 to 400 local women have been operating on the territory of the mines.

However, employees make on average just €200 per month and the tough conditions in the Bulgarian textile industry have been compared to those in Cambodia, Bangladesh and Turkey.

At the recent COP24 climate change summit in Poland, Mayor Velichkova told other regional actors that the loss of mining sector jobs over the last years has reverberated through the community.

"The region faces a socio-economic catastrophe. We are left to flow downstream and manage it only by ourselves."

Germany's Last Coal Mine Shuts Down

Germany's last coal mine shuts down

Bulgaria torn between Russia and the West

Bulgaria is dependent on Russian gas, but it is also a member of NATO and the European Union. Straddling the gap between Moscow and Brussels has put the country in a foreign policy quagmire. (31.05.2018)