Brussels summit: Why NATO needs to change its Afghanistan strategy | Asia| An in-depth look at news from across the continent | DW | 12.07.2018

Brussels summit: Why NATO needs to change its Afghanistan strategy

NATO's commitment to Afghanistan is vital to protect the achievements of the last decade, say experts. But they insist the alliance needs to reconsider its strategy to bring lasting peace to the war-torn country. 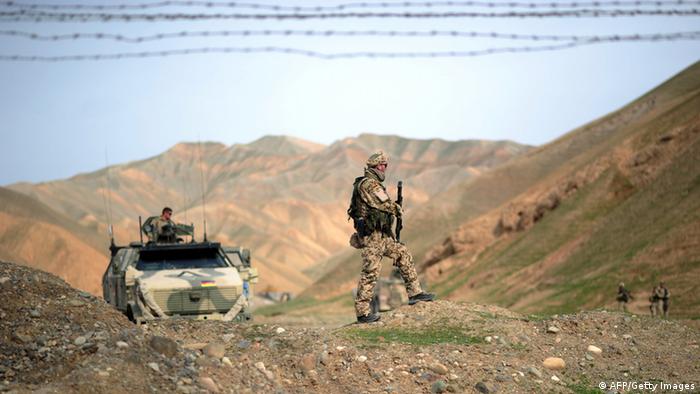 The precarious security situation in war-ravaged Afghanistan is appears regularly in headlines around the world, with the country again witnessing heavy casualties again on Thursday after Taliban militants attacked Afghan security forces.

The latest attacks came on a day when President Ashraf Ghani was busy in Brussels meeting leaders of NATO countries in the hope that they would reaffirm their commitment to Afghanistan.

Ghani seemed to have succeeded in his effort, with NATO pledging to provide funding for the beleaguered Afghan security forces until 2024. This means the alliance will continue to train, fund and assist Afghan troops beyond 2020. At its 2016 summit in Warsaw, NATO pledged to contribute $1 billion (€860 million) annually until 2020.

"Today we also decided to sustain our presence in Afghanistan until conditions indicate a change is appropriate," NATO Secretary General Jens Stoltenberg told a press conference on Thursday after holding discussions on Afghanistan. "We extended our financing for Afghan security forces until 2024," he added.

In the meantime, NATO pledged support for the Afghan peace process which aims to establish direct talks with the Afghan Taliban in an effort to put an end to the nation’s 17-year-long war.

"We also expressed strong support for president Ghani’s bold peace proposal and our continued commitment will strengthen Afghanistan in its efforts to create the conditions for lasting peace and reconciliation," Stoltenberg said in relation to President Ghani's peace offer to the Taliban which includes recognizing the outfit as a political party and negotiations over the Afghan constitution.

Earlier in the day, the NATO secretary general called Ghani’s peace offer "a brave and unprecedented gesture," adding that the reason for NATO’s presence in Afghanistan was to help create the conditions for an inclusive peace agreement. "That will be a victory for all Afghans," he said about a potential peace deal.

NATO currently has about 16,000 troops in Afghanistan. Under the alliance's Resolute Support Mission, they train, advise and assist Afghan security forces, while also conducting counterterrorism operations against al-Qaeda and the so-called "Islamic State" (IS) terror group.

The alliance's renewed and prolonged commitment gives the government in Kabul an assurance that international financial and military support would not be cut at a time of growing security vulnerabilities.

Hundreds of innocent Afghans have been killed and wounded in repeated attacks over the past several months, plunging war-weary Afghan citizens into a state of despair and highlighting the limitations faced by Ghani’s administration in ensuring public security.

Against this backdrop, observers believe NATO's continued support is vital for maintaining the achievements of the last decade. But they insist that NATO and the US need to rethink their strategy for Afghanistan if they want to achieve their goals there.

"Recognition of failure is the first step. NATO has failed in bringing peace and stability to Afghanistan after spending 17 years and billions of dollars in the country," Kabul University lecturer Faiz Mohammad Zaland told DW.

"If the US and NATO want the Afghan mission to succeed they need to pave the way for peace talks," Zaland added.

NATO and the government in Kabul have called on the Taliban and other insurgent groups to join peace talks for years. In his latest attempt to convince the insurgent group to come to the negotiating table, the Afghan president offered unconditional talks.

But the Taliban rejected Ghani's offer, saying the group was only willing to talk to Washington and would only agree to a peace deal in case of a complete withdrawal of foreign troops from Afghanistan.

"I believe NATO's commitment to Afghanistan is important but its military presence in the country is an obstacle for peace and stability," Baqi Amin, a former head of the Afghan Strategic Center in Kabul, told DW.

"NATO's military presence in Afghanistan and its support for the peace process are two opposing goals because the Taliban say they will not discuss peace unless foreign troops withdraw from the country," Amin added.

Some experts are of the view that even if NATO and the US pull their troops out of Afghanistan, the Taliban and other insurgent groups will not give up their arms. The Taliban, they say, want to face a weaker Afghan government which does not enjoy NATO's military support, in a bid to increase their chances of victory in the battle ground.

Zaland, though, said that foreign troops' presence in Afghanistan, in its current form, has created a "vicious circle," resulting in the prolonging of the Afghan conflict.

Amid reports of deteriorating human rights and security in Afghanistan, Abdullah Abdullah admitted there have been "shortcomings" in his administration.  (13.06.2018)

Who is Taliban leader Mullah Fazlullah?

The reported death of Mullah Fazlullah, leader of the Pakistani Taliban, is likely to reduce tensions between Washington and Islamabad, but it is unclear whether Pakistan will support Afghan peace efforts. (15.06.2018)