Trump's withdrawal from the Iranian nuclear deal could have serious implications for ties between Tehran and Kabul, which heavily relies on US support. Will Iran pressure the US by ramping up support for the Taliban? 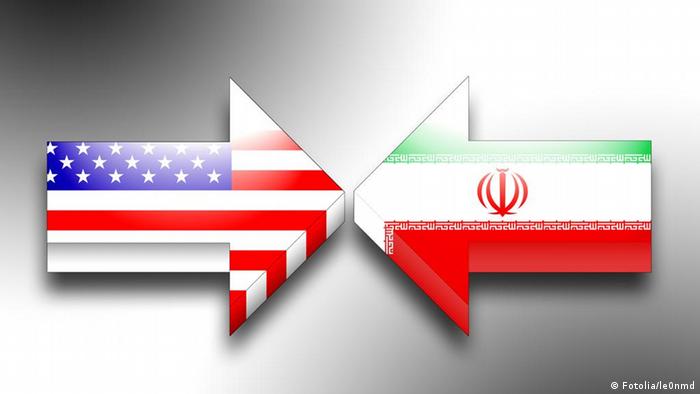 DW: Tensions between Washington and Tehran are likely to increase after US President Donald Trump's decision to exit the Iranian nuclear deal. Several reports claim that Iran is sending Afghans to fight for its ally President Bashar Assad in Syria. Do you think the Iranian government would also try to put the US under pressure by increasing support for Islamists in Afghanistan?

Michael Kugelman: Tehran has already provided modest, episodic levels of military support to the Taliban in Afghanistan. It has sent some small arms shipments to the Taliban, and according to Afghan officials provided training to some Afghan units. Iran's motivations for doing so are varied, and they range from wanting to undercut the US to putting the Taliban in a better position to fight the "Islamic State" (IS), an organization that worries Iran a lot and is no friend of the Taliban.

Iran could well seek to retaliate against the US for withdrawing from the nuclear deal by ramping up this support to the Taliban. Trump's decision to pull out from the deal gives Iran the perfect pretext to increase its support to America's main enemy in Afghanistan. It's a relatively cost-free way for Iran to push back against the US.

Donald Trump withdraws US from Iran nuclear deal: How the world reacted

Kugelman: 'Kabul will need to be creative about how it keeps working with Tehran despite the sanctions regime'

Should the US decide to take military action against Iran, can Washington also use Afghan soil against Tehran?

Tehran has long feared this scenario, but it's not a likely prospect. I can't imagine the Afghans would let the US use Afghan soil to attack Iran. Kabul would have to realize that such a move would invite Iran to retaliate by ramping up all types of destabilizing behavior in Afghanistan, including intensified support to the Taliban. And that's clearly not an outcome that Kabul would want.

The capacity for the Americans to strike Iran from Afghanistan is definitely there, given the air bases and personnel on the ground in Afghanistan. But I imagine if the US does strike Iran militarily, it would have aircraft scrambled from elsewhere and use them to stage limited, targeted strikes on Iranian nuclear facilities.

As Washington is Kabul's major international ally, what impact will the current US-Iran hostility have on relations between Afghanistan and Iran?

Given how dependent Kabul is on Washington, it cannot afford to anger America by flouting the US sanctions regime on Iran. At the same time, its strong need for Iran's economic support will necessitate continued cooperation. Kabul will need to be creative about how it keeps working with Tehran despite the sanctions regime.

But the renewed US sanctions on Iran may negatively impact joint Afghanistan-Iran economic projects.

I'm sure there will be some sort of chilling effect. At the very least, the Chabahar port transport corridor project intended to be developed with both India and Afghanistan will face new challenges. The big question, not just for Kabul but also for New Delhi, is how much flexibility there will be to engage with Iran despite the new sanctions regime. To be sure, in the period prior to the Iran deal, many countries managed to find ways to do business with Iran despite the sanctions. And let's face it — many countries will want to keep doing business with Tehran now, given how attractive an economic partner energy-rich Iran is, and they'll find ways to do it.

Will Iran's regional role change after the renewed US pressure?

I think the question is less how Iran's role will change and more how the region's engagement with Iran will change. If the Afghans and Indians scale back their economic engagements with Iran, this could lead to some major geopolitical shifts that include Tehran reaching out more to Pakistan. Iran could well consider contributing to the China-Pakistan Economic Corridor. This would make India unhappy, and it would further sharpen what will most certainly be a more intensified Saudi-Iranian rivalry.

The one big question about a changing Iranian role in the region is the Afghanistan question. Will Iran's role in Afghanistan change from spoiler to all-out destabilizer? If it does indeed decide to ramp up its military support to the Taliban in a big way, then America's warfighting efforts in Afghanistan will become even more challenging than they already are.

Read more: 'Iran cannot portray itself as victim of terrorism'