Brunei′s Shariah Penal Code: How Asian Muslims respond on social media | Asia| An in-depth look at news from across the continent | DW | 05.04.2019 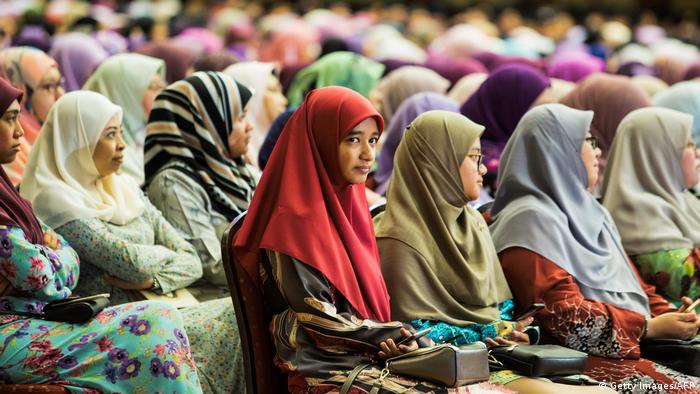 A draconian penal code enacted Wednesday in Brunei unleashed a torrent of criticism from human rights groups and activists around the world, while putting a spotlight on the interpretation of Islam as a legal system.

Under Brunei's new Shariah Penal Code, homosexuals can be sentenced to death by stoning or whipping. The primitive death penalties also extend to adulterers and rapists. Thieves would have their hands and feet chopped off.

Shariah law is interpreted in many ways across the Muslim world, and many say Brunei's penal code is an extreme example of what Shariah proscribes. Human rights observers point out that although Brunei is a very socially conservative country, the new laws were most likely enacted without any input from Brunei's 430,000 citizens. The reasoning behind why Brunei's government enacted the new set of laws remains unclear.

Nevertheless, this controversial decision made in the tiny Southeast Asian sultanate drew a major reaction from people across the Muslim world. In Asia's Muslim-majority countries like Pakistan, Bangladesh and Indonesia, social media erupted with discussion after the official implementation was announced.

There were many comments supporting the values of Islamic law. Others pointed out that the law was barbaric, and a misinterpretation of Shariah and Islam.

In Indonesia, the world's largest Muslim-majority country, some readers commented in support of the "laws of Allah" saying that the new laws were the "savior of the next generation."

Another Indonesian reader said that Indonesia was better off under "Pancasila" – Indonesia's foundational philosophy, which emphasizes religious plurality as one of its principles, among others.

In Pakistan, reactions ranged from calling the laws "laughable" to pointing out that Brunei was a sovereign country and that the West had no right to interfere. And one reader from Afghanistan said that Shariah laws were "for the good of humankind."

Although many internet users can take advantage of the relative anonymity of comment boards to express support for conservative Islam, others in Asia are appalled by Brunei's interpretation of Shariah and are speaking out publicly.

"Issuing the death penalty by throwing stones is as if someone is trying to take civilization back to the age of savagery," Mizanur Rahman, the former chairman of the Bangladesh National Human Rights Commission, told DW. "It is totally unacceptable under modern jurisprudence."

Rahman added that the Brunei decision to enact the death penalty by stoning was a "political stunt" adopting practices that supposedly are part of an ancient Islamic civilization.

"We can only say that we feel pity for the people and rulers of Brunei, who have failed to grasp progressive elements of the religion [Islam] and have resorted to brutal and barbarous ways for the purpose of political benefit," said Rahman.

"If they decide to do it tomorrow, if they line someone up, they could certainly follow through and we would be faced with headlines about someone being stoned to death in Brunei," Phil Robertson, Asia director of Human Rights Watch (HRW), told DW.

"We have people defending Brunei per se, saying it's a sovereign country and it can do what it wants," said Robertson, adding that HRW has seen people who have already fled to seek asylum in the West because they're gay or because they are together with someone outside of wedlock.

"The sultan is an absolute monarch; he is a dictator really. No one can really figure out why now he has decided to move forward with this criminal Shariah code, but it's up to him, he is the sole decision maker," said Robertson.

Additional reporting by Harun Ur Rashid Swapan and Naser Ahmadi.