The European Commission says it has received confidential documents from the UK outlining ideas from recent Brexit talks. Britain referred to the documents as "non-papers," indicating they were not concrete proposals. 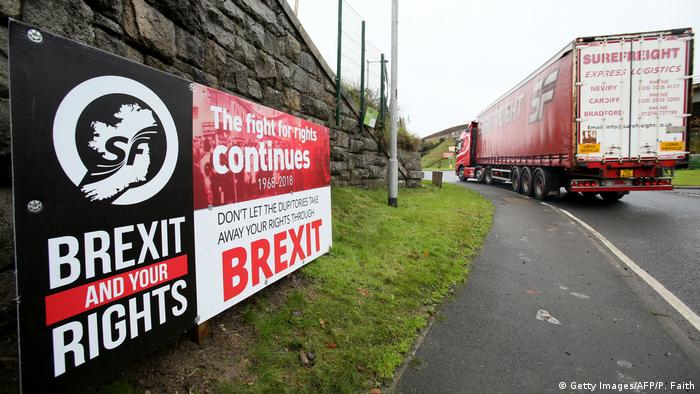 Brussels said it had on Thursday received documents that would provide the basis for "technical discussions" on customs, manufactured goods and sanitary rules.

Talks were being held at a technical level on Thursday, said Commission spokeswoman Mina Andreeva. These, she said, would be followed by political meetings on Friday between EU chief negotiator Michel Barnier and Britain's chief Brexit minister, Steve Barclay.

"These are papers for now. Until we have looked at them in detail, I will not characterize them beyond being a paper," Andreeva said.

A British government spokesman described the documents as "confidential technical non-papers which reflect the ideas the UK has been putting forwards." Normally, a "non-paper" refers to a summary of diplomatic talking points rather than concrete proposals.

"We will table formal written solutions when we are ready, not according to an artificial deadline," the spokesman added.

The reference to a deadline came after Finnish Prime Minister Antti Rinne said earlier on Thursday that London would have to produce its proposals by the end of September. Finland holds the rotating presidency of the EU and occasionally speaks for the bloc.

Meanwhile, British Prime Minister Boris Johnson insisted that the two sides were advancing, but was circumspect.

'Substance needs to be resolved'

However, Irish Prime Minister Leo Varadkar told RTE, the Irish national broadcaster, that "wide gaps" remained between Brussels and London — particularly on the question of the Northern Irish backstop.

"There is a lot of energy and a lot of positivity," RTE quoted Varadkar as saying. "The difficulty is that when it comes to the substance of the issue that [the backstop] needs to be resolved," explained the prime minister, adding that there was "no time to lose."

Meanwhile, European Commission President Jean-Claude Juncker told Britain's Sky News that he had no opposition to dropping the backstop — provided that the UK government could provide a failsafe alternative.

Such an alternative would require a satisfactory solution to having two separate regulatory frameworks without the need for border customs checks when the UK's rules diverge from those of the EU's single market.

"If the objectives are met — all of them — we don't need the backstop," said Juncker, who met Johnson in Luxembourg on Monday. "If the results are there, I don't care about the instrument."

Johnson may face a further Brexit headache when the UK Supreme Court gives a ruling next week on whether his five-week prorogation of parliament was unlawful. A decision against the prime minister could complicate his efforts to ram through any deal he does agree with Brussels once the legislature returns on October 14.

Scotland's First Minister Nicola Sturgeon has told DW she hopes the UK's Supreme Court rules that the prorogation of parliament was unlawful. Judges must choose between Scottish and English interpretations of the law. (18.09.2019)

UK Prime Minister Boris Johnson has denied that he lied to Queen Elizabeth II over his reasons for proroguing Parliament. The five-week suspension was ruled unlawful by a Scottish court. (13.09.2019)