Foreign Minister Jean-Yves Le Drian has said that under the current circumstances, France won't offer the UK another extension to its withdrawal from the EU. "We're not going to do this every three months," he said. 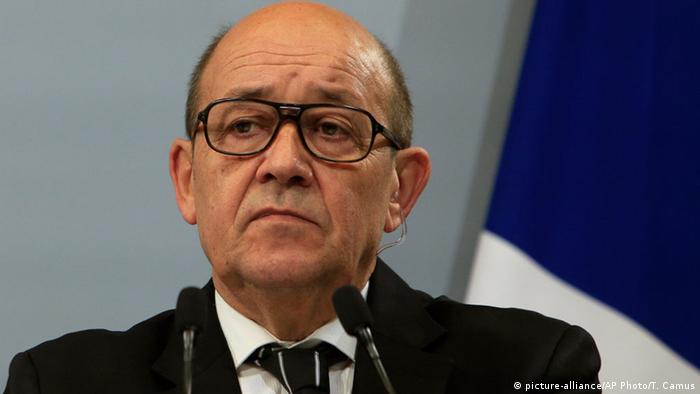 France's patience with the United Kingdom and its failure to find an acceptable deal to leave the European Union is wearing thin, according to Foreign Minister Jean-Yves Le Drian.

"In the current circumstances, it's no. ... We are not going to go through this every three months," Le Drian told the CNEWS broadcaster.

"The [British] say that they want to put forward other solutions, alternative arrangements so that they can leave," he added, referring to Prime Minister Boris Johnson's promises to find a way out of the backstop mechanism for Northern Ireland, the main sticking point.

"But we have not seen them and so it is 'no'... let the British authorities tell us the way forward," he said. "Let them take responsibility for their situation... They have to tell us what they want."

Britain has so far been given two extensions to its proposed withdrawal from the EU. Brexit was originally scheduled for March 29 this year, exactly two years after Article 50 of the EU Treaty, which regulates a country's withdrawal, was triggered in 2017.

Britain is currently due to leave the bloc on October 31, and Johnson has pledged to leave without a deal if necessary, insisting earlier this week that he would "rather be dead in a ditch" than ask for another delay.

But the UK Parliament last week passed a law blocking the country from leaving the EU without a deal, and mandating that the prime minister seek another Brexit extension if no deal were passed through Parliament.

Evidence is piling up that Johnson's administration is preparing for a no-deal exit while not seeking any new negotiations with the EU.

More of that evidence was provided by Amber Rudd, the work and pension secretary who stepped down on Saturday, and who told Johnson in her resignation letter, "I no longer believe leaving with a deal is the government's main objective."

Johnson's attempts to call a snap election, and so try to get a new Parliament more friendly to his plan to force a no-deal, have also been thwarted by MPs, who failed to give him the necessary two-thirds majority.

Meanwhile, the opposition Labour Party has obtained legal advice saying Johnson could trigger an unprecedented constitutional crisis if he tried to defy the law passed last week and not seek a Brexit extension.

A team of leading lawyers said the prime minister could be found in contempt of court and even face jail.

"If the prime minister chooses not to comply with EU (Withdrawal) No 6 Act, he will be subject to an action for contempt which could, logically and as a matter of last resort, lead to imprisonment, but that has never happened and will not happen; Britain is a rule of law country, so he will comply or leave office," lawyer Philippe Sands, one of the team who provided the advice, told the British Observer newspaper on Sunday. "All other talk is bluster."

Metin Hakverdi on Brexit: 'There is nothing new, just the prime minister'

The High Court of England has said Prime Minister Boris Johnson's decision to prorogue Parliament is lawful. A similar legal challenge is also being heard in Northern Ireland. (06.09.2019)

Boris Johnson has doubled down on elections, saying he would "rather be dead" than ask for a Brexit delay. "Torn between family and the national interest," the prime minister's younger brother resigned from government. (05.09.2019)