British voters, it seems, stay polite even when they are angry: A Yorkshire man who told the British prime minister to leave his town is hailed as a hero, leading to a top Twitter trend. 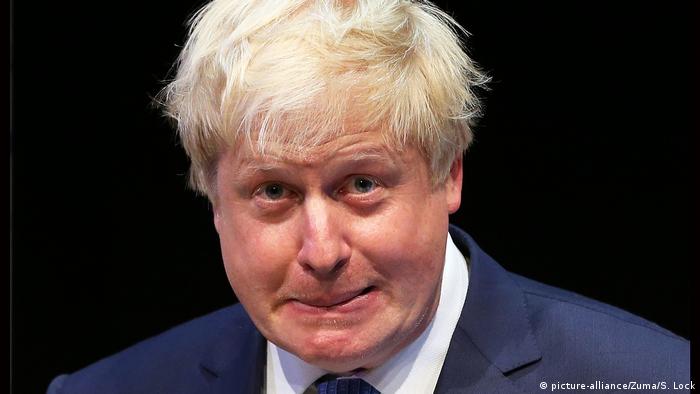 It's not Boris Johnson's week.

After suffering a major defeat in no-deal Brexit vote, Johnson saw his younger brother, Jo Johnson, step down as member of Parliament and minister for the Conservative Party on Thursday evening.

Meanwhile, Twitter user Alex Andreou had spotted a short sequence in a video clip in the BBC six o'clock news and tweeted it. It immediately went viral.

The British prime minister, visiting Yorkshire in northern England on Thursday, was strolling through the town of Morley kicking off an informal election campaign when he had an unexpected encounter.

He was approached by a man who shook his hand, slapped his back and simply and politely said: "Please leave my town."

"I will, very soon," Johnson replied.

The short sequence has since been shared endlessly on social media and received hundreds of thousands of views. It has also been picked up in memes:

"Well done" seemed to be the general consensus among the people who reacted to the footage on Twitter.

Comments included "Perfect thing to say to that minister," "Makes me proud to be a Yorkshire man…" and "Legendary Yorkshire gentility and politeness."

"Note the nice touch of the pat on the back he gives as Johnson walks away: reinforcing his dominance in the relationship. It's something Johnson has often done to other politicians," analyzed another Twitter user, @LiterallyYarn.

Another passerby in Morely on Thursday accosted Johnson with the words "You should be in Brussels, negotiating."

With the hashtag #PleaseLeaveMyTown now trending in Germany, German media have also noted how Twitter users in the country are particularly impressed by what is perceived as a typically British form of protest: "Simply very British and above all very cool" to "That's how angry citizens react in Britain! We can learn a lesson" are some of the reactions to the clip.

Andreiou, the initial Twitter poster, offered his insight as to why the moment went viral: "I feel #PleaseLeaveMyTown is the Johnson hashtag we've been waiting for."

For the third time in two days, Prime Minister Boris Johnson suffered major defeats in his plans to take the UK out of the EU with or without a deal. DW takes a look at the current impasse and what will happen next. (05.09.2019)

At the height of Brexit drama, the UK prime minister made an important decision: to adopt a puppy from an animal shelter. There may be more to his move than meets the eye. (04.09.2019)