They have long captured people's imaginations as a symbol of love, but today the birds are flying toward extinction amid a biodiversity crisis in Britain. Can conservationists protect them for the future? 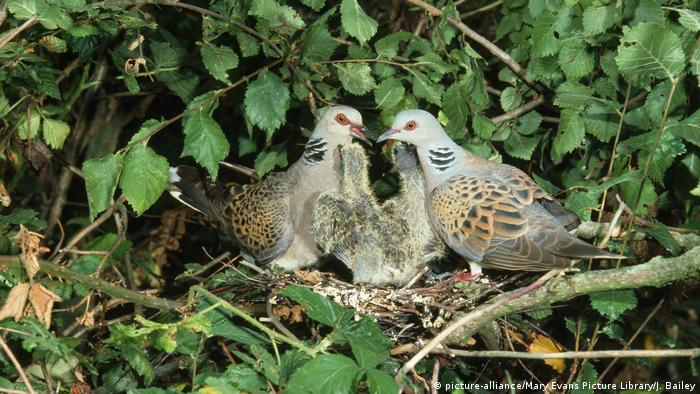 For centuries, the delicate silver dove has been a symbol of love and fidelity.

In Greek mythology, a pair of turtle doves pulled the goddess of love Aphrodite's chariot. For Shakespeare, they signified devotion, while Elvis promised to call his lover "sweet things like turtle dove." In the Twelve Days of Christmas, a pair of them are gifted on the second day, pointing to their strong bond.

Despite such cultural references, many among Britain's younger generations would not recognize the "turr turring" sound that enraptured people for centuries when the doves arrived to feed and roost during the summer.

That's because the turtle dove, of which there are four main species, is the fastest declining bird in the UK. Just 50 years ago, there were an estimated 125,000 pairs, but between 1967-2016 their numbers fell by 98%. Now, there may be fewer than 5,000 pairs left, according to European Commission estimates. Across Europe numbers have dropped by over a third and the bird now features on the IUCN red list ofthreatened species as "vulnerable" and declining.

"The sound of the dove is nostalgic," said Isabella Tree, who co-runs the pioneering Knapp Estate rewilding project in south-east England. "It's long summers ahead of you at the end of school. It's freedom and being carefree ... and I guess that decline [in the UK and Europe] symbolizes so much as well," 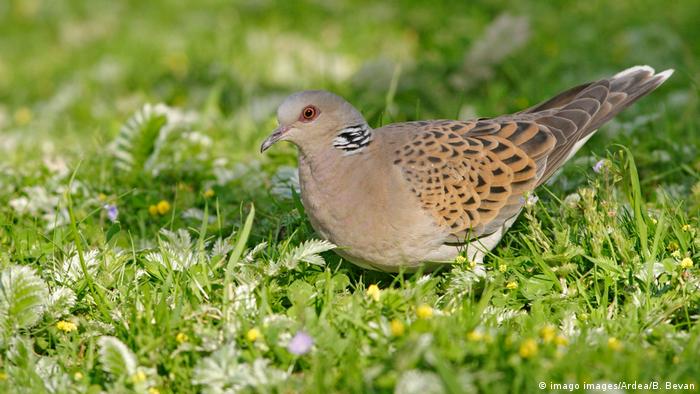 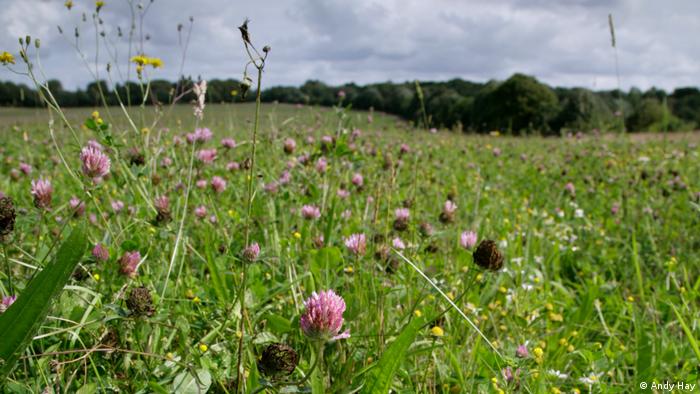 Their near extinction is a symbol of the biodiversity crisis in the UK, largely driven by habitat destruction. Britain is now one of the countries with the most depleted nature in the world according to the World Wildlife Fund. Half its plant and animal species are in decline and more than 40 million birdshave vanished in just half a century.

"[Turtle doves] are the canary in the [coal] mine because there are all these other species before it and after it," said Tree. "It's an umbrella for all the other species that are heading that way."

Turtle doves migrate south through Europe to sub-Saharan Africa between July and September, ending up in dry woodland and farmland areas of countries like Mali and Senegal for winter.

Droughts in West Africa and the Sahel region are believed to have contributed to the fall in turtle dove species recorded in northern Europe, with low rainfall reducing supplies of the seeds and insects the birds rely on for energy for the long journey home.

On that journey, they face more threats. As many as 2-3 million birds are hunted as they pass through Europe. EU authorities say hunting is being allowed at unsustainable levels, and conservation organizations across Europe are lobbying governments for better regulation.

Yet by far the biggest cause of their decline, is the damage to the UK and northern European habitats that have long served as their homes during the spring and summer. 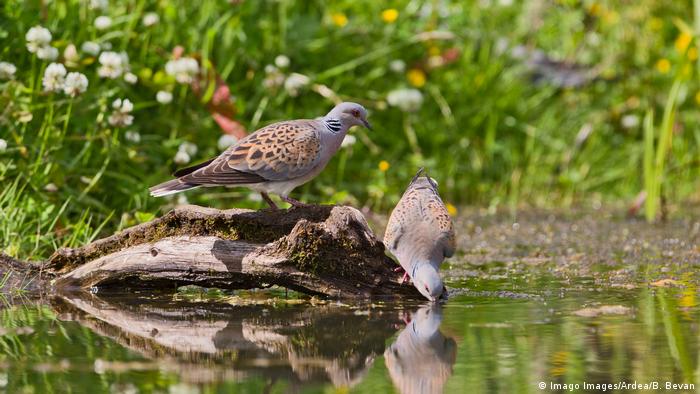 In Britain, it's difficult for turtle doves to find fresh water because of agricultural pollution

Turtle doves require access to fresh water, bare patches of land to feed on natural weed and wildflower seeds, and thorny scrub in which to nest. Runoff from agricultural nitrates makes fresh water often difficult to find in the British landscape and grasslands and wildflower meadows are being depleted by farming and urban expansion.

"I remember as a child it got called wasteland, but scrub habitat is far from waste habitat," said Marc Outten, a landscape conservation area manager at Essex Wildlife Trust in south-eastern England. Its ecological properties include thorny scrub, bare open areas, wildflowers — everything a turtle dove needs.

Outten works with Blue House Farm, a 660-acre (267-hectare) nature reserve in the UK county of Essex, where they have replicated weedy fallow plots.

"We work on it every year to make sure it's in the condition it needs to be with plants such as clovers and black medic,” Outten said. "These plants are native to the landscape and produce the seed the birds feed on.”

The birds eat a wide range of seeds from various plants that would have been abundant 50 or 100 years ago, added Guy Anderson, program manager for species recovery with The Royal Society for the Protection of Birds (RSPB).

"But it's simply true that with the gradual process of intensifying our agricultural production, the availability of those seeds has dropped and dropped," said Anderson. 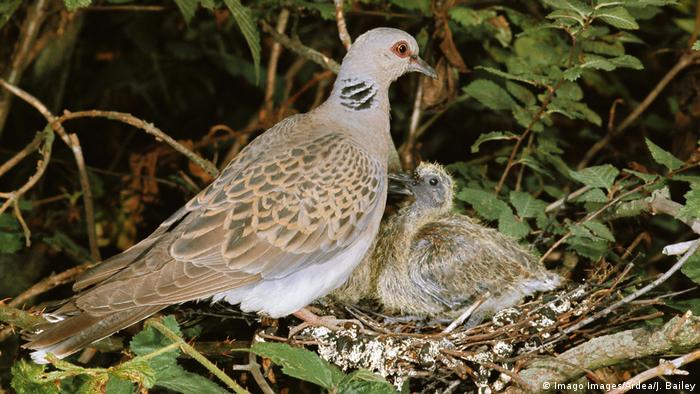 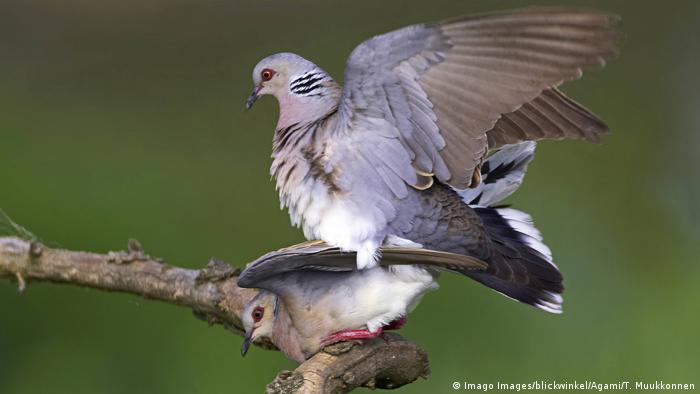 Part of the project includes supplementary feeding — providing sources of food in the form of seed or grain. Under the Countryside Stewardship Scheme in England, farmers can receive financial support to create a turtle dove habitat.

Though they haven't recorded an increase in doves across the sites in the four years of working on the project, Outten said they are seeing improvements in how landowners and farmers manage habitat for the birds.

The 3,500-acre Knepp Estate in West Sussex is another project taking a different approach and one of the few places where turtle dove numbers are increasing.

Isabella Tree and her husband Charlie Burrell converted their intensively farmed land into a rewilding project almost 20 years ago. They have let the land return to nature.

Just one year after they'd finished rewildingthe southern part of their property, they heard turtle doves for the first time. It's now a breeding hotspot for the birds with an estimated 19 pairs. Knepp is also home to 2% of the UK's population of nightingales.

Tree is critical of supplementary feeding schemes that, in her view, are short term. She questions the chances of turtle doves getting to feed on scattered seeds before other mammals eat them first.

"Restoring habitat is going to be the fix," she said. "[The turtle dove] needs those natural wildflower seeds and other things it would be finding as soon as it arrives in the spring."

She calls for building wildlife corridors to bring back biodiversity: this could be hedgerows that are left to grow much larger than normal, or the rewilding of an entire river system.

"Until we can actually have a strategy that allows areas of nature to connect together, we're going to have no resilience in the system at all," said Tree.

As rising temperatures threaten the survival of many plants and animals, one option could be to move them to more suitable climes. It's a divisive idea among scientists and conservationists.

For any human flier, 14,000 kilometers in one stretch would be a challenge. But as birds cross oceans and continents, many species — including endangered ones — pull off this feat without the aid of jet engines.