UK's most talented architects are not human

Beavers haven't been resident in the UK for 400 years. But conservationists in England's southwest are showing how bringing back the busy rodent could be a boon for the environment. 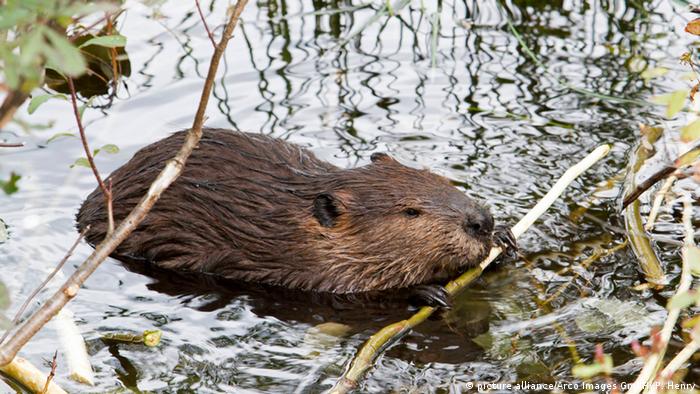 In a green, idyllic corner of southwest England, the beaver - a once common, but now long-absent inhabitant - is making its mark again on the British countryside. After being hunted into extinction for its fur and meat in the United Kingdom some 400 years ago, locals discovered a small, wild population of Eurasian beavers living along the confusingly named River Otter in east Devon in 2008. The discovery delighted scientists.

"It's a keystone species, an animal that manipulates its environment and benefits other species," Mark Elliott of theDevon Wildlife Trust (DWT) told DW. "And we have some fantastic examples of things that have benefited."

The busy rodents' engineering prowess could help increase biodiversity and fight floods. In a country seeing more extreme storms, and where one in 10 wildlife species faces extinction according to a recent report, conservationists say the beaver is a prime candidate for reintroduction to the wild. But not everybody is on board. Farmers, in particular, have expressed concerns.

A team of scientists and conservationists from DWT and the University of Exeter are hoping to win over opponents by demonstrating the animal's advantages, thus paving the way for reintroduction across the country.

The DWT is managing two beaver projects in Devon. One focuses on the population on the River Otter, where the animals are allowed to exist more or less naturally in what is the only licensed wild trial in England.

The other is further west, on an enclosed and well-fortified, isolated site near the quaint market town of Okehampton. It is at the enclosed site that the science happens, via a series of camera traps and state-of-the-art monitoring equipment.

"This is some of the leading research going on in the world about beaver hydrology," says Elliot, a beaver aficionado and wetland ecologist who has been with the DWT for 10 years. Since their introduction to the site five years ago, the beavers' prodigious engineering skills have transformed a once densely wooded willow grassland into what Elliott describes as a "huge complex wetland."

"They really do go at it," says Elliot as he shows DW the beavers' impact. The changes are easy to spot. Their dams are everywhere. The main watercourse, previously nothing but a trickle, is now a full stream flowing through a series of brimming ponds.

"We put them into what is suboptimal habitat for them," Elliott told DW. "Without the fence, they would have probably headed straight downstream … where there is plenty of deep water."

"So they had to manipulate their environment in order to create that deep water."

The results of the trial so far have been telling. As water moves through the site, pollutants such as sediment and phosphate are filtered out. The beavers' constructions also hold water when it rains, reducing flooding downstream. They then slowly release water in drier times.

In theory, widescale reintroduction of the animals could help with agricultural runoff, and inform techniques for natural flood management.

Late last year, severe flooding in much of the north of England caused extensive damage. And in the future, the UK is expected to spend more than $4 billion (3.6 billion euros) a year on flood defense. 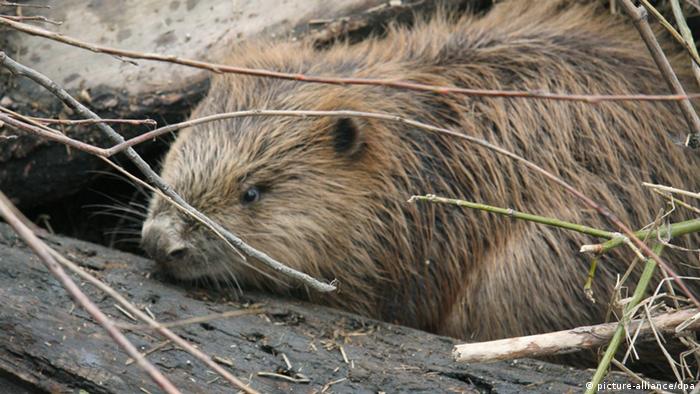 As they are able to dam up floods, beavers can play be useful to agriculture

The beavers' positive effect on biodiversity across the area is clear, too. A lesser spotted woodpecker chirps from atop a tree and butterflies flit across the ponds. Herons are now known to enter the site to feed on what is practically a buffet of frogs.

"We had ten clumps of frogspawn in the first year we put the beavers in," says Elliott. "This year we counted 571 … because there is a huge complex wetland now, with huge ponds for amphibians to breed in."

A question of balance

Still, some are opposed to reintroducing beavers to the British countryside.
The National Farming Union is among those claiming that a big beaver population would damage arable land. North of the English border in Scotland, farmers complain that the mammals have been burrowing into flood banks and damming drainage canals on farmland.

Culling of the highty territorial animals has been reported. But those fears are overblown, says Helen Meech of Rewilding Britain, a new organization that advocates the reintroduction of once native species as a way of improving the British countryside.

"Beavers were reintroduced to Bavaria 30 years ago, there is now a population of 18,000 and actually the landscape is not that different from Britain," Meech told DW. "It's fairly intensively farmed, and beavers do cause conflict there. But it is managed." 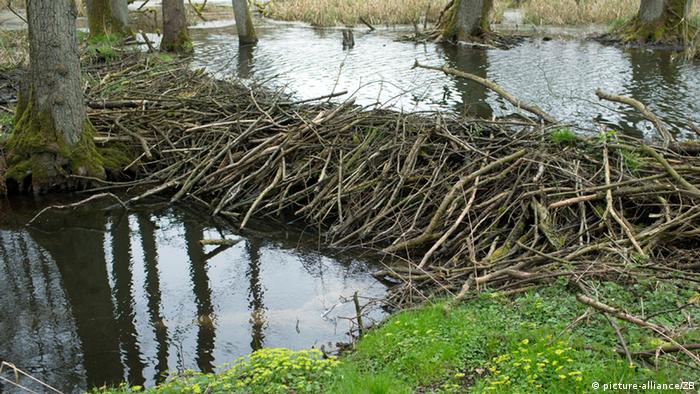 Beavers are industrious workers, as this dam goes to show

In Devon, locals appear to be happy to have the animals back. When the River Otter population was first discovered, government plans to remove them led to a public outcry and a successful campaign to keep them.

Elliott adds there has been little in the way of conflict between the beavers and farmers so far, and that landowners' needs will continue to be addressed.

Once the wild trial is completed in 2020, the fate of the River Otter beavers is in the hands of the government, which will rule on whether they can stay or must be removed.

In the meantime, unaware of the controversy around them, the animals will continue - forgive the pun - beavering away.