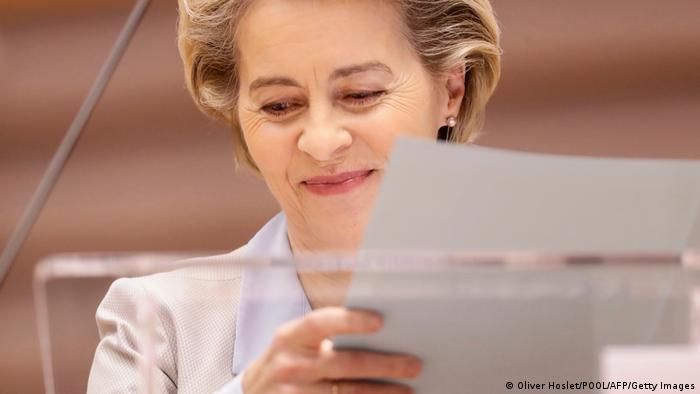 The coming days in the Brexit negotiations will be "decisive" as to whether Britain and the EU are able to agree a free trade deal, European Commission president Ursula von der Leyen said on Wednesday.

But the former German defense minister warned that talks could still fail.

"The next days are going to be decisive. The European Union is well prepared for a no-deal scenario," European Commission President Ursula von der Leyen told MEPs.

"With very little time ahead of us, we will do all in our power to reach an agreement. We are ready to be creative", she said.

"I cannot tell you today if in the end there will be a deal. There has been genuine progress on important questions." 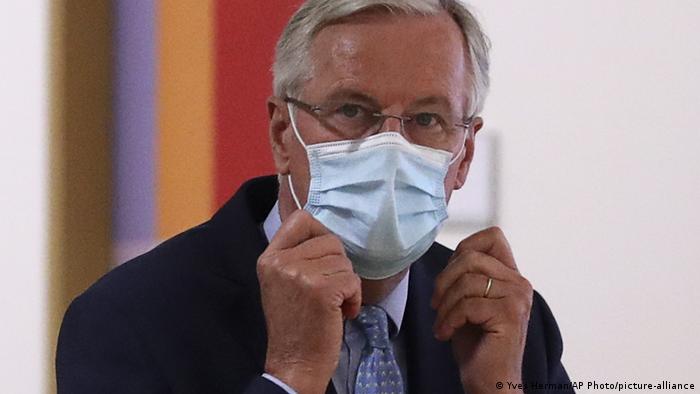 The Frenchman had been expected to travel to London latter this week once he has finished his period of self-isolation in line with Belgian health rules.

But sources from his negotiating team told DW hat he had threatened to cancel the face-to-face talks with Lord Frost unless there was a significant breakthrough this week.

"The British are, frankly, laughing at us," said one source close to the negotiations. "Time is now very short: if nothing moves in London, we risk going towards no deal."

A UK government spokesman told DW: "We now need to see more realism from the EU on what it means for the UK to be an independent state."

EU ambassadors say the text of a future trade pact is "95% done", but that both sides are still trying to bridge their differences over key issues that have hampered progress for months.

They include rules to prevent unfair competition, how to police a deal if and when it is agreed, and the thorny issue of fishing rights for EU trawlers in British waters.

"Our position on fish hasn't changed," British Prime Minister Boris Johnson told parliament on Wednesday. "We'll only be able to make progress if the EU accepts the reality that we must be able to control access to our waters and it's very important at this stage to emphasise that."

Britain officially left the EU on January 31st of this year. But a transition phase, in which it follows all EU rules, ends on December 31st.

A so-called No Deal Brexit would mean that both the UK and the EU would have to trade from January 1st based on World Trade Organization rules, which would see huge tariffs slapped on goods flowing in both directions. 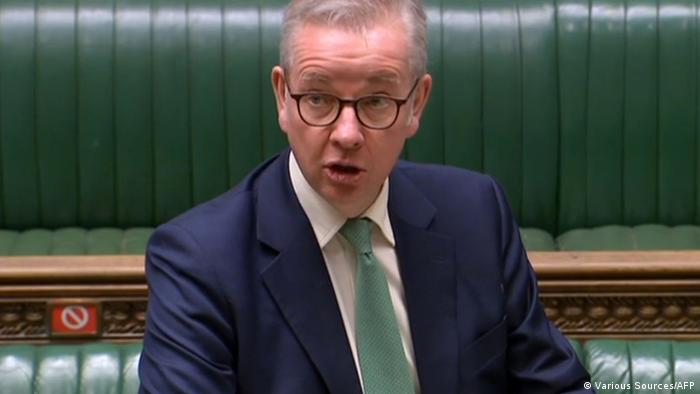 Michael Gove, a senior UK minister, is hopeful of reaching a deal

Michael Gove, a senior British government minister, said on Tuesday that he hopes the UK will "secure a good deal with the European Union."

But he added: "The European Union needs to move as well, and it needs to acknowledge that we voted to take back control and that’s the most important thing.”

Prime Minister Boris Johnson's most powerful adviser was spotted carrying a cardboard box out of 10 Downing Street, a day after intimating that he would soon quit. UK media immediately reported that he would not return.