Brexit is not Brexit when it comes to security | Europe| News and current affairs from around the continent | DW | 21.06.2016

Brexit is not Brexit when it comes to security

We are unlikely to see a fundamental weakening of European security should UK voters choose to leave the European Union, argues Thorsten Benner, director of the Global Public Policy Institute in Berlin. 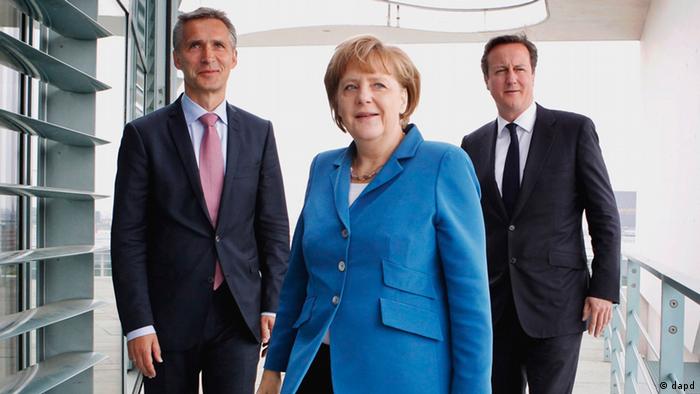 If you believe ardent Brexit supporters, the EU is close to establishing a joint army that Britain would be forced to join. For UK Armed Forces Minister Penny Mordaunt the only way to escape this certain fate is to vote "Leave."

This is of course rather fanciful scaremongering.

But while Mordaunt's nightmares about a fully-fledged EU army are not close to becoming real any time soon, a Brexit is unlikely to derail the nascent improvements in European security and defense cooperation prompted by new threats and budgetary pressures.

This runs counter to the narrative of many Brexit doomsayers. For sure, Russian President Vladimr Putin and other geopolitical antagonists of the European Union will rejoice if the majority of UK voters decide to give the EU the boot. Putin banks on this triggering a further political fracturing of the EU that he can then exploit. But while populist movements across the Continent will feel emboldened by Brexit, this is unlikely to weaken European security. Too many countervailing forces are at work.

Post-Brexit, the security logic is very different from the economic and finance logic. For the remaining EU countries, it is a rational choice to make Brexit painful for the British economy and the City of London - not just to gain business themselves but also to deter others playing with the idea of leaving the EU. A painful Brexit would drive the point home that when you leave the EU, this leaves you economically worse off since you lose your privileges as member of the single market. "Out is out," is the mantra that German Finance Minister Wolfgang Schäuble has put forward in lockstep with French Economics Minister Emmanuel Macron. But when it comes to security, this logic does not apply. 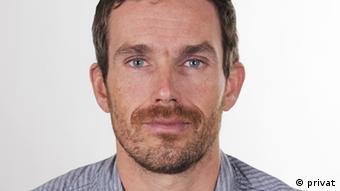 Thorsten Benner, director of the GPPi

Britain has excellent military, police and intelligence assets. European countries know they will be stronger if they continue as close a security cooperation as possible with the UK. Therefore, "out is not out" when it comes to security. Cooperation of the intelligence services will continue. And Europol and the rest of the EU apparatus will find pragmatic bridging arrangements with the UK in order to continue close collaboration on fighting crime and terrorism. It will take time and effort for more permanent cooperation arrangements to be worked out. But the incentives are in place on all sides to make police and intelligence cooperation work post-Brexit.

In terms of military security, at any rate, NATO, not the EU, is the key forum. And NATO will have the same threat perceptions and reasons to provide collective security on June 24 as it had before a possible Brexit. Article 5 will remain article 5. While the "European pillar" within NATO will get fractured somewhat, this will not undermine the core of the Western military alliance. NATO has been able to live with French exceptionalism for a long time.

At the same time, there are encouraging signs that NATO and the EU are finally finding better ways to work together. The pragmatic cooperation on the EU-Turkey deal and the migration challenges is a case in point.

Of course, EU military capabilities will be severely diminished without the UK. But EU military missions are flexible in terms of drawing on contributions of willing non-EU members. The EU could benefit with ad-hoc arrangements on UK contributions the same way it has included Georgian capabilities in EU missions. At the same time, the rest of the EU may well decide to improve military integration.

The new EU Global Strategy that will be unveiled after the Brexit vote will likely contain more ambitious military goals for the EU. These are mirrored by the conservative EPP in the EU parliament which has expressed support for a permanent EU military headquarters. Pooling and sharing and joint procurement in particular will remain tedious business among EU partners.

But budgetary pressures combined with the need to have better capabilities could result in improvements. The new German white paper on defense for example will include promising principles for joint procurement: agreeing on a single design, a lead nation for project management and a division of labor in terms of production based on comparative advantage, not concerns about creating jobs.

With or without you

"Europe today is facing a series of grave security challenges. Britain will have to confront these challenges whether it is inside or outside the EU," 13 of Britain's most senior former military commanders wrote in a letter earlier this year. The same goes for the rest of the EU. It will have to confront these challenges with or without Britain as a member. Of course, it would be easier to do so without the political distractions and political weakening of both Britain and the EU that Brexit would cause.

Without any doubt, in a security environment as volatile as today's, Brexit carries real risks. But there are few reasons to believe that it will lead to a fundamental weakening of European security. In this regard, European eyes should be set on Nov 8, not June 23. The potential election of a President Donald Trump in the United States carries far greater risks for European security than Brexit.

German investors: 'Brexit, so what?'

Germany's institutional investors are looking to the future with a great deal of hope. A leading economic think tank said its closely watched confidence barometer jumped unexpectedly despite Brexit fears. (21.06.2016)