Rapper Cardi B turned heads as the host of the AMAs. Taylor Swift picked up a record-breaking 34th award, while veteran musician Ed Sheeran was also among the winners. 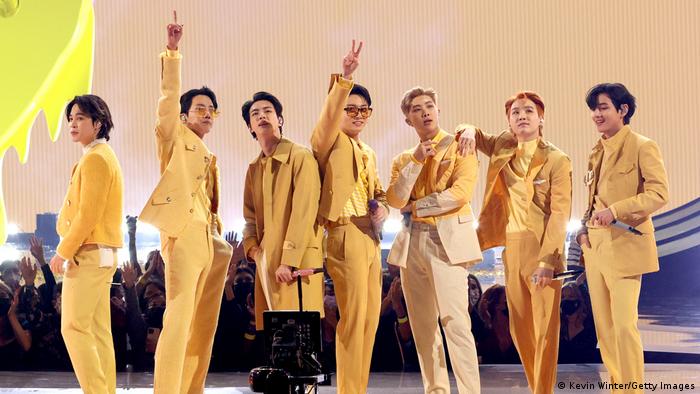 Despite the pandemic, the 49th annual American Music Awards ceremony took place in person at the Microsoft Theater in Los Angeles Sunday night.

Unlike many other entertainment industry awards shows, the winners of each category are voted on by fans, making it a direct reference to the popularity of an artist, track or album.

The evening's host was rap diva Cardi B, who won over the crowd with her signature humor and flamboyant gowns which she changed frequently throughout the evening.

In addition to her duties as host, Cardi B stepped further into the spotlight while winning the award for favorite hip-hop song with her track "Up." "Oh my god, I'm so famous! Thank you so much Bardi Gang, thank you to my fans, to my new fans, to the ones that been holding me down all these years, thank you for voting for me," she said while wearing a dramatic yellow draped garment. 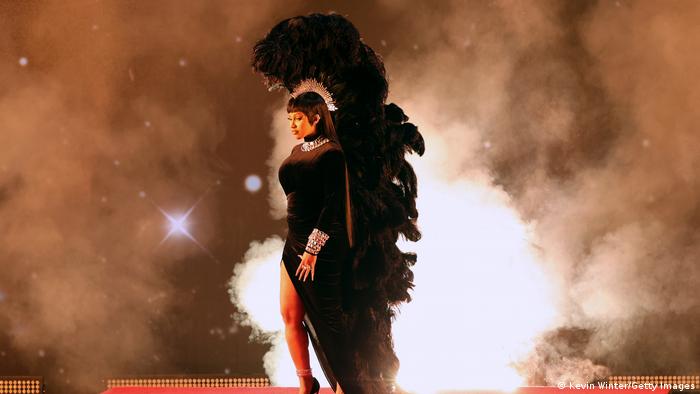 Cardi B changed outfits a number of times throughout the evening

In another eye-catching look — a black gown with comically boxy shoulders and silver sleeves — she introduced one of the evening's most notable performances: the premiere of the song "My Universe," a collaboration between superstar South Korean boy band BTS and indie icons Coldplay

The seven-member group, BTS, was the evening's biggest winner, taking home some of the ceremony's top awards, including artist of the year, favorite pop duo or group, and favorite pop song for their single "Butter," which they also performed live at the event.

The boys have been taking the entire world by storm, especially in light of recent releases of songs in English, including their recent track "Permission to Dance," which was filmed inside the UN General Assembly and garnered millions of views on the UN's Youtube channel.

Their music often touches on positive topics related to today's youth, like self-love and embracing change amidst the pandemic. 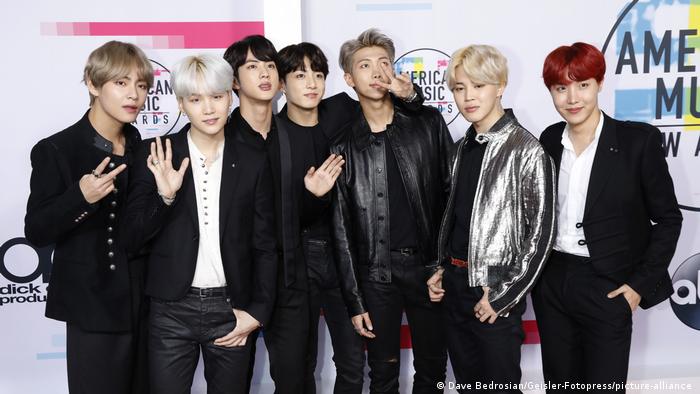 Doja Cat garnered the same number of wins, including collaboration of the year for "Kiss Me More" with R&B crooner SZA, favorite female R&B artist and R&B album for Planet Her.

When it comes to music videos, Lil Nas X has had a year of wins. He took home favorite music video for the provocative, Greek-mythology inspired video for his song "Montero (Call Me by Your Name)," which was the subject of social media hype and controversy, including a feud with South Dakota's governor over its homoerotic content.

The video and track also won the top award earlier this year at the MTV Music Video Awards.

It's been a big year for singer-songwriter Olivia Rodrigo too. The 18-year-old former Disney channel actress was voted new artist of the year at the AMAs; she had won in the same category at the MTV Music Video Awards. Her album, Sour, was released earlier this year, and she performed one of its tracks, "Traitor," at Sunday's ceremony.

Yet the evening wasn't all about newcomers.

In the favorite male and female pop artist categories, two old-hands in the business came out on top: crooner Ed Sheeran and Taylor Swift proved you don't have to be a newbie to win over fans.

With her two wins, Swift extended her record as the AMAs' most-awarded artist ever, having collected an accolade 34 times over the years. 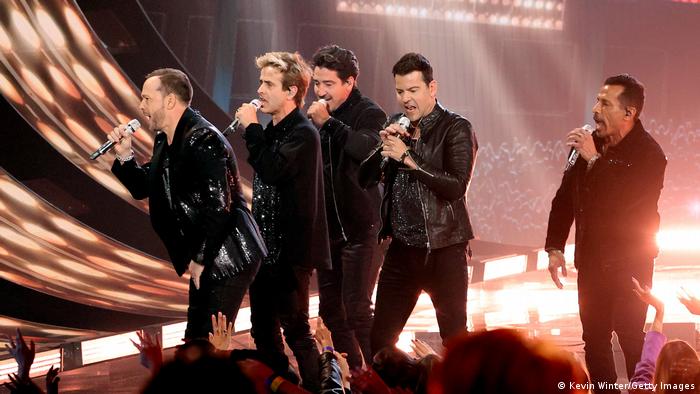 The evening also included a throwback performance by 80s boy band, New Kids on the Block

The evening was packed with performances, including a throwback performance of two boy bands popular in the 1980s and early '90s: New Edition and New Kids on the Block. Both groups performed musical mashups of several of their hits, as visibly enthused older attendees sang along in the audience.

The evening's opening performance was given by Bruno Mars and Anderson. Paak, who recently released a collaborative album, titled An Evening with Silk Sonic.

Yet some signs of the ongoing pandemic remained. Guests in the pit surrounding the stage were required to wear masks, while VIP guests did not have to wear masks, but sat in socially-distanced seating.