Turkey's K-pop fan community is very active. But for religious conservatives, the South Korean music has a bad influence on youth. Is it about to be censored? 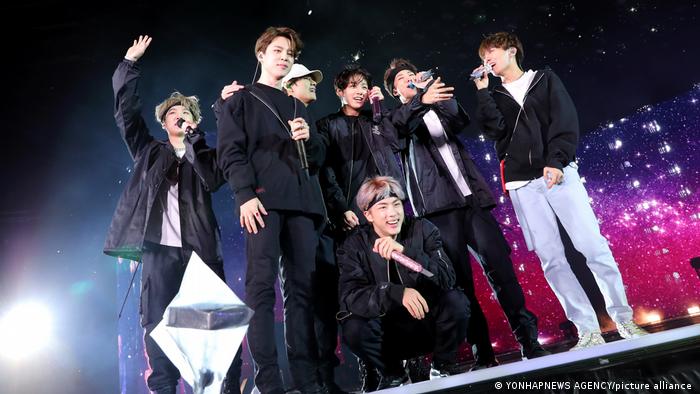 BTS, Blackpink, EXO, TXT and TWICE have become idols for an entire generation across the globe.

The digital strategy of the music labels behind the carefully cast androgynous girl and boy groups has given the K-pop hype a boost during the coronavirus pandemic. Some of their videos have more than a billion views, and their online community is one of the most active in the world. Twitter just celebrated its 10-year #kpop hashtag anniversary.

New hashtag: 'K-pop should not be banned'

Young people in Turkey are part of the global fan community, where they rank 12th in terms of the number of K-pop tweets posted.

Dismayed fans claim to have heard from a reliable source that K-pop will be banned in Turkey as of mid-September. Is that true, just scaremongering or perhaps an attempt to get people riled up against the government?

The origins of the rumor are vague, including an article about three girls who, inspired by a Korean movie, allegedly wanted to run away to South Korea. Later, the father of one of the girls said his daughter liked to watch Korean videos, but she never wanted to go there.

Another article said Turkey's Family Affairs Ministry was investigating the extent to which K-pop was removing young people from their families and encouraging them to live a gender-free lifestyle.

Dismissing the rumors as "agitation," Family Minister Derya Yanik told Turkish NTV broadcaster the government is investigating everything that is produced in the field of popular culture that "might interest children and that might influence them negatively."

She said the government can't ban anything but could at most check content and, if necessary, set certain legal mechanisms in motion, such as banning individual images.

Since then, a fierce verbal battle has raged between the camps, sparked by vague statements and rumors.

It shows two sides of a society that have drifted further apart than ever before in the 20 years of President Erdogan's rule. There is no sign of a social consensus.

Yeni Safak (New Dawn), an Islamist, pro-government daily known for its hate speech against the opposition and minorities posted a video warning of the dangers of K-pop. "Muslim children are exposed to a bombardment of music and series called K-pop. Especially children who are neglected by their parents listen to this music to avoid feeling lonely," the paper wrote. The video quotes experts who see the main problem with K-pop bands is that they portray gender neutrality.

Role models who cannot be clearly identified as men or women are not good for the development of young people, says Hatice Kübra Tongar, a Turkish woman who runs a YouTube channel with almost 300,000 subscribers and describes herself as an education expert.

Then she goes one step further: "The soul, human nature, is bothered by something like that. If human nature had wanted that, God almighty would not have given us the people of Lot as an example of a corrupt people. It is not normal, and therefore we cannot consider it normal."

K-pop fans are not impressed by such rhetoric. They know websites can be blocked, and they know how to get around the blocks, too. "If they ban it, I'll change my settings and keep watching," a user writes under a K-pop music video. "As if Turkey doesn't have other problems, now you're targeting K-pop," says another user. 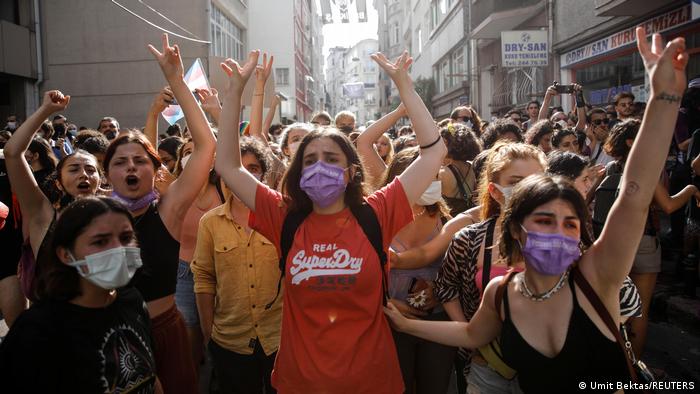 Critical of conservative gender views: Young demonstrators gathered for a Pride Parade that was banned in Istanbul in 2021

"I think Korean society is similarly conservative as ours," argues Gunes, a 23-year-old Turkish student and huge K-pop fan, adding that she can't understand the current fuss. It's absurd to claim that the stars are calling for gender neutrality or homosexuality, she told DW.

The fact that the male singers use makeup, paint their nails, dye their hair and wear colored contact lenses for their performances is part of their musical culture and not unusual these days, Gunes says, adding, "It's part of the process of setting oneself apart and making an impression."

Gunes doesn't think K-pop can be silenced in Turkey. "In Korea, being an idol is a huge thing. People work very hard for it. And the fan culture is also very big. It's now established in Turkey as well. Maybe we're even one of the biggest fan bases. You can't get rid of these bands."

The Korean stars sing about the pressure to perform and the desire for self-determination — issues young people in Turkey share.

In parliamentary and presidential elections in 2023, more than 11% of the vote will be in the hands of Turkey's Gen Z, a generation President Erdogan would have preferred to see become a "religious youth."

A hashtag currently trending in Turkey, however, is #oymoyyok — #NoVoteForYou.

In a survey, young people indicated the values most important to them: Freedom, equality and justice — none of which are not compatible with censorship.

Will The Blitzers become K-pop's next big sensation?