Calvin Klein, Coach, Givenchy, Dolce & Gabbana, Swarovski — and now, Versace. The list of foreign brands that have generated online fury in China would make for a glittering evening of luxury and fashion. 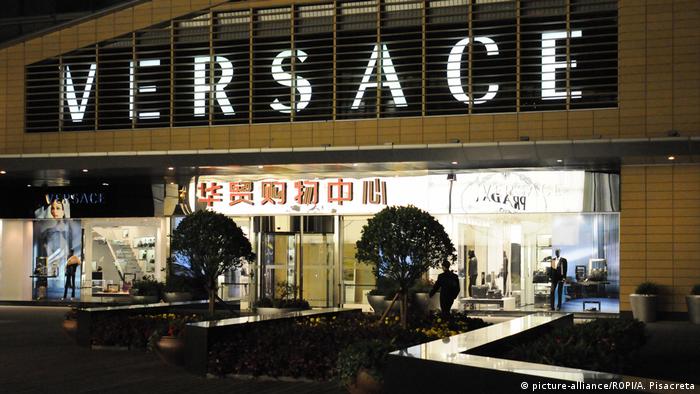 Global brands are increasingly reliant on China's burgeoning middle class for growth and being shunned by the Chinese market can prove fatal. A report by the Bain consultancy shows that Chinese consumers make up a third of global luxury sales.

The firestorms start with critical reports on state media, which are then whipped up into calls for boycotts on social media platforms such as Weibo and Wechat.

Things have taken on an especially frenzied aspect in recent months with the Hong Kong democracy protests, portrayed on the mainland as a foreign-led assault on Chinese sovereignty.

"It's intensifying because there is a feedback loop. The more pressure there is on the Communist Party from the trade war and Hong Kong etc., the more the Party turns up the nationalist propaganda when this happens as a defense mechanism," said Elliott Zaagman, co-host of the China Tech Investor Podcast, and a commentator for the Lowy Institute's Interpreter blog.

The social media pressure is not coming directly from the government but it is clearly something that is encouraged by the ruling Communist Party.

A €385 ($ 426) Versace T-shirt listed the locations of Versace stores all over the world, but failed to specify Hong Kong and Macao as part of China, even though both are Special Administrative Regions (SAR).

With the Hong Kong protests, the timing was appalling and soon the social media outcry began. Chinese sovereignty had been compromised, web commentators thundered.

Versace issued an immediate apology and destroyed all T-shirts but the damage was done.

It was similar to November, when Dolce & Gabbana angered Chinese netizens for depicting a model eating spaghetti with chopsticks. This was followed by an extraordinary series of derogatory remarks by co-founder Stefano Gabbana on Instagram.

Dolce & Gabbana has since struggled with getting its brands on the all-important web retailers.

It's not just fashion

Airlines such as Qantas were in trouble for declaring self-ruled Taiwan, which China considers a breakaway province, as a separate entity in the booking section of their web page, and had to change it to "Taipei, Taiwan Province" thereafter.

In June, the Swiss bank UBS economist Paul Donovan Hong Kong became the target of online anger when he used the phrase "Chinese pig" in a report on the impact of the country's swine flu outbreak. The statement was in not in any way insulting, but UBS still suffered consequences to its business, and it apologized and placed Donovan on leave.

"We are living in a digital world, where any local brand mistake can have an immediate global impact. Companies are still underestimating it, and eight months after Dolce & Gabbana, most brands have done little or anything to set up processes that prevent such significant mistakes like this from happening," Daniel Langer, CEO of the luxury, lifestyle, and consumer brand strategy firm Équité, wrote on the Jing Daily blog.

So why are brands not taking the situation more seriously? A common view is decisions are often made too far away. Corporate headquarters in Europe or the US are naïve at times when it comes to the intersection between Chinese consumer sentiment, government policy and online vigilantism.

How dangerous is this for companies? "It depends," said Zaagman. "With Hong Kong, Beijing is pushing organizations to take sides."

For most companies, this is a PR disaster that is forgotten in a couple of weeks after a suitably groveling apology.

But the case of the Korean retail giant Lotte shows how dangerous this can become. In 2016, Lotte gave over part of a golf course for the deployment of a US missile defense shield in South Korea, against China's wishes. A state-induced boycott of Korean brands eventually pushed Lotte to withdraw, even after the company had invested $6 billion in China.

A Chinese warship reportedly came closer than 12 kilometers (7.5 miles) to Taiwan as Beijing continues its military drills. But Taipei said it will not be cowed by its "evil neighbor."