German carmaker Audi has drawn stern rebuke in Chinese social media for a new commercial that compares women to second-hand cars. The issue has the potential to hurt Audi's sales in one of its most important markets. 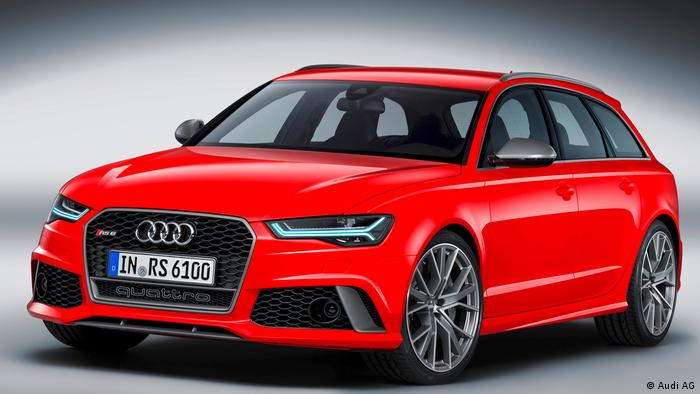 Chinese social media users have been scathing in their criticism of Audi following the circulation of a new commercial in which women were equated to used cars.

The advertisement depicts a wedding scene with a young groom and bride standing at the altar about to getting married.

As they take their vows, the groom's mother suddenly rushes to interrupt the ceremony and begins to inspect the bride.

After yanking the bride's nose and ears, the mom forces the bride's mouth open to inspect her teeth, all to her would-be daughter-in-law's discomfort.

Following her examination, the mom appears satisfied and makes an "ok" gesture toward the couple, prompting a sigh of relief on the tense couple's face.

But their ordeal is not over, yet. The mom then turns her gaze toward the bride's chest, and the anxious bride quickly covers her breasts with her hands.

The scene then changes to a red Audi sedan driving through an empty highway, with a man's voice saying, "An important decision must be made carefully."

At the end of the ad, viewers are encouraged to visit a website selling used Audi vehicles. "Only with official certification can you be rest assured," says a male voiceover.

The ad sparked outrage on Chinese social media networks where users have blasted the commercial as "sexist" and "utterly inappropriate." The video has been shared over half a million times on Sina Weibo, China's equivalent of Twitter.

In addition to demands for the ad to be taken down, there have been some calls to boycott Audi cars.

Responding to the criticism, Audi said the advert was produced by the firm's Chinese joint-venture partner, FAW-Volkswagen Automotive. "The perception the ad created among so many people in no way corresponds to the values of our company," the firm said in a statement to the German DPA news agency.

It's not that long ago that German carmaker Volkswagen had to recall a million Audi cars in China because of faulty coolant pumps. Now a defect in a headlight fuse is causing more trouble for the company. (17.05.2017)

A Chinese commercial for laundry detergent has gone viral. Outrage across social media says the ad, which shows how to get the "black" out of dirty laundry, is blatantly racist. (27.05.2016)

The controversy comes at a difficult time for Audi. While Audi held the sales crown in China's premium car sector until 2016, the brand's German rivals BMW and Mercedes-Benz look set to sell more vehicles than Audi this year in the world's largest auto market.

In 2016, China was the second most significant market in the world for Audi. The company sold 591,554 vehicles in the Asian country last year, second only to its sales in Europe, numbering 860,600. The US was in the third spot with Audi car deliveries amounting to about 210,213 vehicles.

So Audi would be sensitive to boycott calls and any potential fallout from the latest controversy.

This is not the first time German carmakers have faced such troubles and come under attack on Chinese social media. Last year, German auto giant Daimler was forced to remove a top executive and apologize on his behalf, after he made racist comments about Chinese people during a row over a parking space.

For instance, a Chinese ad for laundry detergent last year triggered a furore online and was lambasted as blatantly racist.

In the commercial, a Chinese woman shoves a black man covered in paint into a washing machine and when he reemerges, he's no longer black, but a "clean" light-skinned Chinese man. Following strong criticism, the Chinese firm later apologized.