Vegan currywurst, Italian dishes made with regional products only and many different kinds of kebabs. Berlin's new trends when it comes to food might set the course for the future of German traditional cuisine. Back in 2009, when I first came to Germany, I used to ask friends what they'd recommend as a quick, traditional German meal. Their answer, between smirks, was a kebab. It wasn't until later that I realized they weren't joking but pointing out the reality of how German food continues to develop after the arrival of new cultures in the country, globalization and the rise of a more environmentally friendly and health-conscience generation.

The kebab is just one example of the new German cuisine that has been developing over the past 20 years, and Berlin is the place where this new trend has started and from where it's now spreading all over the country.

A country of many cultures

People say Berlin is not a German city and I definitely agree. The German capital is home to foreigners from almost every country in the world and a place where traditional German food has become more of a delicacy and a rarity rather than a common lunch option. Berlin is a melting pot and Germans living in Berlin enjoy the city's multicultural atmosphere - and menu. 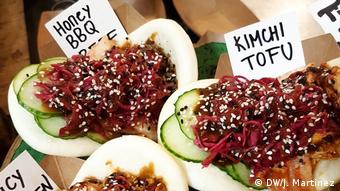 Foreign dishes are being adapted to the German customer

Berliners eat Vietnamese, Indian or Italian for lunch or dinner and with more exotic cuisines getting popular, no one is surprised anymore to see restaurants offering interesting mixes of African, South American and Asian food in a single location. At the same time, restaurants are also adjusting the taste to the German customer.

The rest of Germany is following the same culinary path as Berlin. The non-German population is growing all across Germany and with a new generation of Germans coming from different backgrounds, every city in Germany has now a spot with crisp and flaky baklava or authentic tzatziki without going to Greece.

Food trucks rolling over the competition

The era of sitting down in diners and three-course meal restaurants belongs to the past. We live in a time when food should be served quickly - and potentially to go - while still offering us a variety of dishes. Street food is filling that niche and its proponents are not only in Berlin and Hamburg, but also in small cities like Bochum, Kassel and Leipzig. Street food culture is also globalizing the food industry as chefs prepare food with more exotic products while at the same time maintain traditional recipes as the backbone of their menus. Burgers are not just bread and a beef patty anymore and currywurst can be vegan and include apple sauce. Chefs are developing their own unique styles using local and international products to create signature foods. 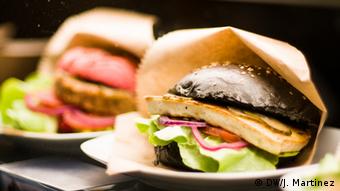 Different kinds of burgers are available

More traditional restaurants are also adopting this tendency so we can see more and more similarities between street food and fine dining. Menus with products unknown to the German customer like quinoa and papaya are becoming common and even the interior design of most restaurants is changing to give you an impression of a more contemporary, exotic, out of the box location.

Changes for a green generation

We now care more than ever about eating healthy while also protecting the environment as well as the rights of farmers and animals. These concerns have made Germany a leader in the consumption of fair trade food. Its younger generations are willing to pay more if they are assured products and services are sustainable and have a positive impact on the environment. 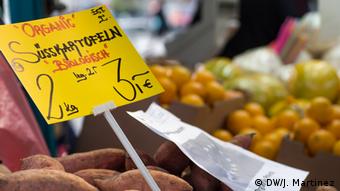 Organic and exotic products are common in local markets

This is also changing the global culinary industry: Restaurants are adjusting as many owners and chefs feel responsible for the source of their food and know their menus must include organic and fair trade products. The Peruvian restaurant Chicha in Berlin's Neukölln neighborhood, for example, has banned tuna as an ingredient in their dishes because of over-fishing. "Citizens are becoming more aware of quality and ethics when it comes to food. Restaurants too, as they use more local ingredients and respect the origin of the ingredients too," said German-Peruvian Chicha chef Simon Castro. 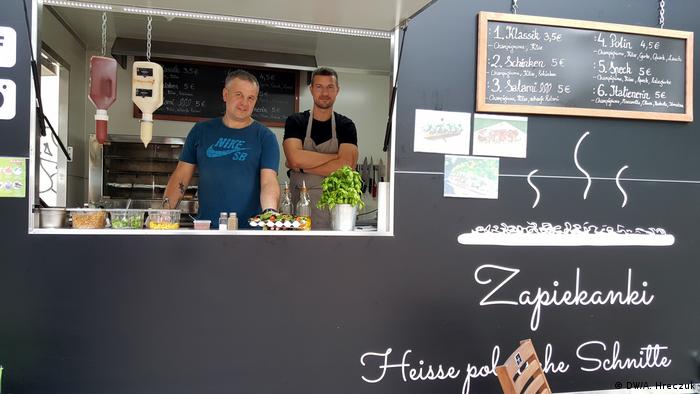 Berlin has been one of Europe's most influential cities when it comes to diversity in a sustainable kitchen. The city is one of the places in the Western hemisphere with the most vegan restaurant options and thinking about the impact you are making while eating is something Berliners are now growing up with. Germany's vegetarian and vegan population is also significantly growing and many cities in the country are adopting Berlin's attitude of sustainable food consumption.

New generations are growing up amid these changes, and it's only a matter of time until Sudanese falafel, Greek delicacies and Thai sweet and sour soups become normal lunch fare all over Germany. That's not to say traditional German food will disappear, but it will definitely move to the background and become a delicacy we eat like we used to eat "exotic" dishes a few years ago.

Made-in-Italy: a 'Disneyland for foodies'

On November 15th a gastronomic theme park will open to the public in Bologna. The FICO Eataly World designed as a celebration of Italy's field-to-fork food culture aims to pull in six million visitors a year. (10.11.2017)

It is often said you can take a person out of a place, but not vice versa. From condensed milk to vodka and pickled tomatoes to melancholy music, Russian Berlin is a magical case in point. (10.11.2017)