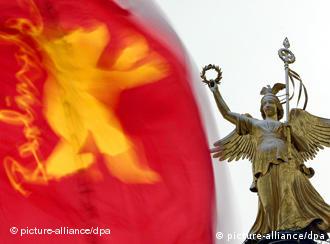 Berlinale festival director Dieter Kosslick is getting ready to throw on his new mauve-colored scarf and step on the still red-colored carpet on Feb. 8 to welcome guests to the opening night of the 57th Berlin International Film Festival.

During the following 10 days, Berlinale visitors will be presented with a choice of some 400 movies -- ranging from a Thai mystery thriller for children to a newly remastered, 15-hour version of "Berlin, Alexanderplatz" by German film director legend Reiner Werner Fassbinder.

Stars including Cate Blanchett and Jennifer Lopez, Clint Eastwood and Robert de Niro have announced their presence and the seven-member jury led by US film director Paul Schrader will pick the winner of this year's golden bear trophy.

Join us in the excitement at Germany's most prestigious film festival and find out more about the Berlinale in this DW-WORLD.DE special dossier that will also include features and interviews from DW-TV and DW-RADIO.

With Berlin's international film festival starting next Friday, its director seems worried about well-funded competitors on the festival circuit. Experts say that he needn't lose too much sleep over it. (02.02.2007)

Four films from Asia, two from Latin America and one from Israel along with a large contingent of movies from North America and Europe form the line-up of entries in next month's Berlin Film Festival. (22.01.2007)

The renowned Berlin film festival has announced its lineup for 2007. Modern history linked to personal stories will dominate the event next month. Lots of stars will guarantee glamour on the red carpet, too. (04.01.2007)

As the 56th Berlinale opens its doors on Feb. 9, Deutsche Welle takes a look back at the turbulent and glamour-filled history of the festival and its founding amid a war-ravaged Germany. (05.02.2006)

Germany's contribution to this year's Venice Film Festival is respectable enough -- but it could have been so much more. (31.08.2006)

Who's That Voice? German Dubbers As Hollywood's Unsung Heros

In German, Julia Roberts is a different kind of sexy. Her "Pretty Woman" character's lines are translated, just like in other Hollywood films. Ever since World War II, Germans have had a love affair with dubbing films. (17.12.2006)

Hollywood agents are increasingly peeking between the covers of large book fairs in search of potential big screen blockbusters. (09.10.2006)

Berlin Festival Aims to Wipe Some of the Grime off Pornography

Sex in films is no rarity, but movies that focus on explicit sex are generally relegated to a back room in the video store or "adult" locales. But in Berlin, the first pornography film festival is changing that. (16.10.2006)

He blamed the sunshine in LA, which "shriveled up the brains of gifted writers leaving them incapable of anything but film-writing." But when Brecht himself tried to become a Hollywood screenwriter, he failed miserably. (12.08.2006)

Just like in real life, characters in movies and TV shows are surrounded by hundreds of products. If the creative minds at design firm Schein Berlin had their way, all of those products would be top-quality fakes. (26.05.2006)

DW-TV's culture program will also report from the festival

Berlin Welcomes the World of Cinema

On Thursday, the Berlin International Film Festival is rolling out the red carpet for Germany's biggest cinematic event. Fewer German movies are included this year, but Germans are starring in foreign productions. (08.02.2007)

The German movie "The Lives of Others" has been nominated for this year's Oscars in the "Foreign Language Film" category. (23.01.2007)

Click here to find out about DW-RADIO's Berlinale coverage

More information on the festival's official Web site (in English)