German Film ″The Lives of Others″ Nominated for Oscar | Culture| Arts, music and lifestyle reporting from Germany | DW | 23.01.2007

The German movie "The Lives of Others" has been nominated for this year's Oscars in the "Foreign Language Film" category. 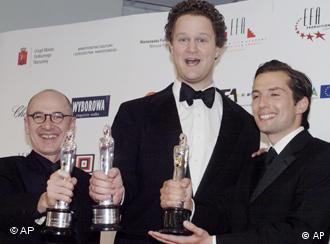 Will the film's makers have an Oscar to add to their collection of awards?

The movie is in the running for the Academy Award against Danish movie "After the Wedding," "Days of Glory" (Indigenes) from Algeria, "Pan's Labyrinth" from Mexico and "Water" from Canada. 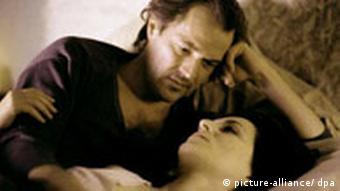 The movie is an intense look at a committed East German secret police officer who gradually becomes disillusioned with the system he has worked to uphold. He finally switches sides and tries to protect a woman he was assigned to spy on.

"The Lives of Others" is the first feature film for 32-year-old von Donnersmarck and explores how East Germany's secret police service, the Stasi, invaded the lives of so many of its own citizens, destroying many along the way.

"This film is a more serious consideration of the era than ones that proceeded it," said Mike Swain, head of the German online movie site kino.de. "It has a very precise analysis of a police state. On another level, it asks if it's possible to maintain one's humanity in a totalitarian system."

The film had already won six "Lolas," Germany's top film prizes, including the awards for best film and best actor in May 2006.

The East German spy drama "The Lives of Others" has been nominated for this year's Golden Globe Award for "Best Foreign Language Film." (15.12.2006)