Germany's contribution to this year's Venice Film Festival is respectable enough -- but it could have been so much more. 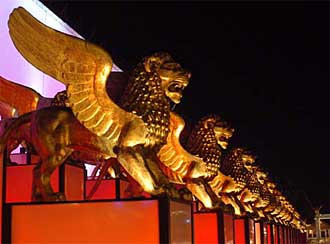 It might be feeling insecure, but Venice is still putting on the ritz

In fact, it could have been a milestone for German cinema. The 63rd Venice Film Festival originally wanted the first curtain to go up on director Tom Tykwer's long-awaited movie adaptation of Patrick Süskind's best-selling 1976 novel "Perfume."

It would have been the first time a German film opened a major international film festival -- apart from the time another Tykwer film, "Heaven," opened the Berlin Film Festival in 2002 -- and it would have marked a neat closing of a circle for the 'wunderkind' of German film who wowed critics and audiences when his "Run, Lola, Run" enjoyed its international breakthrough here in 1998.

"A sore point" for Venice -- and for Germany

That it wasn't to be has been described by festival head Marco Müller as a "sore point" for his program. 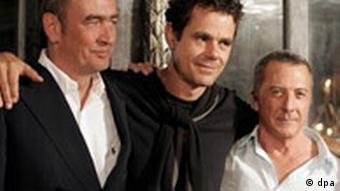 "It could have been the perfect opening competition movie," he said.

But producer Bernd Eichinger from Constantin Film chose not to subject "Perfume" to the cut and thrust of the festival fray, instead announcing a German premiere in mid-September for what Tykwer says will be promoted as a "specifically German" film despite being shot in English and featuring an international cast.

With "Perfume" therefore out of the running, it will be up to "Black Book," a European co-production directed by Paul Verhoeven and shot in Berlin's Babelsberg studios, to help Germany to a Golden or Silver Lion. The tale of a resistance fighter in World War II, it features German actors Sebastian Koch and Christian Berkel. 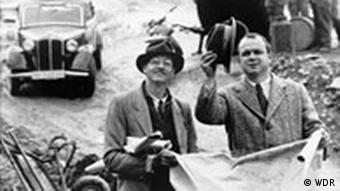 A scene from the first "Heimat" series

Also taking the edge off Germany's disappointment is Edgar Reitz, in town with the fourth installment of his "Heimat" epic. It was in Venice that he first unveiled his acclaimed series in 1984, and he's been grateful ever since.

"There's always been two sides to the festival," he said. "On the one hand there's the whole showbiz glamour side to it, but at least Venice has always done its best to make sure auteur films have a fair chance against more commercial entries."

There's no shortage of the latter this year. In the end, headlining the festival Wednesday in place of "Perfume" was a treatment of another literary classic, James Ellroy's "The Black Dahlia" directed by Brian de Palma and starring Scarlett Johansson. Venice has always been a draw for the glitterati, and other Hollywood luminaries expected to tread the red carpet over the next nine days include Catherine Deneuve, Anthony Hopkins, Sandra Bullock and Nicolas Cage.

It's hoped the razzle-dazzle will put in the shade a bitter row that's been simmering in Venice ever since Rome revealed its plans to launch its own film festival later this year. It's already announced its October opening will be graced by none other than Nicole Kidman, who's always been a Venice favorite. 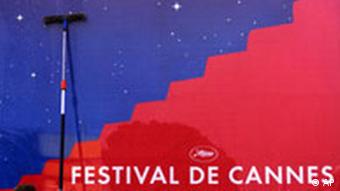 Are there just too many festivals these days?

With an inadequate infrastructure that's long put the city at a practical disadvantage compared to rival events in Cannes and Berlin, Venice has good reason to fear it might be submerged by the "Festa del Cinema." It's retaliating by pulling rank, with Müller suggesting Rome will only ever be able to secure films Venice has rejected.

Venice Mayor Massimo Cacciari has been equally dismissive. "Venice against Rome -- that's like Truffaut against James Bond," he sneered.

Berlinale Opens with Germany Firmly in the Frame

Last year was an outstanding year for German cinema. Now, as the 54th International Film Festival Berlin kicks off, it’s time for the stars of Germany’s film industry to sit back and enjoy the attention. (Feb. 5, 2004)

Sex and Scandal Set to Steal the Show At Venice

With veteran Berlinale festival director, Moritz de Hadeln at the helm, the sixtieth Venice Film Festival that kicks off Wednesday promises to be a lively affair, brimming with sex, controversy and glamour. (Aug. 27, 2003)

"Perfume" on its Way to Silver Screen

It took two decades but production of the movie version of "Perfume," the blockbuster novel by Patrick Süskind, has begun. The big-budget production is now shooting in Europe and scheduled for release in September 2006. (Aug. 11, 2005)