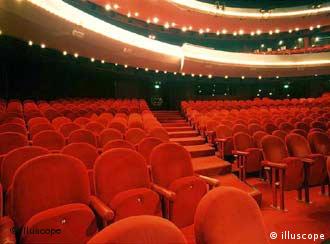 German cinema chains Cinemaxx and Cinestar plan to pluck three Fox movies out of their lineups, amid an ongoing dispute over the studio's decision to put the films out on DVD earlier than usual. 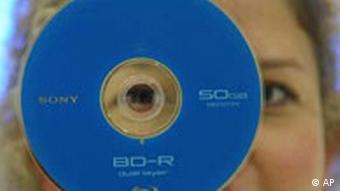 The two chains said they will no longer show the children's fantasy film "Eragon," the Ben Stiller comedy "Night at the Museum," or the teen comedy "John Tucker Must Die," because these movies will be marketed to home audiences on DVD just three months after their theatrical release, Cinestar spokesman said Thomas Schulz said.

Market leader Cinemaxx also said it also plans to pull the movies, which they began showing several weeks ago.

No accord in sight

The two sides are unlikely to reach an agreement any time soon. Major motion pictures are usually are not available on DVD for six months after their release. By cutting that time in half, Fox is "weakening sales in the German market without even taking into consideration German viewing practices," the Association of German Movie Theaters (HDF) said in a press release.

On Wednesday, Fox refused to comment on the theaters' plans.

Cinemaxx spokesman Arne Schmidt complained that in the case of the current films they didn't have any say in the deal, saying, "We find that to be in bad taste. 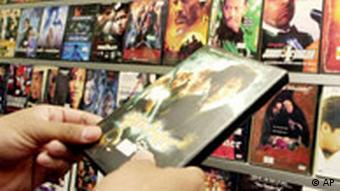 Rampant piracy is a big concern for film distributors

Already some 18 months ago, Cinemaxx chief Hans Joachim Flebbe said his chain would not play films that were sold on DVD earlier than four months after their release. But there is no contractual rule regarding a DVD waiting period.

Scmidt refused the call the action a boycott, saying talks on the matter were ongoing.

"It is irritating for us, and for our customers," Cinestar's Schulz said.

Over 100 of Germany's most prominent filmmakers have protested against the government's new copyright laws which they claim infringe on their artistic property rights. (02.12.2006)

German film is grabbing the spotlight at this year's Berlinale. The country's movie theaters wish they would receive the same sort of attention in light of sagging visitor numbers. (14.02.2006)

Digital photography is exerting more and more pressure on traditional celluloid film. Agfa, once a top film company, is finding out that if it does not conform, it will only become a niche player in the photo industry. (11.06.2005)