Berlin attack and the media stereotypes about refugees | Asia| An in-depth look at news from across the continent | DW | 23.12.2016

Why do we associate certain groups, people and nationalities with terrorism? In a DW interview, social anthropologist Britta Ohm talks about why Muslim refugees continue to be stereotyped in the public sphere. 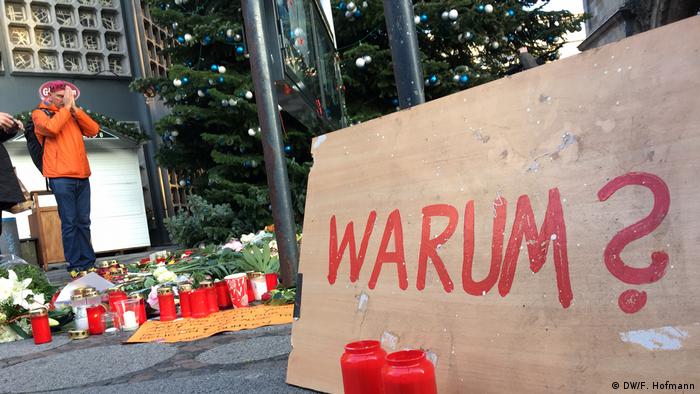 Many people in Pakistan are incensed that German authorities detained a Pakistani refugee in connection with the Berlin attack without any evidence. More so, they are critical of some media organizations for prematurely assuming that a Muslim refugee could be involved in the attack.

Anis Amri, the lead suspect in the attack on a Berlin Christmas market this week, has died in a shootout with Italian police, according to the Italian interior minister. A Europe-wide manhunt for Amri had been underway. (23.12.2016)

While some Germans fear more violence, the Berlin attack has prompted others to show they won't be intimidated. This attitude helps to build resilience in society, says renowned sociologist Frank Furedi. (22.12.2016)

Pakistani suspect, Naveed B, has now been released by the authorities. The security officials then turned to looking for a Tunisian migrant for his alleged involvement in the attack on a Christmas market in Berlin that killed 12 people on Monday. According to media reports on Friday, Anis Amri, the lead suspect in the attack, has allegedly been killed in a shootout with Italian police.

But some Pakistanis say that a lot of damage has already been done to their country's image. The South Asian country is generally in the news for Islamist attacks and violence against minorities and religious extremism, but Naveed B's detention and the media reports about him, further highlighted Pakistan's terrorism links.

Does the media perpetuate certain stereotypes? Why has terrorism in Europe become synonymous with certain groups, people and countries? Should journalists be more careful in breaking news and reporting about terrorist attacks? In an interview with DW, Britta Ohm, a social anthropologist and associate researcher at the University of Bern, Switzerland, says she was impressed by the maturity of the Berlin attack coverage, but at the same time she criticizes a lack of questioning on the part of journalists.

DW: In the aftermath of a terrorist attack in Europe, government officials and media generally turn their attention to certain groups of people as possible attackers, for instance Muslim extremists and Asian refugees. Why are we experiencing this stereotyping in the media? 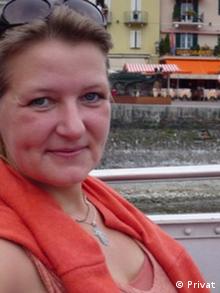 Britta Ohm: 'It is true that Islamist organizations have been involved in terror attacks, and that in itself is not a stereotype'

Britta Ohm: It is happening because a number of attacks in Europe have been carried out by the groups that you have mentioned. But what I found impressive in the Berlin attack coverage was that journalists refrained from feeding into the far-right political discourse and did not immediately jump to conclusions about a possible involvement of an Islamist or a refugee.

In fact, the term "refugee" was deliberately avoided in connection with the perpetrators of the Berlin attack. For instance, some journalists present at a discussion on the Brandenburg television on Tuesday were quite upset with Chancellor Angela Merkel for saying that she hoped the assault was not committed by someone who came to seek refuge in Germany. It was considered unnecessary to even tap into that theme. It was the first time I saw journalists being so careful about the issues of racism and stereotypes.

Also, the media coverage of terrorist attacks is not the same in all European countries. Germany did not react to the attack the way the United States or Britain did when such attacks took place earlier on their soil. Of course, Muslim extremism has become a preferred explanation for all evils for the past fifteen years or so. But the more we witness the rise of right-wing populism, the more we realize how a sensationalist, judgmental and stereotypical media coverage has been feeding into this populism. I believe the debate on the revival of journalism against aggressive social media practices can play a vital role in avoiding stereotypes.

Are you saying that stereotypes are also connected to political and cultural realities?

They always have been, otherwise they would not work. It is true that Islamist organizations have been involved in such attacks, and that in itself is not a stereotype. The problem arises when the focus becomes exclusive on one culture, one geo-political region, one political status, one religion, one racial profile, one organization, and all other possible perpetrators of any attack become excluded. This creates not only stereotypes but also taboos that shape a discursive demarcation between good and evil.

The question as to why Islamist attacks are happening in the world is still barely investigated and researched. The media focus is merely on when, where and how a person was radicalized. The larger reasons, the motivations and intricacies of a political development are largely kept out of the debate, because the distinction between explanation and vindication has blurred.

But a Pakistani refugee, Naveed B, was detained by police for a while, and the media attention did focus on his suspected involvement in the attack. Some experts say that all this fed into a dominant narrative. What do you say about that?

It's not surprising that a person with dark skin and hair becomes suspicious in the aftermath of a terrorist attack even when that person is possibly moving away from the scene to avoid being suspected. This shows the "successful" normalization of a racist stereotype. At the same time, we must not forget that media organizations, that are challenging stereotypes, responded very positively to the incident. For instance, ZEIT online published an article about Naveed B that put emphasis on resisting right-wing populism and Islamophobia in Europe.

How is the international media generally covering issues related to extremism and terrorism?

It is mostly about making statements, and in some cases about exercising restraint. It is rarely about understanding or probing the complexities and inner contradictions of the issue. There is a lack of sincere questioning on part of the mainstream media.

Britta Ohm is a social anthropologist and an associate researcher at the University of Bern, Switzerland.

My picture of the week | Political fall-out from Berlin attack