Berlin and Beyond: Cold comfort city?

Though regarded across Germany as rude and rough, Berliners see themselves as direct but soft-hearted. Tamsin Walker went to find where the truth lies.

WorldLink: Acts of kindness in Berlin

You don't have to spend more than a few minutes on the streets or public transport of the German capital to come up against someone in need. Be they homeless, disoriented, crooked or hurting, one thing a city of Berlin's size, popularity and trajectory serves up with aplomb is a diversity of fates.

Immersed, as we so often are, in the ado and to-do of our own lives, the response to the sight of those publicly in need often seems to be to turn a resolutely blind eye. I've been guilty of that. But more often than not, I do stop to give, to offer a helping hand, a listening ear or a shoulder to cry on.

And I see others doing it too. Not everyone always, but frequently enough to make me think this is a city that for all its reputation as place where gruffness trumps friendliness, is also somewhere that people know how to rally.

- Berlin and beyond: Building bridges 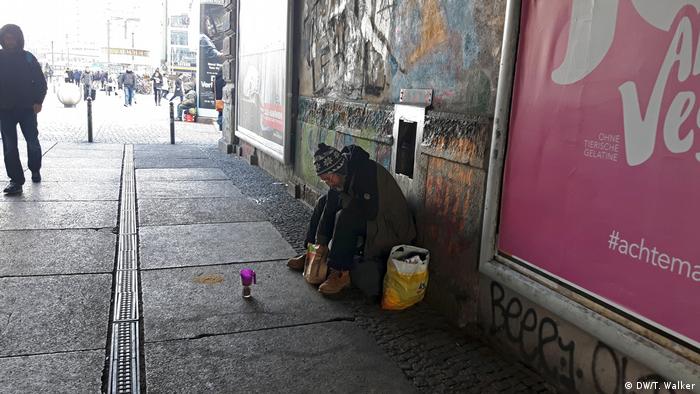 Last week on Alexanderplatz, a sprawling central square populated by shoppers, tourists and the homeless, a disturbing cry for help cut through the bustle and the freezing morning air. A moment later, I saw a small group of passers-by gathered around a man who sat bundled and motionless on the ground. A woman was gently stroking his back, while others tried to coax a reaction out of him as they waited for the emergency services.

A few hundred meters away, under a railway bridge, I met Michael, a former butcher now in his late fifties who's lived on the streets for three years. When I asked him how strangers treat him, he said it's with a mixed bag of snubs, fast food offerings, insults and loose change. And occasional acts of stand-out generosity, such as a few days ago when a passer-by handed him a €50 note ($61) and told him to do something sensible with it. He went to see Star Wars. The experience moved him to the brink of tears.

And that's not the only sign of Berlin's soft heart. I regularly see elderly people offered a seat on public transport, and in the past couple of days, have seen a man helping a young mother with her shopping, a woman guiding a blind man to the train, and another being picked up and comforted when she came off her bike. 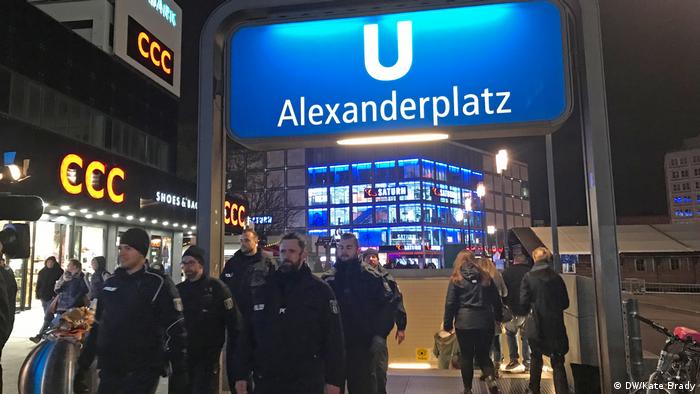 I know these micro scenarios are just that, but collectively they're indicative of the fact that this city has a social pulse. A conscience, as a young man carrying a handwritten note asking for directions to a church, told me.

-Berlin and beyond: Getting into the right school

I took him to one nearby, but it wasn't what he was looking for, so we continued his search on my phone. When that proved fruitless, he decided to keep on walking, taking with him a quiet confidence that ultimately someone who reads his note will show him where to go.

I might not be looking for a church, but I share his belief that there are many willing helpers in this gruff old city. Enough people with at least half an eye out for those who walk, sit and shuffle beside them, to make it a place that can support its diversity of fates.

When a hobby historian revealed he discovered an overlooked section of the Berlin Wall last month, it stirred international interest and local confusion. Tamsin Walker retraced the path of the old divide to take a look. (09.02.2018)

WorldLink: Acts of kindness in Berlin

It was a stark contrast to earlier in the war, where Kyiv was critical of Germany's slow response to providing military aid. Now Denys Shmyhal thanked Germans for their solidarity and support for his country.

Ukrainian humor and why people feel betrayed by Germany 09.06.2022

A German author who lives in Ukraine describes life in the country during the war. Disenchanted about hostilities ending anytime soon, he wonders about the endless debates in his native Germany.