Berlin and beyond: Building bridges

For many Germans, Chancellor Angela Merkel's proposed coalition is a bridge too wobbly to hold the weight of a nation. As Tamsin Walker explains, there's something to be said for building a more solid structure.

It's a cliche alright, but as I stand on the banks of Berlin's Spree River looking up at the Kanzleramtssteg, or chancellor's bridge, a certain Simon and Garfunkel song snakes through my mind. The overpass is a contemporary slip of a thing, built between two chancellery buildings and too high to be anything other than removed from the city over which it offers what, I'm sure, is a brilliant view.

But as it's off-limits to the public, that sense of division was clearly by design. Visible but out of reach. Maybe that symbolism was less provoking when the structure went up over a decade ago, but given the troubled waters of the nation's political present, a bridge of more solid parts, built closer to the ground and those who walk it, might be more reassuring. And it's not as if this were a city dry on example. 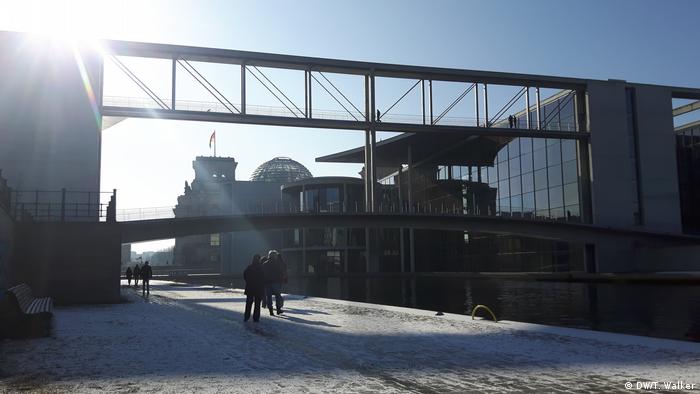 The Kanzleramtssteg - to admire but not to touch

To mention bridges to a Berliner is to hear flaunted the fact that the German capital has more of them than that eternal yardstick of quantity, Italy's lagoon city. For though landlocked, this is a place of very watery parts. And therefore of almost 1,000 bridges. More than twice the number that span the canals of Venice, by the way. Not that I'm counting.

Berlin and beyond: The art of tipping

Berlin and beyond: Getting into the right school

But I am looking. Like I've never taken the time to look before. And what I see is a city that without its manifold structures built to connect opposing river and railway banks, would be more fragmented and less functional.

History and her story

I also see the layers of a place in a constant state of evolution. The extravagance of former royalty, the vision of engineers long gone, the Battle of Berlin bullet holes that pockmark stone balustrades, the evident reconstruction work, the simple plaques that seek to capture the essence of times past, and the names that whisper "lest we forget."

The Bösebrücke is a case in point. Built over a century ago, it has gone down in the annals not only for its role as the first East-West checkpoint to be thrown open on the night of November 9, 1989, but for its namesake, Wilhelm Böse, an anti-fascist resistance fighter who was guillotined by the Nazis in 1944. 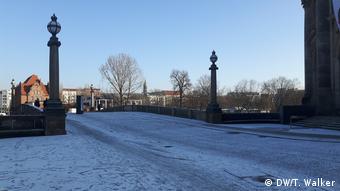 Berlin has almost a thousand bridges, many of which were destroyed at the end of WWII

Writing stories of their own are the Glienicker Brücke, famed for agent swaps during the Cold War, the turreted red brick sprawl of the Oberbaumbrücke that once served as a customs gate, and the Jungfernbrücke, over which legend says fresh brides were made to walk as a means of determining their purity. If the boards creaked, they couldn't claim virginity. Though allegedly, they always creaked. Yes, there are bridges galore.

That they have all felt the chill of troubled winds and waters beneath and around them, is a given. That they have witnessed social, urban and political change, equally so. But they have also been built to connect, not to divide.