When a hobby historian revealed he discovered an overlooked section of the Berlin Wall last month, it stirred international interest and local confusion. Tamsin Walker retraced the path of the old divide to take a look. 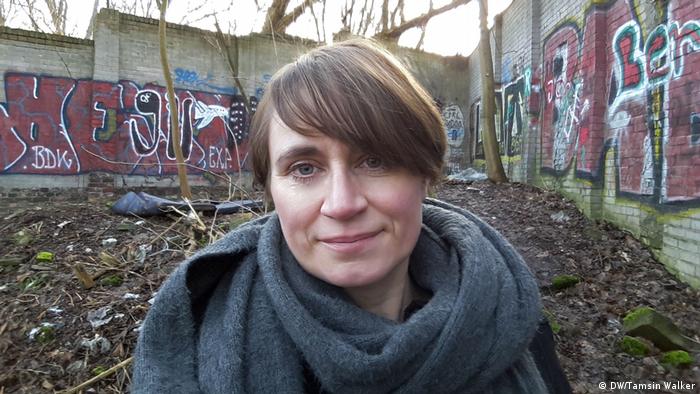 Sunk into a busy four-lane road in front of the Wollankstrasse railway bridge on the former border between East and West Berlin are two lines of cobblestones that depict where the Berlin Wall once snaked through. I set out from there thinking I could follow their path all the way to an allegedly long-lost forgotten section of the historic partition. How wrong I was. No sooner had I found the double row of stones, they stopped.

Relying instead on a map of the 43 kilometers (27 miles) of what the East German authorities used to term the anti-fascist protection rampart, I headed up a slope into an empty corridor of land flanked by a railway embankment on one side and tenements on the other. I was on the death strip. 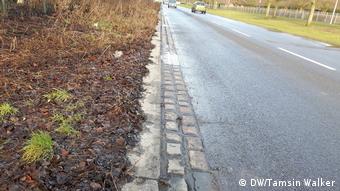 If proof were needed, it came from a couple of dog walkers who told me about a house a few meters further, where a single concrete slab of the old partition somehow managed to dodge dismantlement.

At first I thought they were talking about the big new find. But no. Theirs, they said, was older, already listed and better known.

Though not, it turned out when I got there, by a construction worker renovating the facade of the building in question. "Really?" he laughed. "An original? I had no idea."

As I kept walking, past old border lampposts and a cemetery whose perimeter fence was moved inward to make more space for the wall and the guards who patrolled it, the double row of cobbles suddenly reappeared, leading me toward the kind of dumping ground wooded area I'd usually avoid. And then, true to their elusive form, they stopped.

This time though, they'd taken me far enough to make out the remnants of the wall I'd come to find. Tall, built of brick and broken in places, covered with graffiti and topped with razor wire brackets, it looked nothing like the concrete construction we have come to associate with the creation of two Berlins. And that physical discrepancy has cast a question mark over the authenticity of the 80-meter long revelation. 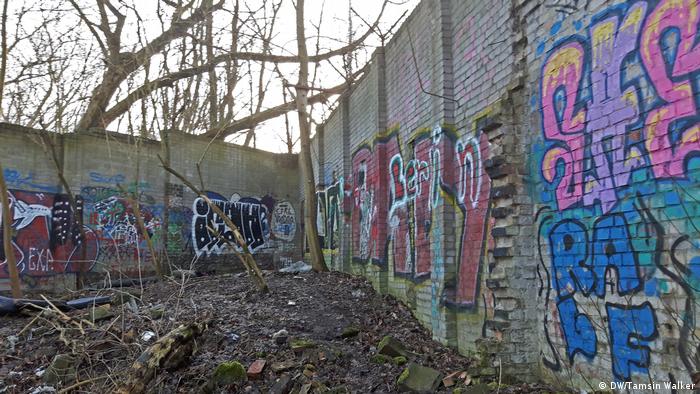 Though it will be up to experts to make the ultimate pronouncement, there is ample documentation showing how the wall itself changed shape over its 28-year history. How what began as an overnight action that relied on a motley collection of barbed wire, metal fences and the remains of bombed out buildings — brick ones — to separate Berlin's Soviet-controlled sector from its French, British and American counterparts in August 1961, gradually evolved and in some instances moved, to become the construction that finally came down in November 1989.

Blast from the past

The art of tipping

That being the case, and this being a city where a builder doesn't know the house he's renovating includes a rare original concrete slab from the anti-fascist protection rampart, it's more than possible that the find is the real deal. So it's perhaps only a matter of time before the double row of cobbles lead neatly to the no longer forgotten spot.

Berlin and beyond: Bring on the 80s Christmas music

By this stage in December, it might seem like everything there is to be said about Christmas has in fact, been said. But Tamsin Walker has a few words on the seasonal role of Jona Lewie and ice skating in Berlin. (22.12.2017)

Though not a traditionally religious city, Berlin is home to many faces of different faiths. But how much do nonbelievers know about the beliefs practiced around them? Tamsin Walker went soul searching. (04.12.2017)