During a visit to Moscow, Israel's Benjamin Netanyahu had a "direct and forthright" talk on Syria with Russia's Vladimir Putin. Recently, Russia's ally Syria blamed Israel for launching air strikes on Damascus. 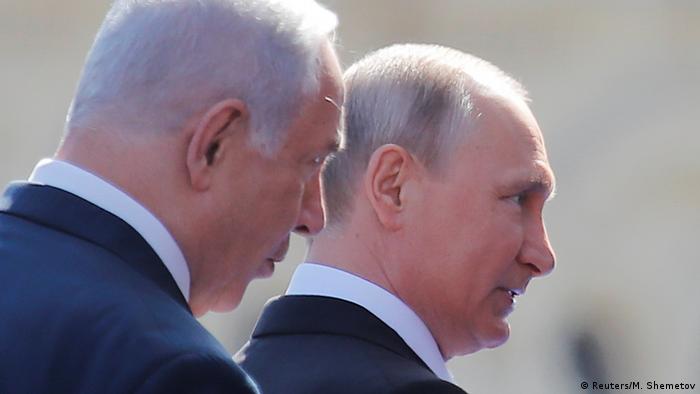 Netanyahu visited Moscow to discuss the Syrian war and tensions between Israel and Iran with the Russian leader.

"I think that matters were presented in a direct and forthright manner, and this is important," Netanyahu said after meeting Putin. "These matters are very important to Israel's security at all times and especially at this time."

In turn, Putin said Russia would take "advantage" of Netanyahu's visit to try to find solution for the "tense" situation in the Middle East.

The meeting between the two leaders, who sit on opposite sides of the conflict in Syria, also came one day after US President Donald Trump announced he would take the US out of the Iran nuclear accord — a move that was hailed by Israel but criticized by Russia.

Upon arrival in Moscow, Netanyahu joined Putin in observing an annual military parade in the Russian capital, which celebrated the Soviet Union's victory over Nazi Germany at the end of World War II. Wednesday's parade included drones for the first time, as well as a de-mining robot used by Russian forces in Syria.

In remarks to the public, the recently re-elected Putin warned of repeating the mistakes that had led to WWII. "Russia is open to dialogue on all questions of ensuring global security," and is "ready for constructive, equal partnership," he added.

Read more: Putin 4.0: What to expect from the Russian president's next term

The Israeli prime minister praised the "enormous sacrifices" of Soviet soldiers and thanked Putin for reminding the world of Holocaust.

"It's hard for me to describe how deeply I was affected by the ceremony dedicated to the victory over Nazism," he said, according to the Kremlin's Russian-language transcript.

At the same time, Netanyahu used the opportunity to slam Iran for its anti-Israel policy:

"It's hard to believe, but 73 years after the Holocaust, in our Middle East there is a country Iran that openly calls for the destruction of the state of Israel," he said in the translated comments.

A Moscow meeting of special importance

Israel is concerned about its archrival Iran's involvement in the 7-year conflict in Syria, and fears it could establish a permanent presence there.

Netanyahu also accused Iran of "trying to transfer forces and deadly weapons" to Syria "with the explicit goal of attacking the state of Israel."

The Israeli leader said had told Putin that "it is Israel's right to take such steps as are necessary to defend itself against this aggression."

Additionally, the Israeli government has accused Iran of providing weapons to militants from the Lebanese Shiite group Hezbollah. Israel has admitted to undertaking raids in Syria to stop such deliveries. It also admitted to bombing a Syrian nuclear site in 2007. 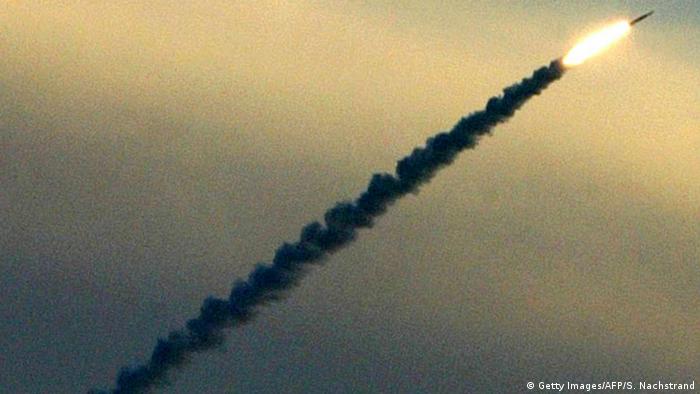 More recently, Israel has been accused of carrying out deadly missile strikes in Syria, but it has not acknowledged such actions.

In the hours before Netanyahu's visit to Russia, the British-based Syrian Observatory for Human Rights said that Israeli missiles had killed nine people near Damascus on Tuesday. While it was not clear exactly who was killed, the Observatory said the targeted area was likely in the hands of Iran's elite Revolutionary Guard.

Airstrikes attributed to Israel have raised fears of retaliation from Iran.

On Tuesday, the Israeli army went on high alert following "irregular activity by Iranian forces" over the demarcation line between the occupied Golan Heights and neighboring Syria. The warning was called off Wednesday morning.

Tehran supports the government of Syrian President Bashar Assad, as does Moscow.

Russia and Iran have set up a hotline in order to avoid accidentally clashing with one another in Syria.