Belarus to cut US diplomatic staff over sanctions

The decision to curb US diplomatic staff and tighten visa procedures comes comes after Washington imposed sanctions against companies in Belarus. 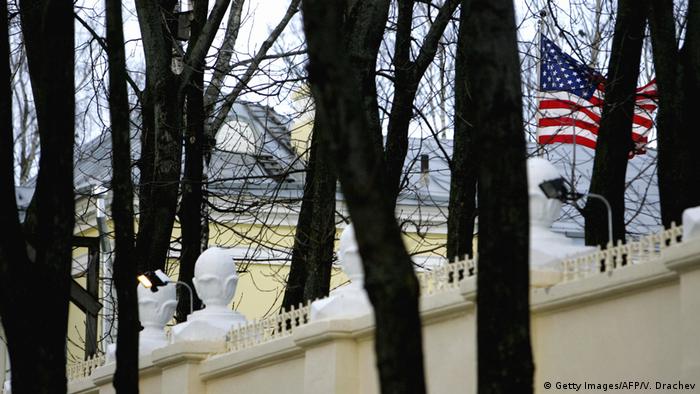 Some US diplomatic and other staff at the embassy in Minsk, Belarus, will have to leave

Belarus on Thursday announced that the United States would have to cut the number of diplomatic and administrative staff at its mission in capital city Minsk.

The former soviet country also said it was tightening visa procedures for US citizens working there and had revoked permission for the US Agency for International Development (USAID) to work in the country.

The Belarusian government, headed by strongman Alexander Lukashenko, said it made the decision after the US reimposed a number of sanctions on officials and businesses in recent months.

In a statement, the Belarusian Foreign Ministry spokesman, Anatoly Glaz, said that US punitive measures would only "hurt ordinary Belarus citizens."

"These actions are illegal, contradict international law and are aimed at putting pressure on a sovereign state," he said in the statement.

US decries 'repression' in Belarus

The retaliatory move by Minsk came the same day as US sanctions on Belarusian businesses went into effect.

"Unfortunately, the Belarusian authorities have brought a relationship to this point, through relentless and intensifying repression against their citizens," US State Department spokesman Ned Price told reporters.

Last week, the White House announced plans to target officials and businesses in Belarus with sanctions after it diverted a European flight to Minsk and arrested a journalist onboard.

In April, the United States said it would reimpose sanctions, blocking transactions with nine state-owned companies in Belarus. This included the oil company Belneftekhim that accounts for 30% of the country's industrial output.

These sanctions were announced after Belarus leader Alexander Lukashenko ignored warnings to release political prisoners that were arrested during a crackdown on the opposition following a disputed election last year.

The journalist, arrested aboard a Ryanair flight, said in the video on state TV that staging protests now would be pointless, urging the opposition to wait for a more opportune moment.