Minsk's border agency has announced new rules that will make it nearly impossible to leave the country. As citizens attempt to flee Belarus, longtime leader Alexander Lukashenko appears to be closing all the exits. 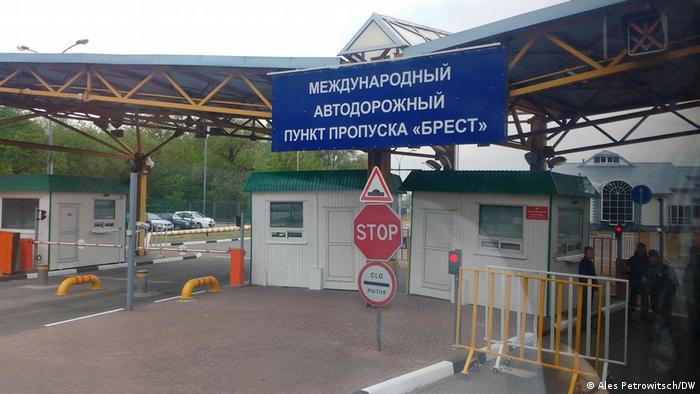 Belarus' border security agency on Monday announced a severe tightening of already strict rules limiting citizens' ability to exit the country — even if they have long-term residency permits abroad.

The changes, which the agency said were temporary and designed to stop the spread of the coronavirus, essentially block all land border crossings.

Ever more citizens have fled the former Soviet bloc country since Alexander Lukashenko was declared the winner of a disputed presidential election last August and mass protests over election rigging were met with a severe crackdown.

What changes under the new rules?

Faced with the prospect of a mass exodus of medical and IT experts, the government in Minsk began making it more difficult for citizens to leave the country last December, by limiting departures to those Belarus citizens who could present long-term residency permits from abroad.

The new rules now forbid the holders of such documents from leaving as well. Those who can prove that they have permanent resident status in another country will be permitted to travel abroad.

Opposition slams 'violation of the law'

Valery Kavaleuski, a representative for Belarus opposition leader Sviatlana Tsikhanouskaya, took to Twitter to express his outrage, calling the move an "outright violation of the law."

Air travel to and from the country has also come to a virtual standstill in the wake of last week's government-ordered diversion of a Ryanair flight en route from Greece to Lithuania.

The commercial jet was forced to land under false pretenses so that Belarus authorities could arrest blogger and Lukashenko critic Raman Pratasevich.

The move outraged the wider world with the EU blocking most flights to and over Belarus.

State carrier Belavia, in return, cancelled all flights to the EU — leaving those who wish to leave Belarus increasingly worried and running out of options.