Barack Obama showers praise on Germany and its leader

In an interview given to the daily "Bild" a day before he visits Germany, US President Barack Obama has praised German Chancellor Angela Merkel in high tones. Obama called her actions in the refugee crisis "courageous." 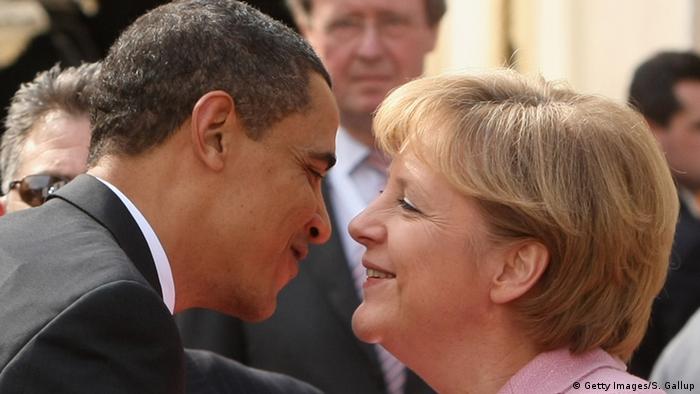 In the interview published in German in the Saturday edition of the mass-circulation daily, Obama highlighted the importance of Germany as a US ally under Merkel's leadership.

"Germany remains one of America's closest and strongest allies - an indispensable partner not only for our own security and those of our NATO allies, but also for the security, the prosperity and the dignity of people across the whole world," he said, adding: "With Chancellor Merkel, Germany has raised the stakes and plays an even bigger role on the international stage."

In his written answers to questions posed by "Bild," Obama praised German cooperation in efforts to fight terrorism, in achieving the recent nuclear deal with Iran and in bringing about the Paris agreement on international measures to combat climate change. He also highlighted what he called Merkel's strong leadership in maintaining European unity in the face of the Ukraine crisis.

"She is an eloquent voice and a fighter for freedom, equality and human rights," Obama said. "I am exceptionally appreciative of the partnership with her, and proud that Angela is my friend."

Obama also came to the defense of Merkel over her refugee policy, which has been strongly criticized in some quarters, both in Germany and abroad.

"I think that Chancellor Merkel's stance in the refugee crisis was courageous - like that of many Germans," he said, adding that Merkel had drawn attention to the world's moral obligation to people who had fled "terrible circumstances."

"We can't just close the gates on our fellow humans when they are in such great distress. That would betray our values," he said. 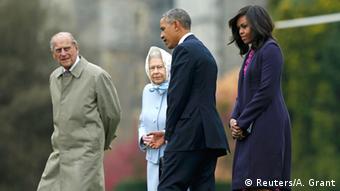 The US president called the EU-Turkey deal on migration a step toward sharing the burden of sheltering refugees, but warned of the importance of ensuring that migrants were fairly treated and human rights were respected while implementing the agreement.

He also emphasized that the US had also promised to take in 85,000 refugees from all over the world in 2016, including at least 10,000 from war-wracked Syria.

Obama is to visit Germany on Sunday, where he is, among other things, scheduled to visit the trade fair in Hanover together with Merkel. It is likely to be his last visit to the country as US president, ahead of elections to choose his successor in November.

US President Barack Obama has arrived in Britain, where he has already entered into the debate about whether Britain should leave the EU. Obama said the bloc magnified British influence rather than diminished it. (22.04.2016)

The Kremlin says the fate of a Ukrainian pilot jailed in Russia and two Russians tried in Ukraine have been discussed by both leaders. Poroshenko has previously mooted a prisoner swap. (19.04.2016)