Since 2013, Islamist assailants wielding machetes and knives have killed more than 30 people in Bangladesh. The targeted attacks on liberal bloggers, freethinkers and atheists have created a climate of repression. 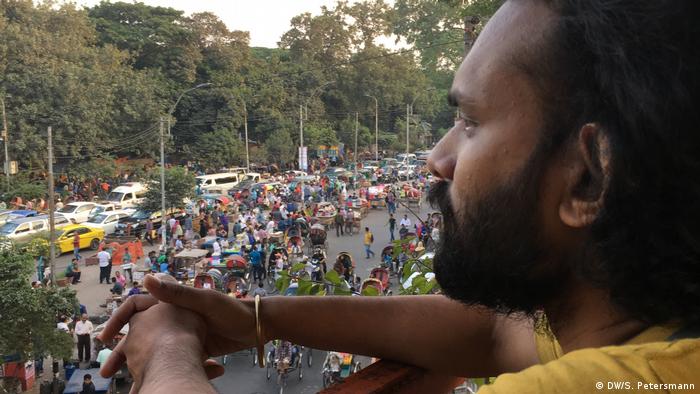 "Life is beautiful, but it's also a curse," sighs Pervaj Hassan Rigan as he searches for his best cartoons in a cramped drawer. Almost in passing, the young man mentions that for months he would always wear a motorcycle helmet to go shopping because he, too, was terrified that the machete of a radical Islamist might come down on his head. There came a point, though, where he decided that he could no longer live in constant fear and put the helmet aside.

Blood on the boot

The young artist, known simply as Rigan, earns his living by drawing often acerbic cartoons. Among his personal favorites is a recent caricature of Nobel Peace Prize laureate Aung San Su Kyi from Myanmar wiping blood from a soldier's boot. Rigan drew the image at the height of the violence that drove more than 700,000 Muslim Rohingyas to flight - from mostly Buddhist Myanmar and to Muslim-majority Bangladesh.

Could he imagine drawing such a biting caricature of Bangladesh's Prime Minister Sheikh Hasina? "Never, that would be a complete disaster," Rigan splutters. 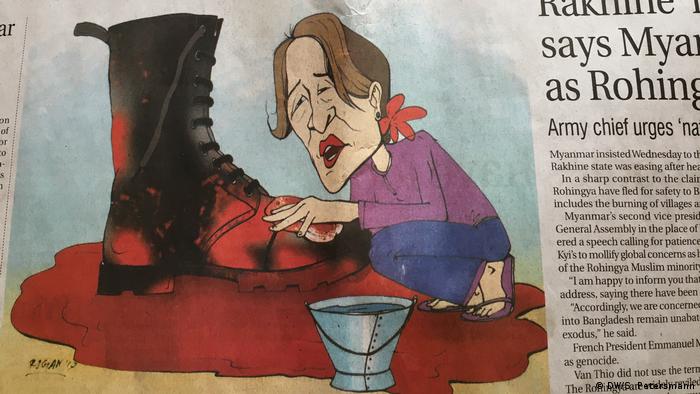 In Bangladesh, there's only one taboo that is even bigger than domestic politics – and that is religion. Rigan wanted to address the killings of liberal bloggers and atheists in his drawings. "When it happened again and again, I asked my editor if I could do that. But there was not much interest," he says.

Soon, a new parliament will be elected in Bangladesh. Prime Minister Sheikh Hasina has ruled over the country for a decade with her Awami League party. Critics say she is turning Bangladesh into an autocracy. A number of opposition figures have disappeared without trace. Others are languishing in prison.

On paper, Bangladesh is still a secular republic. But Islamists, emboldened by developments, are pushing for an Islamic state based on the Quran. Many journalists say they live in fear. Self-censorship is common. Dozens of attacks on freethinkers, atheists and members of religious minorities have left many thinking twice before speaking out. A lot of liberal voices have fled the country. Others have withdrawn from public life. It is a victory for the radical Islamists.

Photographer Kakoli Pradhan has also been threatened by anonymous callers trying to silence her, her husband and their liberal opinions. "My husband is not only a well-known television journalist, he also writes," she told DW.

"He wrote very progressively and set progressive topics. That has probably upset them and that's why they threatened us." She shies away from saying who was behind the intimidation. But it had the desired effect. Kakoli Pradhan and her husband are no longer so outspoken, and the threatening phone calls have stopped.

"We talk a lot about secularism in Bangladesh, but we have never succeeded in developing a truly secular state," Pradhan says. The photojournalist does a lot of her work in the countryside. She zooms in on women. Women who have been expelled from what little land was theirs.

It is expropriated by the state to build roads and factories, by the army to build military facilities, or by religious leaders. In Bangladesh, women are the main victims of land-grabbing, alongside ethnic and religious minorities. 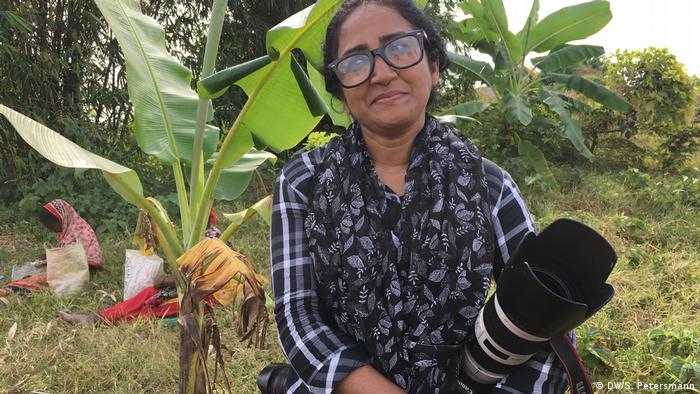 "There are groups that do everything they can to prevent women from becoming independent. They refer to religion ", notes Kakoli. She weighs her words, again reluctant to point the finger of blame.

Pradhan's pictures often depict strong, hard-working women. "But there are limits to freedom," she admits openly. "If you want to do a photo exhibition, for example, you need sponsors." But those sponsors quickly become reticent, she explains, when politics and religion are called into question. Caution beats art in today's Bangladesh.

Pradhan recalls that her home country was once part of the British Empire. "This colonial thinking that rulers rule and do not serve the people is still very widespread, in Bangladesh as well as in India and Pakistan. Our politicians think and act like rulers."

It may be the reason why, from the outset, the government of Prime Minister Sheikh Hasina, put part of the blame for the blogger murders on the bloggers themselves.

Read more: The wrath of a father demanding justice for his son's murder

In the eyes of the rulers, the victims provoked a violent backlash by offending the religious sentiments of the Muslim majority. The political elite seems to believe that it would risk its grip on power if it were to challenge the rise of the Islamists. The result is a culture of impunity. 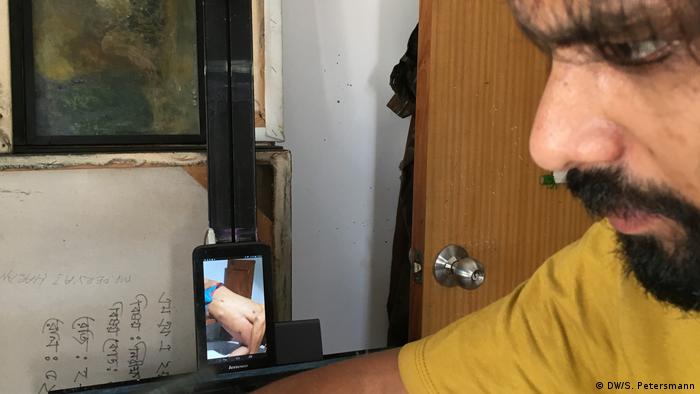 Rigan uses his tablet for his no-model nude paintings

"Our society moves towards the darkness," Rigan believes. "Why do I say this? Because everything is politicized in this country. Everyone can be corrupted."

He describes a climate of intolerance where there is less and less room for open, respectful dialogue. "Either you belong to the government or to the opposition. Either you are Muslim or Hindu, black or white. There is nothing inbetween."

Nude painting without a model

Standing in front of his easel, he mixes a human skin tone. His artistic passion is nude painting, even though there is no market for such work in Bangladesh. He sometimes forgets space and time.

But he has never worked with an actual nude model. "Here, people simply cannot imagine being naked and seeing others naked. That's our culture. It is very conservative. Everyone thinks badly about being nude. Even our art teachers think so."

The painter has set up a studio in his apartment in the chaotic metropolis of Dhaka. He paints for hours, seeking inspiration by using his tablet to look up nude paintings, including the work of the great Italian artist Michelangelo. His eyes move back and forth between the tablet screen and his canvas. Rigan uses charcoal to draw the contours, then he reaches for the brush. 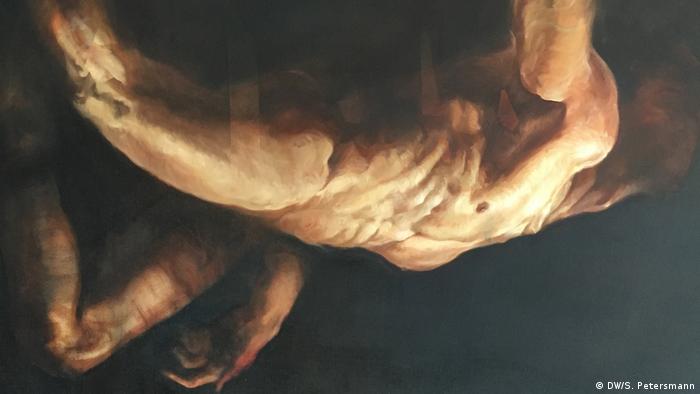 In Dhaka, there has so far been just one larger exhibition of his nudes. That was in 2016 at the French cultural institute. He often thinks about Europe. "The arts have to be open to everyone and everything," says Rigan, saying that he dreams of Sweden and artistic freedom.