Writer Zafar Iqbal was reportedly stabbed in the head while taking part in a university event in Bangladesh. The well-known secular activist and science fiction author has faced death threats from radical Islamists. 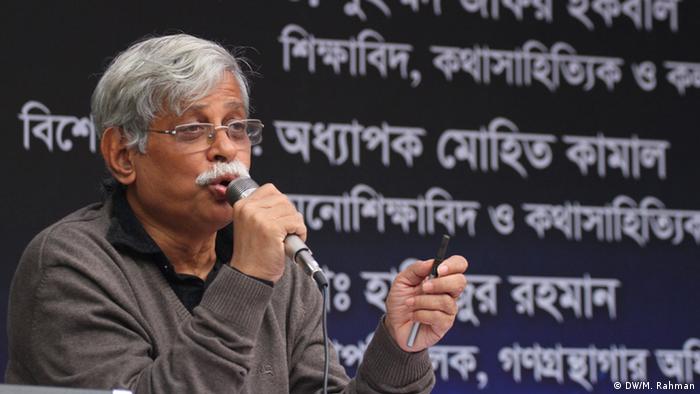 A Bangladeshi professor known for his secular activism and science fiction writing was attacked at a university in the city of Sylhet in northeastern Bangladesh, local officials said on Saturday.

Zafar Iqbal, a professor at the Shahjalal University of Science and Technology, was rushed to a local hospital following the attack.

"He was hit on the back of his head and he was bleeding," a police constable at the hospital told news agency AFP.

The 65-year-old was stabbed from behind as he was about to take the stage to address a science festival that had been organized by the university, said university proctor Zahir Uddin.

Police managed to detain the suspect, but further information on his identity was not immediately known.

Students at the university began staging protests against the attack on Iqbal after news spread of the stabbing.

Although the attacker's motive was not immediately known, Iqbal previously received death threats from radical Islamist groups over his work.

Suspected Islamist extremists have carried out a series of attacks on bloggers, secular writers, publishers, religious minorities and activists in Muslim-majority Bangladesh in recent years.

Around a dozen people have died, including a top American atheist blogger of Bangladeshi origin, two gay rights activists, one publisher and a Hindu priest.