Is Bangladesh becoming an autocracy?

A study by the Bertelsmann Foundation has found that Bangladesh is currently an autocracy. The ruling party rejected the findings, although experts say one-party rule and political instability are major issues. 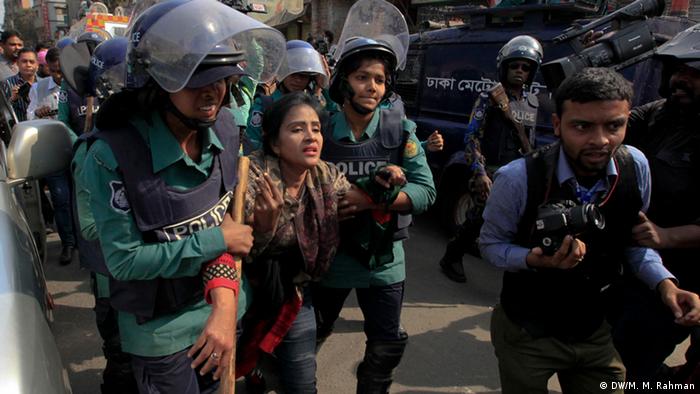 Germany's Bertelsmann Foundation published its "Transformation Index 2018 (BTI)" on Thursday and 58 out of 129 developing nations have been rated as autocracies. Bangladesh, Lebanon, Mozambique, Nicaragua and Uganda are considered by Bertelsmann to be "new" autocracies.

"Due to the worsened quality of elections, the formerly fifth largest democracy is classified as an autocracy again," the report said about Bangladesh.

"These developments are worrying for citizens because corruption, social exclusion and barriers to fair economic competition continue to be more prevalent in autocracies."

The BTI has measured quality of democracy, market economy and governance in 129 developing and transformation countries since 2006. Abdul Matin Khasru, a prominent Awami League member, told local media in response to the BTI that the country is a ''100 percent democratic country'' and there's ''no option to question its standards.''

"Maybe the Germany-based think tank collected information from wrong sources who had no connection to Bangladesh or from anti-Bangladesh and anti-Awami League people," he reportedly said.

Robert Schwarz, a project manager for the BTI at the Bertelsmann Foundation, recommended that Bangladeshi politicians read the report before commenting on its findings.

"The authors of the Bangladesh Report highlighted that both the government and the opposition have contributed to the incremental deteriorations in some democracy indicators," he told DW.

The BTI's findings correspond with consensus from experts that democracy in Bangladesh is declining. Driving this is the lack of political plurality and the personal rivalry between Prime Minister Sheikh Hasina and opposition leader Khaleda Zia.

Michael Kugelman, a South Asia expert at the Washington-based Woodrow Wilson Center, told DW that that Bangladesh is moving quickly in the direction of becoming an autocracy.

"The ruling party has cracked down relentlessly and repeatedly, and often violently, on the political opposition. This is a country on a dangerous path to becoming a one-party state, unless it manages to change course," he said.

Bangladesh's current opposition leader of the country, Khaleda Zia of the BNP, was imprisoned in February on a corruption case filed a decade ago when the country was ruled by a military-backed caretaker government.

A special court in the capital Dhaka sentenced her to five years in jail for misappropriating funds meant for orphans.

The 72-year-old politician's imprisonment has been called politically motivated and a ploy to keep her behind bars during the upcoming national elections scheduled for December 2018.

"Given the history of enmity between Zia and the Awami League, and given the government's relentless efforts to sideline the opposition, I'd certainly assume these legal moves are politically motivated," said Kugelman.

Siegfried O. Wolf, director of research at the South Asia Democractic Forum, agrees that the perspectives of democracy in the Muslim-majority country currently look grim. However, he doesn't think that the current government is entirely to blame.

"It is far too narrow to solely blame the current government for democracy being under pressure in Bangladesh," he told DW. "This rationale distracts from the fact that the situation is far more complex and numerous unfortunate trajectories can be traced back to earlier governments," he said.

Is Bangladesh obsessed with its past? 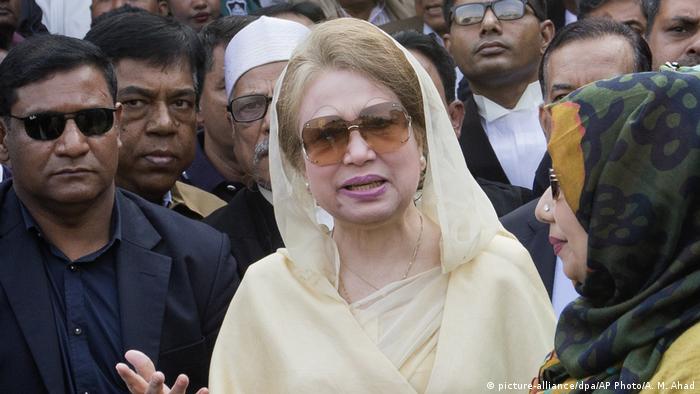 The BNP party has been accused of staging violent street protests that killed more than a hundred people after the 2014 elections.

The BNP boycotted the elections, demanding they be conducted under a neutral caretaker government – a usual practice in Bangladesh since 1991. The system was abandoned in 2010, despite protest from the opposition party and civil society.

The BNP gradually became weaker and most of its top leaders have been facing accusations of violence and sedition. Thousands of its party members have been jailed, killed or abducted, according to international human rights organizations. Attacks on atheist bloggers, foreigners as well as religious minorities are also rising in Bangladesh.

"When it comes to the crackdown on the BNP and Jamaat-e-Islami parties, one needs to consider that these two parties are not only linked with political violence, militancy, and jihadism but are also pushing the Islamization of the country," said Wolf.

Wolf added that the political rivalry between the two main parties plays a vital role in the country's political future.

"The deeply entrenched conflict between the country's two major political parties as well as the personal grievances of their political leaders is a crucial factor influencing current political decision making," he said.

Will there be an inclusive election?

The BNP has threatened to boycott the upcoming general elections if Zia remains behind bars. The ruling Awami League party has shown no interest in compromise to include the opposition party in the elections.

Shantanu Majumder, a political scientist based in Dhaka, told DW that the general elections will be inclusive as "the BNP has no other alternatives than taking part in the elections and the Awami League is not in a position to afford another 2014-like (non-inclusive) election."

Analyst Kugelman has a similar opinion. "Whether the BNP takes part in the elections without Zia depends on whether they think it's worth contesting a poll that may well be compromised," he said. "My sense is that Zia will eventually be released and that the ruling party wants to send a strong message by detaining her before letting her go," he added.

The BTI also indicated that the ruling government in Bangladesh needs to engage in a dialogue with the main opposition party in the coming months in order to hold an inclusive national election.