Bangkok plans to ban all street food by year's end

The Thai capital's world famous street food scene may soon be a thing of the past. Authorities say they want to impose order and cleanliness, but for many street food is a part of the culture. 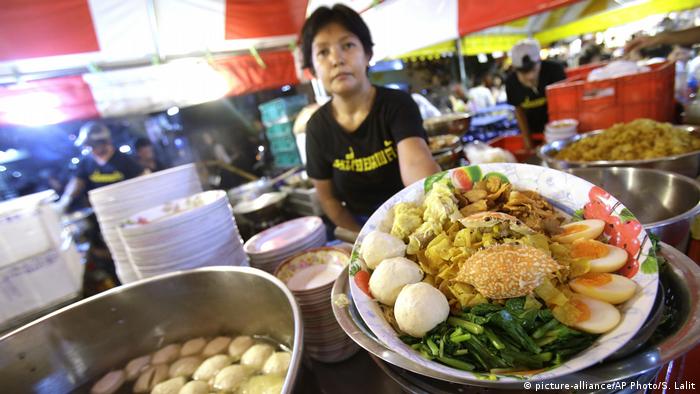 All street food stalls will be cleared from Bangkok's roads by the end of the year in a bid to bring order and hygiene to the Thai capital's streets, a city official said Tuesday.

"All types of stalls including clothes, counterfeit goods and food stalls will be banned from main city roads," Wanlop Suwandee, a chief advisor to Bangkok's governor, told AFP. 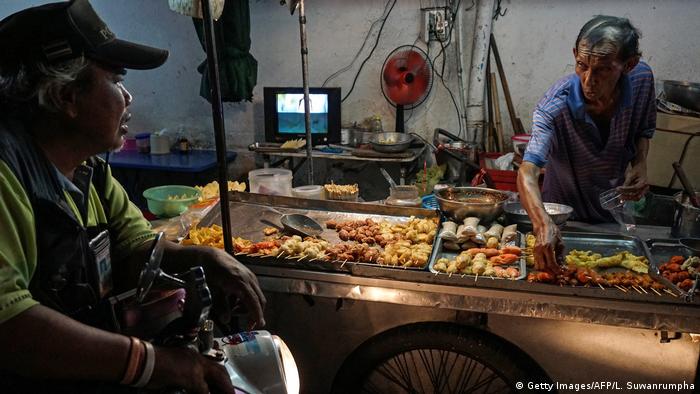 A vendor serves up meat skewers in the Phrakanong district of Bangkok.

"The street vendors have seized the pavement space for too long and we already provide them with space to sell food and other products legally in the market, so there will be no let-up in this operation," the local The Nation newspaper quoted him as saying.

Since seizing power in 2014, Thailand's military junta has tried to crack down on rampant prostitution, street stalls and other informal businesses that have traditionally skirted around regulations due to corruption, ineffectual law enforcement and legal loopholes.

Best street food in the world

The Bangkok Metropolitan Administration (BMA) order affects all of the city's 50 districts, including the the famous Yaowarat and Khaosan Road area.

The controversial drive comes a month after US TV network CNN named Bangkok's street food the best in the world for the second year in a row. "It's impossible to avoid street food in Bangkok, where sidewalk vendors in different parts of the city operate on a fixed rotation" of breakfast, lunch and dinner, CNN said of the city.

For many, the roadside restaurants serving up cheap bowls of chicken soup and pad Thai are part of the city's charm and culture.

Despite the promised return to democracy, the military government in Thailand has shown little inclination to hold elections anytime soon. Fears abound about the country sliding increasingly into authoritarianism. (21.03.2017)

Zimbabwe has banned street food vendors in the capital Harare following a typhoid outbreak blamed on poor sanitation and erratic water supplies. Vendors are resisting the ban saying it is threatening their livelihood. (12.01.2017)

"If you want to clean out all the vendors it's like you are cleaning out our culture itself," Chiwan Suwannapak, who works for a Bangkok tour agency, told AFP.

Street food stalls employ thousands of people and are a major draw for tourists.

"If they go against the vendors, that will affect business and it will affect the charm of Khaosan," said Sanga Ruangwattanaku, the president of a business association on Khaosan Road, a major tourist area.

Food stalls also bridge socio-economic divides, with everyone from business owners to taxi drivers sitting down at plastic chairs to slurp down a bowl of soup or eat a skewer of grilled pork.