Political scientist Kai-Olaf Lang tells DW that the Baltic states are worried about further territorial claims by Russia. Their defense plans are already on the table for the worst case scenario. 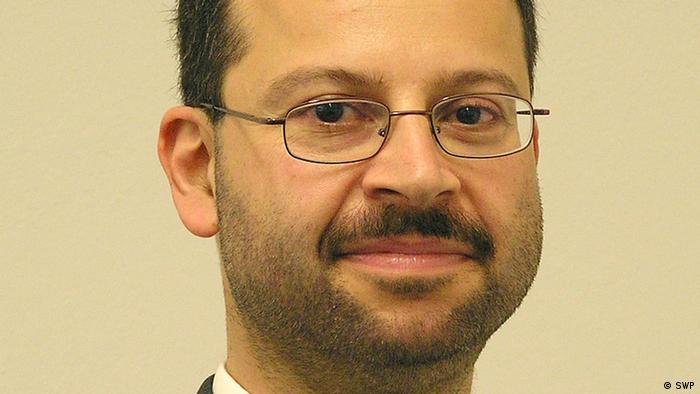 DW: After the takeover of Crimea by Russia there is concern that Moscow could use the pretext of protecting other Russian-speaking people and send troops into eastern Ukraine. German Foreign Minister Frank-Walter Steinmeier went to Donetsk this weekend. What can the West do to prevent such a scenario?

Lang: Not a lot really. If Moscow was indeed determined to take comprehensive destabilizing steps in eastern Ukraine and even use force, the West would probably not be in a position to prevent that happening. But what the West can do is send signals of resolve and try to raise the stakes at least.

The west can do three things: one, it can support the interim government in Kyiv. Two, it can impose selective - including economic - sanctions against Russia. And three, it can set up effective mechanisms of solidarity within the European Union - in the field of energy, for instance. But security collaboration in NATO also has to be intensified. Poland and the Baltic states in particular need effective security guarantees.

The Baltic states have signaled their fear of Russia's potential expansion. But just how endangered do you think are Lithuania, Estonia and Latvia really? They are EU and NATO members, after all.

I don't believe that they're threatened directly. Russia is currently pursuing different interests. For Russia, it's about the large geostrategic link and a power balance between the West and Russia in the post-Soviet area. Ukraine is at the heart of this large-scale strategic concept. The Baltic states are different because they're members of the EU and of NATO already. Russia doesn't want an open confrontation with the Baltic states, but Moscow is prepared to use the fate of the Russian-speaking minority to take action.

What's the mood like in the Baltic states with regard to Russia?

It's a mixture of concern and alertness. The authorities there are not just concerned about what is happening in Ukraine - they're also keeping a close eye on their own Russian-speaking communities and how Moscow is behaving towards them. The Baltic countries have always warned against excluding the possibility of security incidents in our backyard in the east. And now they feel they had a point.

What would be the consequences of a Russian military invasion in the Baltic states?

At this stage, it doesn't seem very likely and is probably the worst case scenario. It would be an extreme test for NATO. When it comes to military power, the Baltic states would be significantly inferior to Russia. Latvia's defense minister recently laid out the plan for the defense structure. In the worst case, they would plan to lead some sort of a partisan war to resist the Russian troops for five to six days - enough time for its allies to deploy their troops on the ground. A big invasion with open field battles would mean we'd be just inches away from the Third World War. I can't imagine that it's ever going to come to this. But of course something like Estonia's own Crimea version is possible. In Narva in the east of Estonia, the vast majority of people are Russian. But that also means NATO would have to think about how to react.

What role does the Baltic states' energy dependency on Russia play?

For many years now, the Baltic states have been saying that they want to create different ways of importing energy. One hundred percent of their natural gas comes from Russia, and there is no alternative infrastructure of pipelines. Gazprom controls the gas suppliers there, too. That makes them very vulnerable. They've been kicking the can down the road for a long time instead of undertaking the necessary steps. It's their Achilles' heel.

Apart from Ukraine, Belarus and Moldova are also situated in the buffer zone between Russia and the west. Is Putin going to try and extend Moscow's sphere of influence there even further?

Belarus is de facto already under Russia's control. The Lukashenko regime has isolated itself and essentially cut ties with the west. Economically-speaking - above all as far as energy is concerned - the country is dependent on Russia. And Moscow has stepped up its military presence there. It's not necessary to do anything else.

But as far as Moldova is concerned: yes, a few things are already happening. In Transnistria, a region which has de facto separated from Moldova, people have expressed the desire to join Russia. So it's quite possible that we will see the use of destabilizing measures in Moldova to make it more complicated for the country to sign or implement the planned association agreement with the EU.

Kai-Olaf Lang is the head of the research group on EU integration with the German Institute for International and Security Affairs (SWP) in Berlin.

German Foreign Minister Frank-Walter Steinmeier has warned that the crisis in Crimea could escalate. He threatened Russia with further sanctions if it tried to claim more Ukrainian territory for itself. (23.03.2014)

Between 1940 and 1953, ten percent of the adult population in the three Baltic states - Estonia, Latvia and Lithuania - was deported or sent to labour camps. In Estonia, this collective trauma can be sensed in people's reactions to Russia's war with Ukraine.

Ukraine claims that Russia lost nine planes in a blast that rocked a Russian airbase on the Crimean Peninsula. The G7 has criticized Russia's occupation of the Zaporizhzhya nuclear power plant. DW rounds up the latest.