The international airline industry has reached deal on limiting carbon emissions, billed as the first such worldwide deal for a single sector. Critics say aspects of the plan are unfair - or just too little, too late. 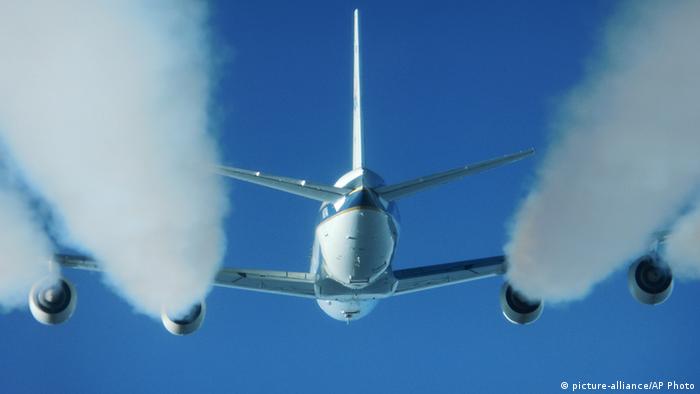 The agreement to set limits was adopted by the overwhelmingly by the International Civil Aviation Organization (ICAO) at a meeting in Montreal on Thursday.

The deal was approved by a meeting of the ICAO's 191 member states.

Airlines that exceed limits, as most are expected to do, will have to buy credits from other industries to offset their emissions.

To avoid them having to do so, the ICAO - a UN agency - is pushing for great use of fuel-efficient engines that run on biofuels, lighter aircraft materials and route optimization.

Malaysia's aviation chief Azharuddin Abdul Rahman, who chaired the session said the deal - to cap carbon-dioxide emissions at 2020 levels by 2035 - was "historic."

The first phase of the airline agreement - which is voluntary - covers 2021 to 2027, while participation will become mandatory from 2028 through to 2035.

Responsibility for putting the agreement into effect will fall onto individual nations.

More than 60 states - representing some 8 percent of global air traffic - will participate in the Carbon Offset and Reduction Scheme for International Aviation.

Russia and India have already said they will not join the voluntary phase, and said the deal placed an unfair burden on emerging countries. However, China - which also expressed reservations - said it would take part.

The system is the first global emissions pact to cover a single, specific industry. However, there has been criticism that the arrangement will fail to sufficientlyreduce emissions from commercial flights.

The fact that the initial phase is a voluntary one, and that exceptions are in place to protect smaller aviation markets, has led environmentalists to suggest that the scheme will not achieve its aims.

"This agreement is a timid step in the right direction when we need to be sprinting," said Greenpeace UK Chief Scientist Doug Parr.