Author Ken Follett on the war in Ukraine: 'Our only hope is de-escalation'

His current novel, "Never," imagines a nuclear war between China and the United States. In a DW interview, Follett says it could also have been a book about Russia and Ukraine. 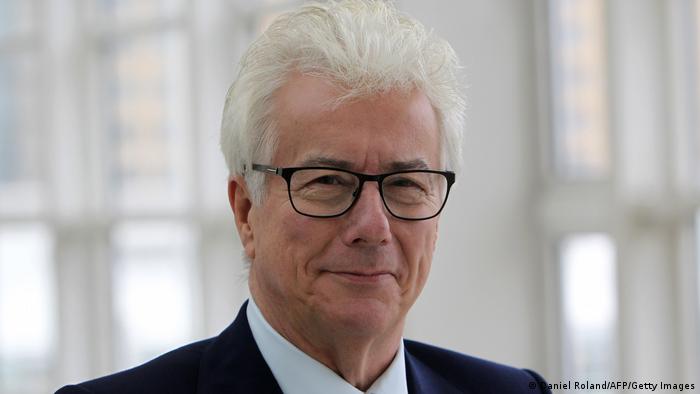 Bestselling British author Ken Follett has recently published his latest novel, titled "Never." It tells of an escalating war between China and the US.

Follett has published 37 books in over 80 countries and 40 languages. His most famous works include "The Pillars of the Earth," "The Third Twin," "The Needle" and "Edge of Eternity."

DW spoke to him about the parallels between the war in Ukraine and the plot of his latest book.

DW: In your current novel, "Never," you tell the story of a nuclear escalation between the USA and China. At the beginning of the book you quote a Chinese proverb: "Two tigers cannot share the same mountain." If the US and China are two tigers on a mountain, where is Russia right now?

Ken Follett: Before I started writing this book, I askedCatherine Ashton, the former High Representative of the European Union for Foreign Affairs and Security Policy, where the biggest threat was in the world. She said Russia, and I didn't believe her, thinking Russia was no longer a war-like nation trying to conquer the world, so I wrote a story about a conflict with China. But now it turns out that a very dangerous conflict has begun with Russia, yet the story is essentially the same: a story of conflict and escalation.

We've seen how the Russians took over the Crimea and then parts of Eastern Ukraine, and as they did so, the threats of retaliation from the West became stronger. This is this escalation process. And now, even though the West has not sent soldiers into Ukraine, nevertheless, Putin has responded to what he sees as threats — he's responded by putting his nuclear forces on alert, and this is the dreadful process which I describe in "Never."

You mentioned in previous interviews that you perceive the threat from nuclear weapons to be much higher today than it was in the 1990s.

I've lived with the nuclear threat all my life, because I was born in 1949, which was around the time the Soviet Union detonated its first nuclear device.

But in the 1980s and 1990s there was a moment where it seemed to be getting better. If you remember, we actually reduced the number of nuclear weapons that we had in Europe, and the Soviets were relaxing theirs. And it seems that was a mistake. Now we're all building more and more weapons. 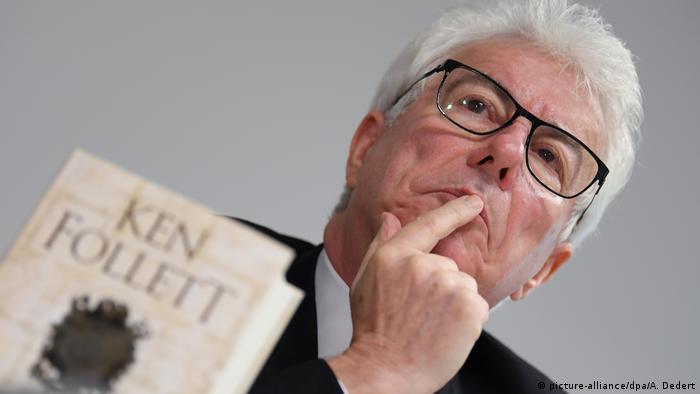 Ken Follett's books have been translated into numerous langauges

What can authors and artists do in such a situation?

I wrote "Never" because I thought it would be a great story. That's always my main reason. I'm not smarter than my readers — people who read books are intelligent people — and my readers don't want me to wag my finger at them and tell them what to think.

But what I can do is imagine things. I thought mainly if I imagined this escalating story it would be a gripping story, but I also thought people will be even more interested in it if I can write it in such a way that it seems as if it could actually happen.

In a way, that's what novels do: They make us see a situation that we can't imagine on our own, and make it seem real. This is the miracle of literature, that when people read a book, they have an emotional reaction to it as if it was really happening.

One result of your imagination in "Never" is that the US elected a female president. Do you think the situation in the world would be different today if more women were in charge of politics?

Well my mother certainly used to think that. She always said if women were in charge, there would be no wars. She wasn't quite right; Margaret Thatcher started a war.

But actually I do believe that, and the reason that the US president in "Never" is a woman is that I wanted to show how all the political leaders in the book are trying really hard to prevent a war, as they did in 1914. I thought it would be more plausible to show a female US president trying to prevent a war.

Without giving too much away, what made you decide to end the novel the way you do?

The events in "Never" build slowly, but there is a horrible inevitability about the escalation. By the time you get to the final 200 pages, you have a sense of the momentum of the events, and you just know that it is leading to the brink of nuclear war. And anything less than that would have been untrue to the story I had begun to tell.

So although when I began the book I thought I had a choice about how it would end, by the time I got the last chapter I realized I did not. 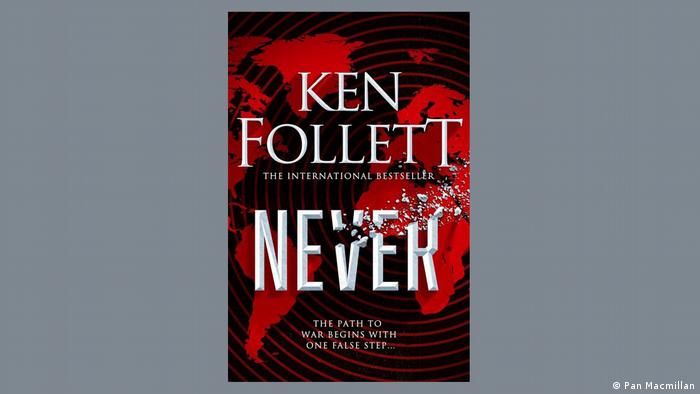 What do you think can give us hope in the real world when we'd rather not be standing on the brink of nuclear war?

What we have to hope for is that it all slows down.

The Russians aren't going anywhere, no matter how badly this goes for them, they're not going to leave Ukraine. It will be like the Americans in Vietnam, it will be a disaster but they won't be able to walk away from it, I think.

The only thing we can hope for is that it de-escalates, and that the fighting doesn't spread to neighboring countries: Poland, Hungary, Moldova.

In your novel, the conflict is not between Russia and the US, but between the US and the People's Republic of China. Many of your books are also published in Chinese. Will this also appear in China?

My books do very well in Mandarin and they're very popular. I often meet my Chinese publishers because they used to come to London Book Fair before the lockdown.

I sent them "Never" when I had finished it, and then there was long pause. And then they wrote to me, saying, "unfortunately we don't think this book can be published smoothly in China.” Smoothly was an unusual word to use, I guess they didn't really want to say, "the Communist Party won't let us publish this book," so they were being discreet.

Anyway, the answer is no — it's not published in China yet. Who knows what might happen in the future.

A non-geopolitical question: In the UK, where you live, all coronavirus measures were recently lifted. Have you met readers again since you published your new novel?

No, I have not. Although my government in this country thinks that it's okay to go back to normal, I don't, and in fact many of us don't, and so, I'm still wearing a mask when I meet anybody other than my immediate family, and I avoid crowded places. People I meet regularly test all the time. We're still being cautious. I don't think it's time to drop these precautions. Boris Johnson thinks it's time, and I think he's wrong, so I'm sticking to the old precautions. Will it ever be possible to meet readers again? Only time can tell.