How video game makers are expanding storytelling for adults

The early gamers are now grown up - and they're expecting challenging stories from their games. From "Life Is Strange" and "Vampyr" to Ken Follett's "Pillars of the Earth," new releases boast innovative storytelling. 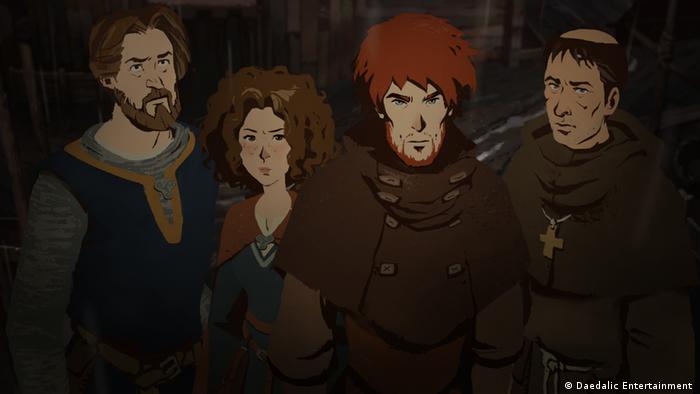 The success of the "Super Mario" series and many other sports and simulation games demonstrates that video games can work well without an elaborate storyline. Still indie game programmers have been coming up with such impressive narrative innovations lately that their productions even manage to challenge blockbuster first-person shooter games.

Accordingly, at the Gamescom's visitor day this week in Cologne, the queue to the stand of "Life Is Strange: Before The Storm," the sequel to the award-winning unconventional adventure game, was just as long as the one to the first-person shooter game "Destiny 2."

Strong storytelling is now part of blockbuster games, too, such as in the action adventures "Uncharted" or "The Last of Us" developed by US producer Naughty Dog.

In the US, the game industry has also started hiring renowned senior TV scriptwriters. 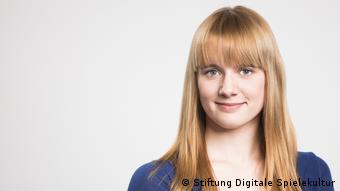 Storytelling rules for games are, however, different from the ones for television, points out Carolin Wendt of the foundation Digitale Spielekultur (Digital Games Culture).

Watch: The best-selling video games of 2017

"In a game, you can't completely control how the player will experience the story. You have to write in a way that keeps it exciting, no matter which part of the story the player goes through."

'Life Is Strange': new stories, told in a different way

There's definitely a market for in-depth games. There are many players wanting stories "with a complex structure, a wider scope of action and characters that aren't simply good or bad," said Stéphane Beauverger, narrative director for the French developer Dontnod Entertainment. The Paris-based company is behind the surprise 2015 hit "Life Is Strange."

It's a mystery-teenage-drama that has little to do with typical available games. It tells the story of an 18-year-old photography student Max Caufield and her daring best friend, Chloe. Max not only has visions of a tornado destroying her hometown, she also discovers that she has the ability to rewind time. 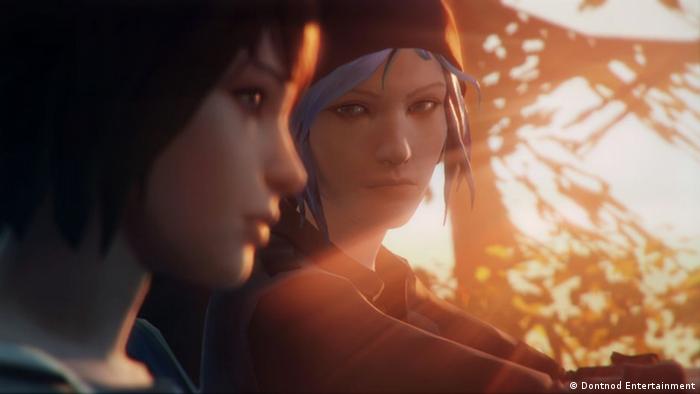 A surprise hit: "Life Is Strange" from 2015 is now getting a prequel

This twist determines the story as well as the principle of the game: The player can undo decisions and make new ones. Through this mechanism, the game has found a creative answer bridging the long rivalry between the "ludology (game studies) vs. narratology" camps, with one side seeing a game's mechanics and the other the storyline as the decisive factor for the success of a game.

The prequel to "Life Is Strange" has been released by US developer Deck Nine at the Gamescom 2017. The game tells the story of the daring Chloe - this time without time travel, giving more space to emotions. The authors of the game are - like its target market - between 20 and 35 years old.

The latest game developed by Dontnod was also presented at the Gamescom: "Vampyr," set to be released in November, is a complex role-playing game. "It was a great challenge to develop 60 credible, multilayered side characters," said Stéphane Beauverger. "I also wanted to pay tribute to the classics of gothic literature - 'Dracula,' 'Frankenstein,' H.P. Lovecraft's fantastic horror stories…"

"Vampyr" is set in a gloomy version of London, around 1918: The Spanish flu is spreading, and people are ailing everywhere. The main character, Jonathan Reid, is a doctor turned vampire and faces a moral dilemma: Should he drink people's blood or save them? 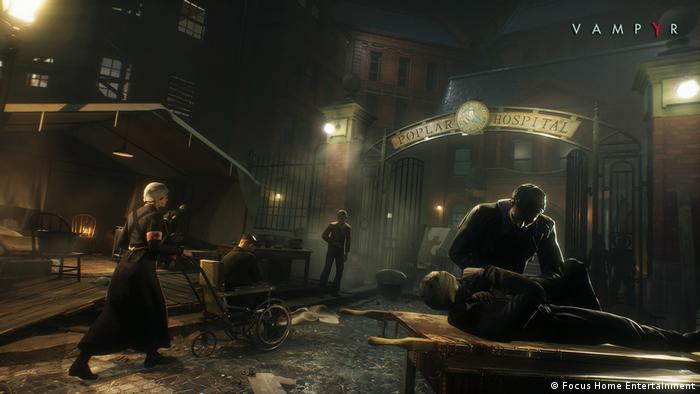 Should he bite or not? The game "Vampyr" lets the player decide

"I believe there are more mature gamers now: 85 percent of all gamers are adults; only 15 percent are under 18," reports Beauverger. Games targeting adults can now obtain grants as well - which Beauverger considers a positive development. "Of course, complex stories can be developed - for films, books and comics. For video games, however, people kept saying it's just entertainment for the kids. But that's simply not true."

'Pillars Of The Earth': the game adaptation of Ken Follett's best-seller

The German developer Daedalic Entertainment is also specialized in strong stories. It just published the first part of a trilogy game adaptation of Ken Follett's best-seller "Pillars of the Earth."

The author of the book did not get involved in the development of the game, said Valentina Tamer, narrative writer for Daedalic: "He said: 'I know how to write novels; you know how to play games. I have no clue about it, so I will not interfere.' We had a lot a creative freedom." 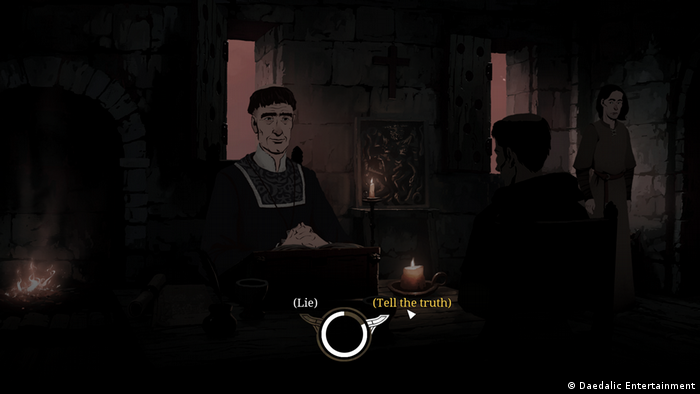 That meant for the authors of the game that they had to find the core scenes, establish their sequence, and rewrite the dialogues and many new texts leading through the game. "We changed a lot (from the original material) - but with the intention of remaining true to its essence," said Tamer. "The story nevertheless manages to be interactive; the players influence the game with their decisions."

Storytelling in games: more than dialogue

Gaming is attractive because it offers narrative possibilities that go beyond classic storytelling. "The great strengths of games are found in other forms of storytelling," believes Carolin Wendt, naming "environmental storytelling" as one powerful example.

"You can go through a hall and if you don't pay attention, you might only get half of the story because hidden messages can be found in the walls. The player needs to be active," said Wendt.

Valentina Tamer also sees that strong stories are making progress: "Shooter games are adding more storylines and the stories in adventure games are becoming more experimental and deeper. We are in a phase where people are realizing that a story can be told in a different way through games - and that there's a lot of potential in that field."

The founder of the company that developed the world's most successful arcade game, Pac-Man, has died. Over six decades, Masaya Nakamura turned a small entertainment company into a global conglomerate. (30.01.2017)