How serious are Vladimir Putin′s nuclear threats? | Europe | News and current affairs from around the continent | DW | 28.02.2022

Despite President Putin's statement on Russia's nuclear alert, observers say it's highly unlikely Moscow could actually start a nuclear war. But given Putin's volatility, his threats can't be taken lightly either. 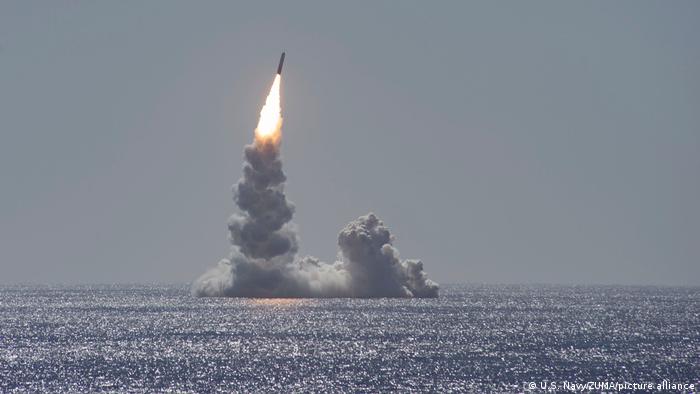 Super powers routinely prepare for the worst case scenario. But a real nuclear war is something they want to avoid

Amidst news of fighting in Ukraine, refugees at the country's western borders and Russian attacks on Kyiv, Russian President Vladimir Putin made a statement on Sunday that stood out, one that sent a chill around the world.

"I order the defense minister and the chief of the general staff of the Russian armed forces to put the deterrence forces of the Russian army into a special mode of combat service," Putin said in a televised address.

The "deterrence" the president referred to includes nuclear forces, which immediately raised concerns about a possible escalation of the war against Ukraine.

A senior US Defense Department official said in a briefing on Sunday that Putin invoking Russia's nuclear capability was "not only an unnecessary step for him to take but an escalatory one." And NATO Secretary-General Jens Stoltenberg called the order "irresponsible," telling US broadcaster CNN that "this is dangerous rhetoric."

But there's no clear understanding of what exactly the statement means in practical terms for Russia's military strategy going forward.

"It is still unclear what the increased alert involves," Hans Kristensen, director of the nuclear information project at the Federation of American Scientists, wrote in an email to DW.

"There have been speculations that it might involve increasing the readiness of the nuclear command and control system to be more ready to transmit a launch order. There have also been some reports of increased activity of the missile submarines, but it is unclear if that is beyond the normal."

Not all of these weapons are immediately available; 1,760 of Russia's warheads are "retired" and await dismantling, says the Arms Control Association, a US-based nonpartisan organization. That leaves Moscow with 4,497 active nuclear warheads. Of those, not all are deployed, meaning in a position where they could be fired within minutes in case the government ordered a nuclear strike.

All of Moscow's nuclear weapons are deployed in Russia itself, Kristensen wrote. Submarines carrying nuclear warheads occasionally go on deterrent patrols in international waters, which "is normal and is also done by western nuclear powers." 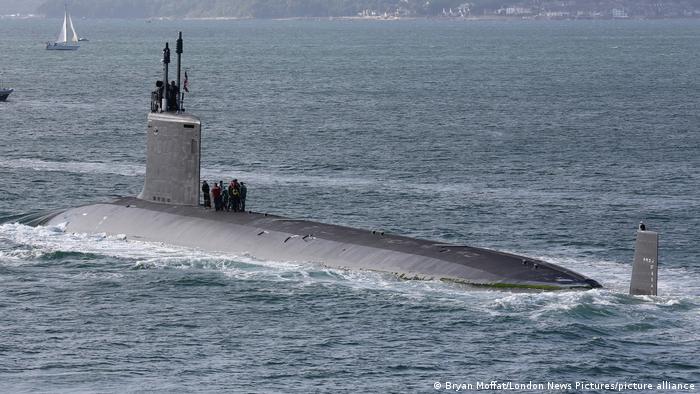 Nuclear submarines are deployed as deterrents in international waters, such as this US vessel in 2013

The Kremlin has said that putting nuclear forces on higher alert was a step taken in reaction to statements from the West regarding possible confrontations between Russian and NATO troops.

"Statements were made by various representatives at various levels on possible altercations or even collisions and clashes between NATO and Russia," Kremlin spokesman Dmitry Peskov said in a press briefing on Monday. "We believe that such statements are absolutely unacceptable."

It is unclear to which statements Peskov was referring. One Western politician he mentioned directly was British Foreign Secretary Liz Truss. But neither Truss nor other Western or NATO representatives have talked about NATO attacking Russian troops.

Experts assume that Putin made his contentious statements as a reminder to the world that Russia is a nuclear power that is not to be trifled with after the EU and the US imposed the harshest economic sanctions on Russia that the country has ever seen.

"Putin is likely doing this to scare the West into giving him concessions," Kristensen wrote. "This is his typical brinkmanship."

The move could also be motivated by a lack of success in the war so far, says Marc Finaud, head of the arms proliferation division at the Geneva Centre for Security Policy, an international foundation based in Switzerland.

"The military situation in Ukraine is not as clear as Putin imagined it would be," Finaud told DW. "That could be why Russia's president felt the need to point to his country's nuclear arms strength."

Whatever the reason behind Putin's words, Ben Hodges, a retired US Army general who served as the commanding officer of the US armed forces in Europe, said he wasn't surprised by the escalatory rhetoric.

"Of course, it cost him nothing, nothing to threaten the use of nuclear weapons," Hodges told DW. An actual nuclear attack, however, would be a different story, he said. "If they should make the terrible calculation to employ a nuclear weapon, no matter how large or small, it will cost [Putin] and Russia everything."

Russia's long-range strategic nuclear weapons can reach anywhere on the globe, Kristensen wrote. A nuclear strike by Russia would almost certainly trigger a counter-strike by the US or another Western nuclear power. The ensuing nuclear war would have disastrous consequences far beyond the countries involved.

According to Scientists for Global Responsibility, an independent UK-based organization, the use of just one nuclear warhead in attacking a city would be enough to render an effective medical and humanitarian response impossible. The detonation of a few tens or hundreds of warheads, the group says, would lead to huge fires whose resultant "persistent, high altitude smoke particles would disrupt the global climate, causing widespread agricultural collapse and famine."

Modern nuclear weapons are significantly more powerful than the atomic bombs which the US dropped on the Japanese cities of Hiroshima and Nagasaki in World War II. Those two had an explosive yield of the equivalent of about 15 kilotons of TNT and 20 kilotons of TNT, respectively. One kiloton equals the explosive force of 1,000 tons of TNT.

"Many of the modern nuclear weapons in Russian and U.S. nuclear weapons are thermonuclear weapons and have explosive yields of the equivalent of at least 100 kilotons of [TNT]," states the website of the International Campaign to Abolish Nuclear Weapons, which won the Nobel Peace Prize in 2017.

The nuclear weapons of today are far more powerful than those used in World War II, as here in Hiroshima

Four cases in which Russia could use nuclear weapons

Putin putting the Russian deterrence forces "into a special mode of combat service" is not, however, widely considered as merely one last step away from declaring nuclear war.

Russia's nuclear doctrine, which Putin himself approved as recently as 2020, states that the country would only resort to nuclear strikes in one of four cases: when ballistic missiles were fired at Russia or an ally's territory, when an enemy used nuclear weapons, in response to an attack on a Russian nuclear weapons site, or in response to an attack threatening the very existence of the Russian state.

None of these is the case in the war against Ukraine.

"If [Putin] really planned a nuclear attack, we would likely see dispersal of the mobile missiles on land and ordering all the submarines out to sea. We would also see arming of the bombers and activation of nuclear non-strategic forces," Kristensen wrote. "A launch is highly unlikely unless Russia and NATO are in a direct military confrontation where Russia is losing."

And a nuclear attack on Ukraine, a country that is not part of the NATO alliance and does not have nuclear weapons itself, is viewed by experts as just as unlikely.

"It wouldn't make any sense at all," Finaud pointed out. "If the goal is to take Ukraine, Russia doesn't want to occupy a pile of radioactive debris." 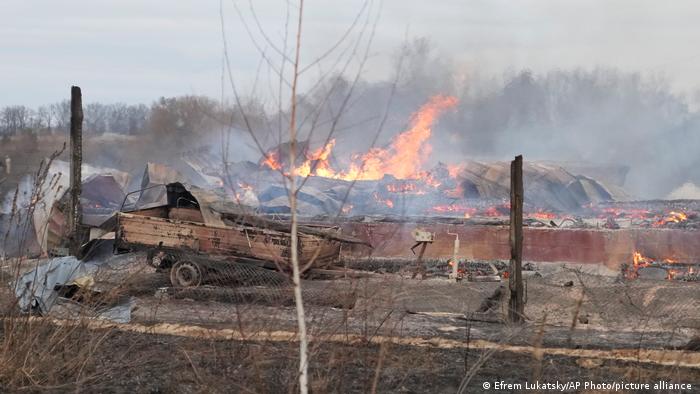 Where will Putin stop?

"Nevertheless, we have witnessed how unpredictable Putin is and that's why we have to be very vigilant right now," Lambrecht told German public radio Deutschlandfunk.

Finaud makes the same point. The proliferation expert said he was glad to see that the US didn't respond "tit-for-tat" by raising their alert level as well, but rather showed a "fairly moderate" reaction. Behavior like this shows how to prevent further escalation, he said.

But at the same time, the use of nuclear weapons should not be written off as something that Putin is only threatening and would never do, Finaud cautions.

"We have seen a series of red lines being crossed by Putin within a few days. And every time we thought he would not go further," Finaud said.

"We thought 'oh, this is just another blow, but he will be rational because this could run against the national interests of Russia,'" Finaud said. "But every time he went further. So now it's very difficult to imagine where he will stop."

This article was updated on March 1 with information regarding Russia's nuclear warheads and the potency of today's nuclear weapons.