With 30 bestsellers in 40 years, Ken Follett is among the most successful authors in world literature. As the master of the historical novel genre turns 70, he is working on the prequel to his best-known work. 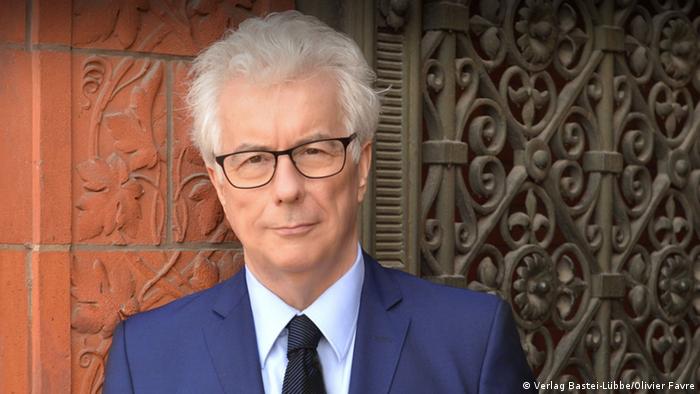 Born in 1949 in the welsh capital Cardiff,  Ken Follett spent his youth consuming more books than television shows. He attributes his career as a novelist to his childhood in a staunchly religious household, with the star author's narrative voice and dramatic flair drawing inevitable inspiration from the bible, which he had already read as a young teenager.

Upon completing his studies in philosophy, Fottett emancipated himself from religion and earned his living as a journalist — which included writing about pop music and interviewing the likes of Stevie Wonder. He was inspired to write his first novel only because he hoped to get enough money from the small publishing advance to be able to repair his car.

Read more: Follett: We thought tanks would roll in

Ken Follett on the success of his books

Follet initially saw his writing as a "sort of a paying hobby," the author keeping his journalism job and writing fiction on the side. But while his first few books did not sell very well, the writer had ambitions to become a bestseller.

In 1978 Follett realized his goal when his spy thriller The Big Needle was published and soon became an international success. The book sold 10 million copies and was adapted into a film starring Donald Sutherland in 1981.

Follett's growing renown as a wordsmith sparked a growing list of bestsellers: Some 30 books published over the next four decades. One of the most successful was The Pillars of the Earth from 1989, which saw Follett switch from writing thrillers to historical novels, the genre that has since been synonymous with his name.

The book is every bit as epic as the lofty title suggests, with Follett depicting the building of a cathedral in medieval England amid a backdrop of civil war, religious strife, and of course love. The 400,000-word tome took over three years to write, and remains the author's most popular novel, having stayed on the German bestseller list for over six years. "This is my most popular book. It still sells about 100,000 copies a year in paperback in the US," the writer said on his website. "It's becoming a cult."

In his subsequent historical novels, Follett has covered vast swathes of history, from the Norman Conquest 1,000 years ago to the First World War and Cold War. No matter the historical tapestry, his novels were built on thorough research, including 2014's Edge of Eternity, which traces a trans-global family saga from the building to the fall of the Berlin Wall.

"I went to the Stasi Museum, and I visited locations where the wall used to be," he told DW of his research for the novel. "There are several scenes in Edge of Eternity where somebody tries to escape. That kind of scene is all about the physical detail; you know, how high is the wall, how far do they have to jump or what is the barrier like that they have to crash through?" 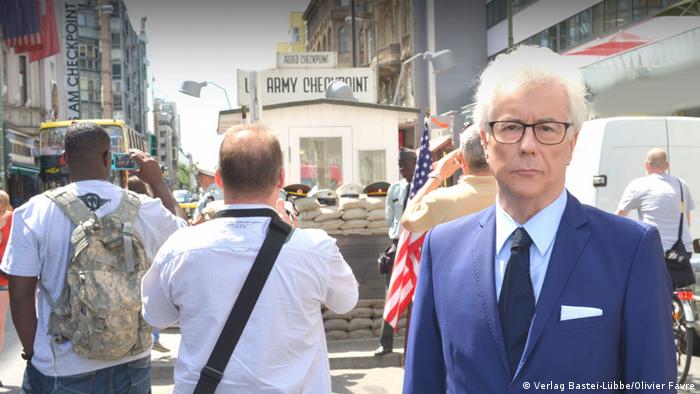 Ken Follett at Checkpoint Charlie in Berlin: He performed extensive research in the city for his Cold War novel, "Edge of Eternity"

"It's a business now," Follett said of his growing empire in 2014, and the fact that he has 25 employees dealing with copyrights, worldwide licensing and collecting royalties. According to media reports, Follet's office is currently working on marketing an edition of the prequel to Pillars of the Earth, set for a 2020 release.

The author has been labelled a "Champagne Socialist," and was a strong supporter of the Labour Party under Gordon Brown. Meanwhile, his interests are Jaguar cars, fine food — along with champagne. And of course writing.

"My stories are about quite fundamental things that affect everybody," he told DW of his broad appeal. "I write about wars and revolutions, but also about love, marriage and raising children. The dramas in my books are things I think that most people can identify with."

Ken Follett on his research process

Artists After the Escape: Judith Kerr — flight as an adventure

Her children's books can be found on bookshelves around the world. In some of them, Judith Kerr told her own childhood tale of fleeing Nazi Germany with her Jewish family. DW presents her story of escape and homecoming. (23.05.2019)

His current novel, "Never," imagines a nuclear war between China and the United States. In a DW interview, Follett says it could also have been a book about Russia and Ukraine.