Russian artists speak out against the war in Ukraine | Culture | Arts, music and lifestyle reporting from Germany | DW | 28.02.2022

Russian artists speak out against the war in Ukraine

Pop stars and theater directors are protesting against Putin's war. Those with ties to the Russian leader, like conductor Valery Gergiev, risk ruining their careers. 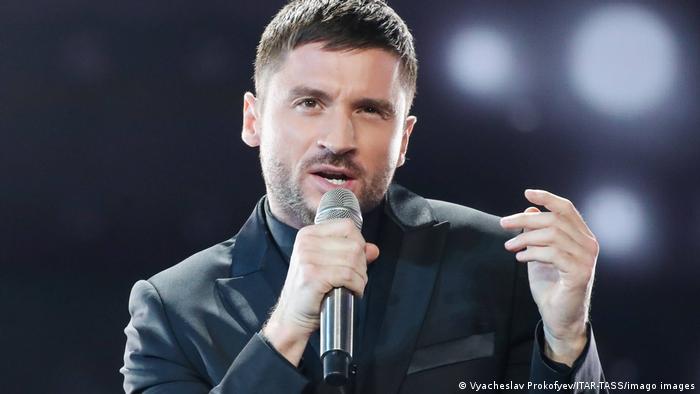 Following Russia's invasion of Ukraine on the orders of President Vladimir Putin, the conflict is now in its fifth day, and casualties on both sides are growing. Many of Russia's prominent stars in and outside of the country are speaking out against the war. Others, have been keeping mum.

New York City's Metropolitan Opera announced on Sunday that it would cut ties with pro-Putin artists. Other opera houses around the world are reacting similarly.

One of the stars directly affected by the decision is opera singer Anna Netrebko, who has ties to the Russian president and was once pictured with a flag used by some Russian-backed separatist groups, as reported by the New York Times.

She is scheduled to appear in Puccini's opera "Turandot" on April 30.

One of her concerts, planned for February 25 in Aarhus, Denmark, was already cancelled after pressure to denounce ties with Putin.

Two days later, Netrebko and her Azerbaijani husband, singer Yusif Eyvazov, released a joint statement denouncing the war, without however naming Putin: "I want this war to end and for people to be able to live in peace. This is what I hope and pray for."

She also added, "forcing artists, or any public figure to voice their political opinions in public and to denounce their homeland is not right."

"This should be a free choice. I am not a political person. I am not an expert in politics," the statement reads. 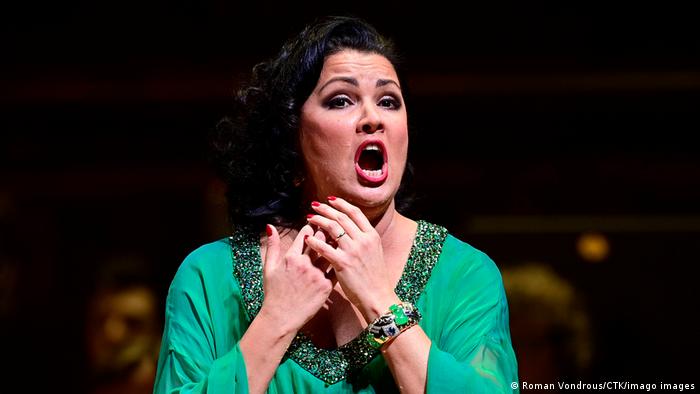 Conductor Valery Gergiev, who has been a close friend of Putin since the 1990s, is also facing mounting pressure to speak out — or potentially see his career in shambles.

Decisions have been swift: The 68-year-old was immediately replaced with another conductor for three concerts with the Vienna Philharmonic Orchestra at New York's famed music venue Carnegie Hall, which also canceled two May performances in which Gergiev would lead the Mariinsky Orchestra. The venue also axed the concert of pro-Putin pianist Denis Matsuev. 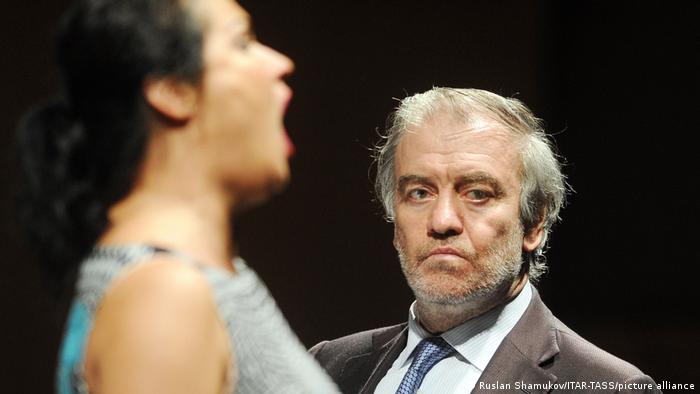 Monday February 28 is a day of reckoning for Gergiev. The mayor of Munich, Dieter Reiter, gave him an ultimatum, requiring him to distance himself from Putin or be dropped as the principal conductor of the Munich Philharmonic.

Similarly, management of Milan's legendary opera house, La Scala, say they will cancel the conductor's upcoming concert on March 5 if he does not stop supporting the Russian president.

Meanwhile, in the Netherlands, the Rotterdam Philharmonic Orchestra, of which Gergiev is honorary conductor, has also said it will cancel his upcoming concerts and festival if he does not speak out against the invasion.

Gergiev previously spoke openly in support for Putin's actions in the now-Russia controlled region of Donetsk and has also appeared in a Putin campaign video in 2012.

The star conductor was already dealt a major blow on Sunday when his long-time agent, Marcus Felsner, dropped him. "It has become impossible for us, and clearly unwelcome, to defend the interests of Maestro Gergiev, one of the greatest conductors of all time, a visionary artist loved and admired by many of us, who will not, or cannot, publicly end his long-expressed support for a regime that has come to commit such crimes," the Munich-based agent wrote in a statement. 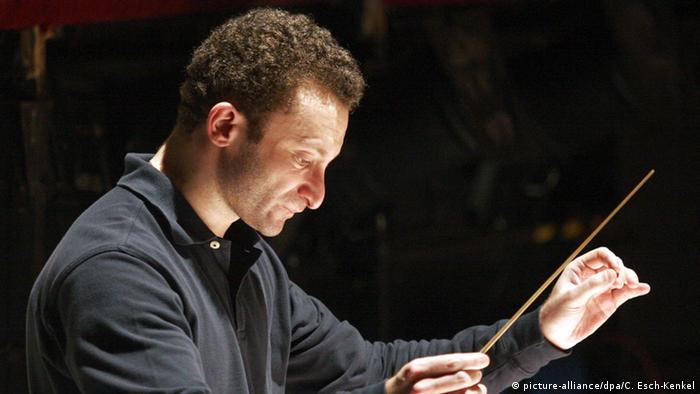 An obvious choice for some

The reaction was very different from another Russian conductor working abroad. Kirill Petrenko, chief conductor of Berlin's Philharmonic Orchestra, spoke out fiercely against what he called "Putin's insidious" attack in a statement published on February 25. He called it "a knife in the back of the entire peaceful world," as well as an attack on the arts which "unite across all borders."

And despite the danger, within Russia, some of the biggest names in music have taken to their social media platforms to condemn the actions of President Putin.

Prominent rapper Oxxxymiron canceled a concert in protest saying on his Instagram account followed by 2.2 million people that he was against the war. "No matter how hard you try to explain that it's not aggression but defense, it's not Ukraine that invaded Russian territory. It's Russia bombing a sovereign state right now," he said in an Instagram post. 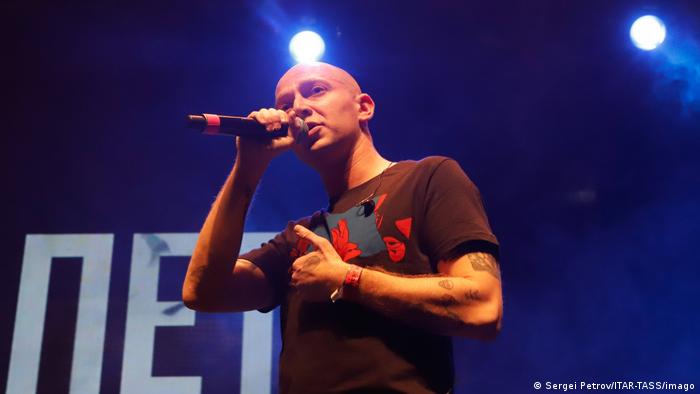 One of Russia's most famous rappers, Oxxxymiron, has spoken out on social media against the war

Meanwhile, pop singer Sergey Lazarev, once a staunch Putin supporter who represented Russia in the 2016 Eurovision Song Contest, made a passionate plea on his Instagram account with 4.7 million followers, posting a black image and calling for the war to stop: "Sit down at the negotiating table! Let the people live! Nobody supports the war! I want my children live in peace!"

The former choreographer of the Bolshoi Ballet, Alexei Ratmansky, left Russia in the midst of staging a highly anticipated new ballet at the Bolshoi. Ratmansky, who grew up in Kyiv and started his career there, made a decision to promptly leave Russia, taking his creative team with him. Although the choreographer says he has plans to return and continue the suspended production, he's not sure when. Much of his family lives in Ukraine. "I doubt I would go if Putin is still president," Ratmansky told The New York Times. 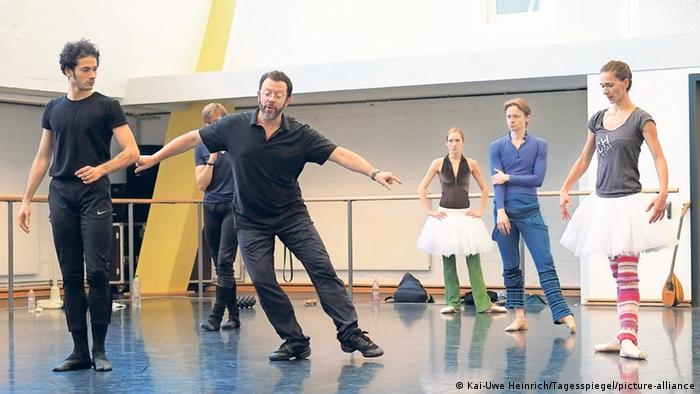 Prominent Russian theater directors have also left their posts in light of the war, including Yelena Kowalskaja, the long-standing director of Moscow's Meyerhold Center: "The Meyerhold Center is a state theater and I will not work for the criminal Putin state," she wrote in a statement.

French ballet master Laurent Hilaire announced his resignation as director of Moscow's Stanislavski Theater over the Russian invasion of Ukraine. "I am departing with a heavy heart, but the context no longer allows me to work with peace of mind" he told French news agency AFP. He was only the second Frenchman to have directed a Russian ballet company in 150 years. 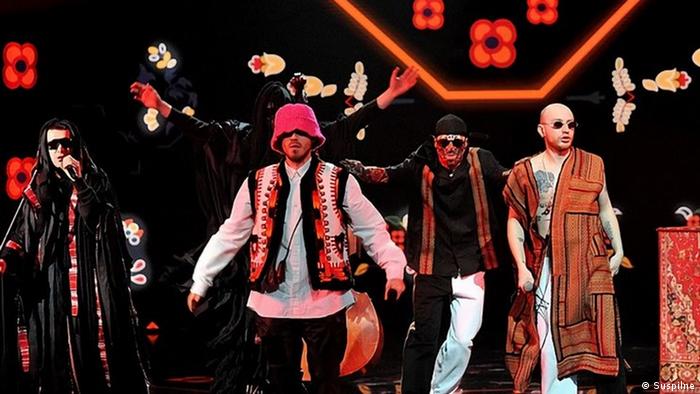 Kalush Orchestra will represent Ukraine at the Eurovision Song Contest; Russia has been banned

Artists and cultural workers across Russia also signed an open anti-war letter denouncing the war on Ukraine and the false pretext under which it was carried out. In the letter, they warned of the dire and lasting consequences the conflict would likely have on Russia's cultural industries.

The effects of the war are already being felt on Russia's cultural institutions. Russia was told it cannot participate in the upcoming Eurovision Song Contest and a forthcoming Bolshoi Ballet tour to London's Royal Opera House was canceled.