Artists, musicians and writers worldwide are appalled by Russia's "violation of the European peace order of the past decades." 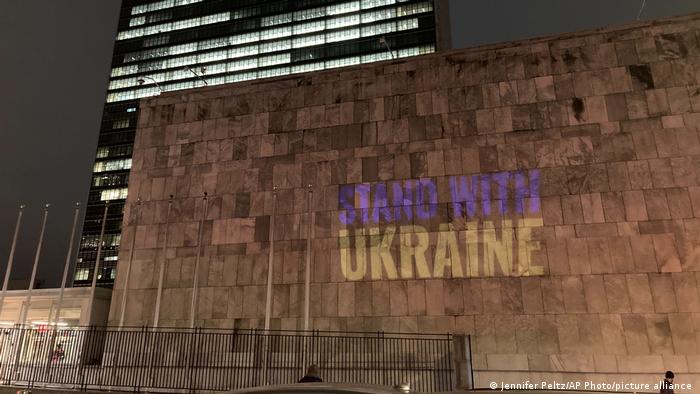 Stand With Ukraine: Solidarity with Ukraine at UN headquarters in New York on February 24

Outrage paired with disbelief prevailed worldwide in the culture scene as Russia forged ahead with its invasion of Ukraine.

The United Nations Educational, Scientific and Cultural Organization (UNESCO) in a statement voiced its deep concern "about the ongoing military operations and the escalation of violence in Ukraine."

The German Academic Exchange Service (DAAD) on Friday announced that it is restricting academic exchange with Russia. "There can be no normal relations with a state that is waging a war of aggression against its neighboring country in the middle of Europe, not even in foreign science policy," DAAD President Joybrato Mukherjee says.

"Putin is a very great danger to world peace," saidVladimir Kaminer, a Russia-born writer who has lived in Berlin since 1990, and whose short stories and novels have repeatedly made it onto the bestseller lists.

This war, Kaminer told DW, is not directed against Ukraine. 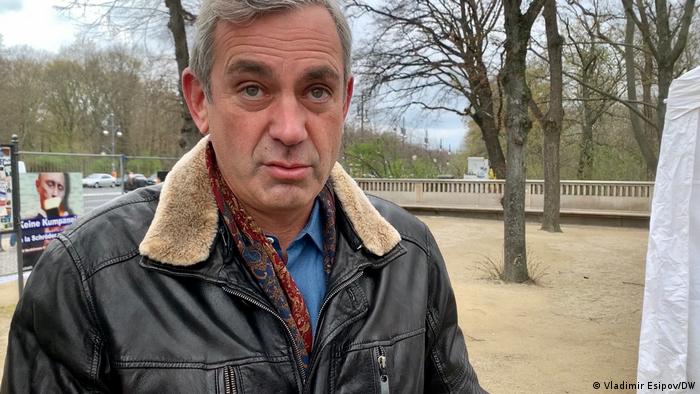 Ukraine does not even exist in Vladimir Putin's mind, Kaminer said. "I am absolutely sure that this war is being waged against Europe and America, against the Western world," the writer added. "The Russian president lives in the past — Western politicians can't cope with him, because they think about the future and what will happen in 80 years with our climate change. These are very different world views."

'Impossible to work for a killer'

In a Facebook post, she wrote: "Friends, in protest against Russia's invasion of Ukraine, I'm leaving my post as Director of Moscow's Vsevolod Meyerhold State Theater and Cultural Center. It's impossible to work for a killer and collect a salary from him."

The Youth Symphony Orchestra of Ukraine, with musicians aged 12-22 from 32 cities of Ukraine, and its conductor, Oksana Lyniv, urged "all governments of European countries to stand by Ukraine with decisive action, with military and the strictest sanctions and to stop our murderers."

"We ourselves will never give up defending our homeland and world peace with all our strength, with art, music and true values," they said.

The German Stage Association called the Russian attack on Ukraine "a shocking violation of the European peace order of recent decades." It declared that it "stands in solidarity with all those who continue to firmly believe in these possibilities of a diverse and peaceful coexistence, in the power of art and the pacifying effect of culture, and who must now fight for them."

"Today is a black day for Europe," the association said.

The Board of Trustees of the Peace Prize of the German Book Trade expressed outrage at "Russia's brutal attack on Ukraine," and appealed "to the Russian people and their president to stop the deliberate destruction of peace and freedom in Europe."

DW had also spoken to Ukrainian writers in the Ukrainian capital, Kyiv. Calling for clearer positioning by leading artists from other countries in the world, writer Andrei Kurkov said, "It is up to the artists to shake up their governments. Because the politicians obviously haven't understood yet how dangerous what's happening right now is for all of us."

The masks have slipped, Katya Petrovskaya told DW. It is "not only about Ukraine," she said. "It's about the whole world now." She said she believed that the Russian president is headed for "total war against cities, against citizens and against all our so-called European democratic comfort."

On social media, international artists have also reacted to the Russian attacks.

Peace demonstration instead of Carnival revelry

In the German city of Cologne, the traditional Rose Monday Carnival parade, an event that draws hundreds of thousands of people every year, was initially canceled because of the coronavirus pandemic — to be substituted by a much smaller, stationary event in an arena. 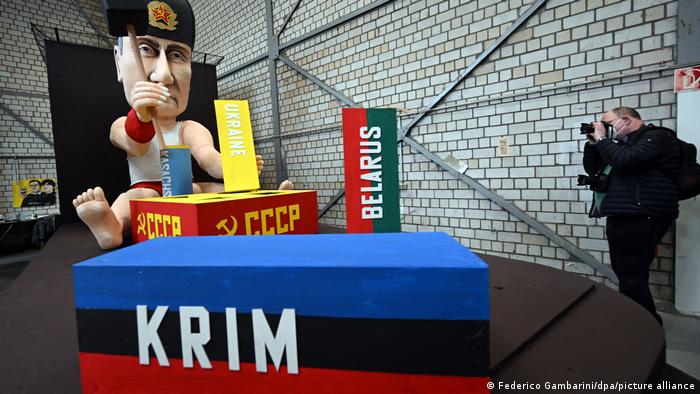 That was canceled on Thursday in reaction to Russia's invasion of Ukraine in favor of a peace demonstration set for February 28 that will include in particular satirical floats critical of the situation in Russia and Eastern Europe.

Explainer: How severe are the new sanctions on Russia?

As Russia unleashes its war in Ukraine, the US and the EU have prepared new sanctions aimed at punishing Putin's regime. They target Russia's use of the dollar through its biggest banks, as well as some key industries.

The hybrid war that began before Russia invaded Ukraine

Most of India is poor, because information does not go to the poor!

In 2000, when nobody in India was thinking about taking the Internet to the villages, Osama Manzar began his mission to eradicate information poverty using digital tools. Read the interview with the digital entrepreneur.