How are Russia′s friends and allies reacting to Ukraine invasion? | World | Breaking news and perspectives from around the globe | DW | 25.02.2022

How are Russia's friends and allies reacting to Ukraine invasion?

Most of Russia's allies and countries that usually try to remain neutral are struggling what to make of the attack on Ukraine. But some of Moscow's traditional friends are still fully backing Putin. 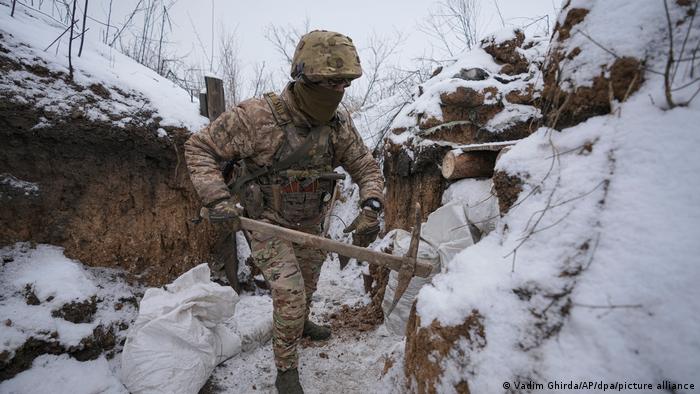 Will any of Russia's allies back Ukraine against Russia's invasion?

Chinese Foreign Minister Wang Yi appeared to have called his Russian counterpart Sergey Lavrov on Thursday (24.2.). Wang said that China had always respected the sovereignty and territorial integrity of all countries.

At the same time, the Ukrainian question had a complex and special historical dimension, he added. China understood the concerns of the Russian side regarding security issues.

His appeal: to abandon the Cold War mentality and create a balanced and effective European security architecture through dialogue and diplomacy.

Under President Xi Jinping, China has moved closer to Russia and now apparently does not want to take sides.

China asks for 'all parties to exercise restraint'

At the emergency meeting of the UN Security Council, Chinese Ambassador to the United Nations, Zhang Jun, called on all parties involved in the crisis to hold back and avoid further escalation of the situation. "China believes that the door to a peaceful solution to the Ukraine issue has not been fully closed and should not be closed. In order to avoid the conflicts from getting worse, China will continue to promote peace and talks."

As was to be expected, Cuba sticks to its policy of backing Russia. When the president of the Russian Duma was in Cuba on Wednesday (23.3), his counterpart Esteban Lazo said Moscow had the right to defend itself and that NATO had to fulfill the security guarantees demanded by Russia.

"All support for President Putin and his people," Venezuelan President Nicolás Maduro tweeted on Wednesday (23.2.). "We are sure that Russia will come out of this battle united and successful, admired by the brave peoples of the world,".

Daniel Ortega, Nicaragua's autocratic head of state, ahead of the invasion also said that Russia was merely defending itself.

As early as Tuesday (22.2.), Syria's government, led by President Bashar al-Assad, was one of the few voices in the Middle East to explicitly approve of Russia's actions against Ukraine.

According to state news agency Sana, Foreign Minister Faisal Mekdad accused the West of supporting "terrorist" forces in Ukraine, as well as in Syria. 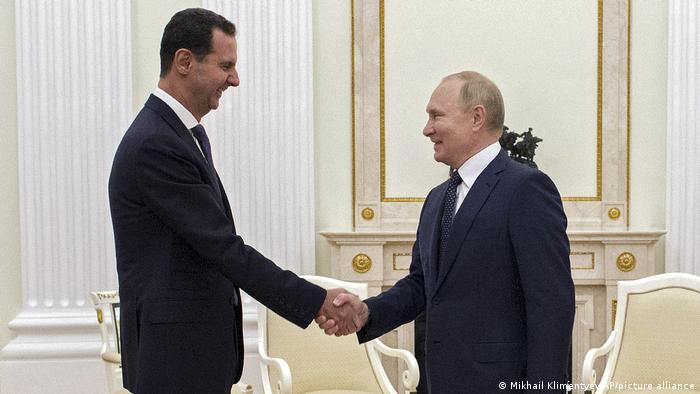 Alongside Iran, Russia is the most important political and military ally to the Assad regime.

The Iranian Foreign Ministry has expressed regret over the escalation of the conflict, but has a different reading of Russia's war against a sovereign state: "We do not see war as a solution," Foreign Minister Hossein Amir-Abdollahian tweeted, yet saying the Ukraine crisis had its roots in provocations by NATO.

Now it was necessary to establish a ceasefire and focus on a political and democratic solution, he argued.

The war over Ukraine comes in the middle of negotiations between Iran and the US over a new nuclear deal.

In a statement on Israeli television, Foreign Minister Yair Lapid said Israel "condemns the attack,” and that the Russian action was a "serious violation of the international order." He emphasized that Israel has long-standing, good relations with both Russia and Ukraine.

He also said there were tens of thousands of Israelis and thousands of Jews in both countries, and their safety was Israel's top priority.

According to Immigration Minister Pnina Tamano-Schata, Israel is ready to take in thousands of Jewish refugees from Ukraine.

South Africa and India — calls for a return to diplomacy

The South African government has called on Twitter for increased efforts to find a solution, reduce tensions and prevent an armed conflict. South Africa, along with Russia, Brazil, India and China, is one of the five BRICS emerging economies and avoided criticizing Russia's annexation of Crimea back in 2014.

India, traditionally closely linked to Russia in a strategic partnership, did not outright condemn Moscow's actions. Minister of State for External Affairs Rajkumar Ranjan Singh said the country remained neutral and hoped for a peaceful solution to the conflict.

Correction: The original version of this article incorrectly described Rajkumar Ranjan Singh as India's foreign minister. This was corrected on February 28, 2022, to indicate that he is India's minister of state for external affairs, which is a role that reports to the foreign minister.

Belarus opposition advisor Franak Viačorka tells DW’s Brent Goff on “The Day” that people in Belarus are afraid of being dragged into Putin’s war on Ukraine, which he says most people oppose. Viačorka predicts Russia will continue to get weaker.