Austria's Sebastian Kurz wants a migration 'axis of the willing' with Germany, Italy 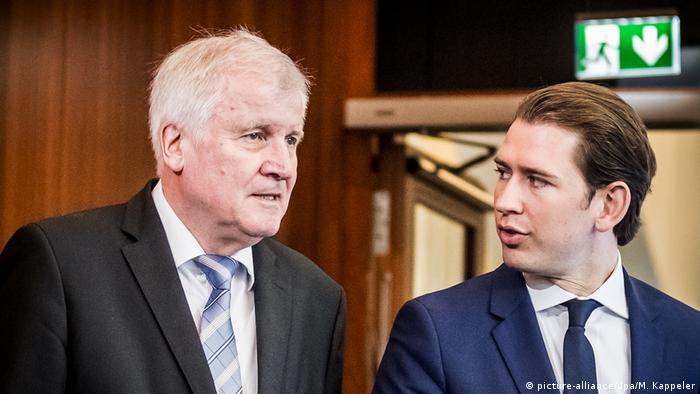 Austria's Sebastian Kurz and German Interior Minister Horst Seehofer on Wednesday voiced support for an "axis of the willing" tackling illegal migration into the EU.

"In our view, we need an 'axis of the willing' in the fight against illegal migration," Kurz told reporters after his meeting with the interior minister from Bavaria, which borders Austria. "I am happy about the good cooperation that we want to develop between Rome, Vienna and Berlin. I think it marks very sensible cooperation that will contribute to reducing illegal migration to Europe."

Kurz and Seehofer announced that part of the plan would be putting German and Austrian police into Albania to prevent a migration route into the Balkans.

"It is important not to wait for a catastrophe like in July 2015; rather to counteract it," Kurz said, referring to the European refugee crisis three years ago when a rising number of migrants arrived on the continent.

Merkel and Seehofer are in dispute over new a proposed new German "migration master plan," delaying its release this week. A reported sticking point is Seehofer's desire to send away migrants at the border if they have already applied for asylum elsewhere in Europe or if they have already been refused it in Germany. Merkel, meanwhile, is said to oppose any changes that would undermine European rules. 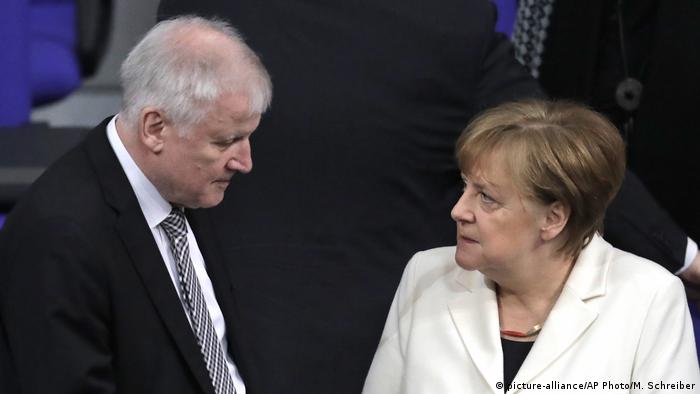 Seehofer also said that he was open to closer cooperation with Italy and Austria's governments on migration. He praised Kurz for quoting from, as he put it, his rejected "migration master plan."

Merkel, meanwhile, speaking at the German government's annual integration summit, which Seehofer elected not to attend, again called for any plans to be coordinated via Brussels.

Austria assumes the European Union's rotating presidency on July 1 and one of its main priorities is to strengthen the EU border.

Kurz won the chancellery last year, taking a tougher line on migration than was typical for his party, and forming a coalition with the far-right FPÖ party. Meanwhile, in Italy, migration played a major role in the emergence of a populist left-right coalition between the right-wing League party and the anti-establishment Five Star Movement.

Interior Minister Horst Seehofer's new "migration master plan" for Germany was set to be published on Tuesday. At the last moment, apparently amid disagreement with Chancellor Angela Merkel, it has been postponed. (12.06.2018)

Germany's Federal Office for Migration and Refugees (BAMF) is under fire over allegations that officials in some branches may have accepted bribes in exchange for granting asylum. Thousands of cases will be re-examined. (22.05.2018)