Germany′s Angela Merkel gets support on migration from Austria′s Sebastian Kurz | Germany| News and in-depth reporting from Berlin and beyond | DW | 12.06.2018

There may be disagreement within the German government on how to fight illegal migration. But Angela Merkel seems to have found a potentially valuable ally in her Austrian counterpart, Sebastian Kurz. 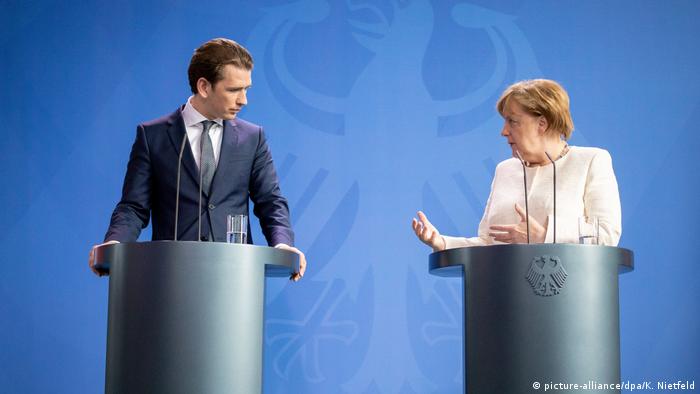 Sebastian Kurz may well feel like a guest who turns up to dinner only to find that the host couple have gotten into a fight and aren't speaking to one another. The Austrian chancellor is in Germany for meetings with his counterpart, Angela Merkel, and Interior Minister Horst Seehofer, who are engaged in a major row over refugee policy. Seehofer would like Germany to begin turning back asylum-seekers at its borders, while Merkel insists on finding an EU solution to illegal migration that would involve enhanced controls along the bloc's external borders.

"The issue has the potential to seriously damage Europe," Merkel told reporters as she welcomed Kurz to Berlin, characterizing the protection of the EU's external borders as "crucial."

Austria plays a key role in this issue. Firstly, Germany's border with its southern neighbor would likely be the one most affected by Seehofer's idea. And, secondly, Austria assumes the rotating presidency of the Council of the European Union in July and has vowed to make the issue of migration central to its six-month tenure.

"We've consciously chosen to focus on the topic of security," Kurz said, adding that his government sought "more cooperation in Europe." 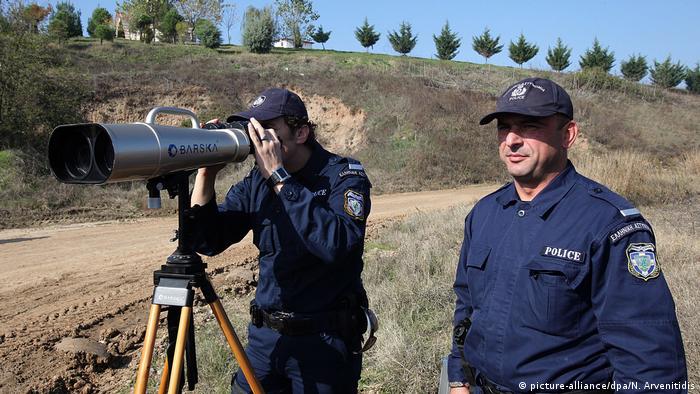 Beefing up Frontex is the way to go, said the two chancellors

Asylum not for everyone

Kurz has offered Merkel some welcome support amid Germany's domestic squabbling, . The 31-year-old Austrian chancellor is often considered more stringently conservative than the centrist veteran Merkel, but, on migration, they largely see eye to eye.

Merkel was visibly pleased when Kurz told reporters that he favored more personnel, better funding and an expanded mandate for the European Border and Coast Guard Agency, Frontex, even if the Austrian chancellor's language is more restrictive than her own.

"Not everyone in the world who is persecuted can find a better life in Europe, and specifically central Europe," Kurz said, adding that his aim was to "stop people from making their way through Europe to apply for asylum in Austria, Germany or Sweden."

Strikingly, it was Kurz to whom reporters directed their initial questions. And he walked a tightrope, underscoring his common line with Merkel, while refraining from directly rebuffing Seehofer.

"I'm not getting involved in this internal German debate," Kurz said. "Austria is interested in stopping the flow of illegal migrants. A strong European solution can only consist of a strengthening of our external borders." 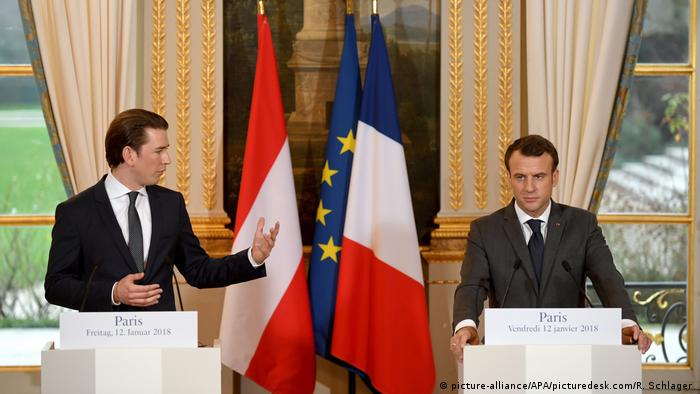 Merkel will also be happy about Kurz's remarks on another pressing issue: EU integration after the departure of the United Kingdom.

French President Emmanuel Macron has floated the idea of increasing the scope of the EU and transferring more authority, including financially, to Brussels. German officials are deeply skeptical about this idea, as are their southern neighbors.

"We definitely won't be supporting Macron's ideas for a European finance minister and collectivization of debt," Kurz said.

He added that, in his view, the EU should focus on bigger issues and keep out of the smaller ones that he said were the responsibility of individual member states. Even if he goes further on this score than Merkel, his is still a position the German chancellor can live with. 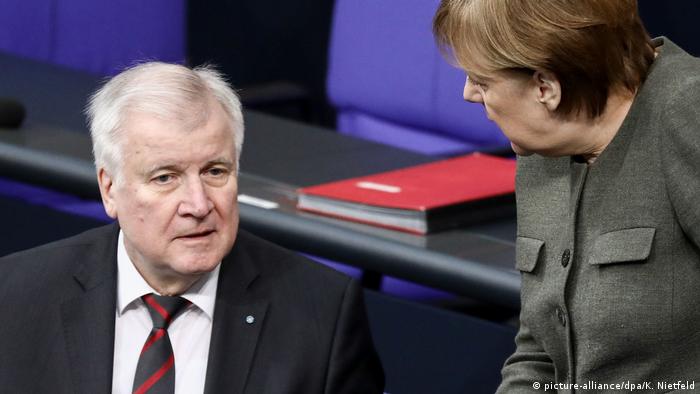 For her part, Merkel said  the conflict with the United States at last weekend's G7 summit had reinforced her belief that the EU needs to speak with one voice on foreign policy.

She also sought to play down the conflict with Seehofer, who was forced to postpone the announcement of his "master plan" for migration — originally scheduled for Tuesday — because of the row over national versus EU borders.

Merkel called the master plan "important" and said she and Seehofer had agreed to keep talking to resolve their differences.

But that hardly ends the awkwardness. Kurz is going to need to be at his diplomatic best for the latter half of his Germany visit, when he's scheduled to call on none other than Seehofer himself.

Spain to take in Aquarius