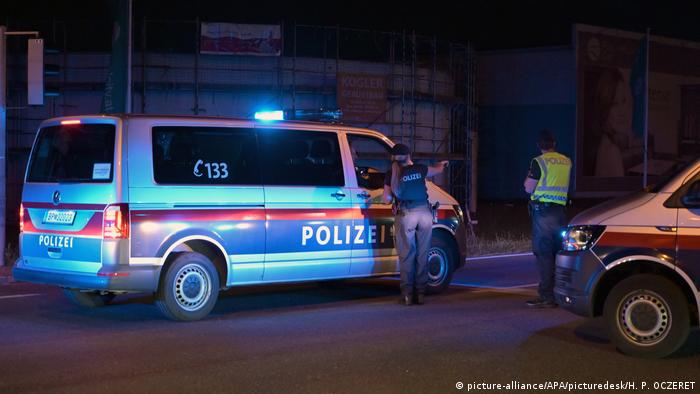 Austrian counter-terrorism authorities have begun an investigation after a 43-year-old man believed to be an ethnic Chechen was shot dead near the capital Vienna, police officials said Sunday.

The attack took place Saturday evening in Gerasdorf near Vienna in the driveway of a construction company.

Austrian police say they have detained a 47-year-old Russian man following a car chase in the city of Linz, about 180 kilometers east of the capital.

A second man, who had initially been considered a witness, was arrested later on Sunday and taken in investigative custody, a court spokesman said.

"The circumstances of the crime are unclear," police said but added that Austria's State Office for the Protection of the Constitution and Counter-Terrorism is now handling the investigation.

Austrian daily Kurier said the victim was a vocal critic of Ramzan Kadyrov, the leader of Russia's Chechnya region for more than 10 years.

Austrian authorities said the victim arrived in the country as a refugee in 2007 and had refused police protection.

Saturday's assassination comes amid growing concern over the safety of Chechen dissidents living in exile.

In January, Chechen opposition leader Imran Aliev was found stabbed to death 135 times in a hotel room in the northern French city of Lille.

Read more: Opinion: Russia still lives in the shadow of the Chechen war

German prosecutors have accused Moscow of being behind the killing of an ethnic Chechen man in Berlin last year.

In 2009, a Chechen refugee was shot dead in a Vienna street. Investigators concluded that the assassination had been a botched kidnapping, probably with Kadyrov's knowledge.

Chechnya is a predominantly Muslim Russian republic. Two wars in the 1990s spurred a wave of emigration, with many Chechens leaving for western Europe.

More Chechens have escaped into exile in recent years due to disagreements with Kadyrov. Critics have accused the pro-Kremlin Kadyrov of widespread human rights violations and his leadership of corruption.

A court in Augsburg has fined a refugee from the Chechen Republic after he shared a DW article on his Facebook page. According to the ruling, he propagated the insignia of the Islamic State group. (22.08.2019)

More than 10 years ago, the Dulatov family fled from Chechnya to Germany. Now, the Dulatov brothers are sought-after fashion models – though their ultimate goal is to become professional MMA fighters. (02.11.2019)

Georgian's death in Berlin was a Russian-ordered assassination, prosecutors believe

In August last year, a Georgian man was gunned down in public in Berlin. Prosecutors have now confirmed that they will seek to prove in court that it was a hit ordered by the Russian government. (18.06.2020)